Anyone who has ever done a DIY project knows that it’s easy to make mistakes, especially when it comes to supplies.

No matter how much I prepare for a project, I can never seem to buy the correct amount of stuff — I always end up with too much or too little.

One man, who goes by “notadeckofcards” on Imgur, knows all too well what this is like. When he redid an old DIY project, he ended up with a bunch of leftover materials — wood, hinges, doors, etc.

Instead of just throwing them away, he realized the leftovers would be perfect for a dog house!

His sister-in-law was about to get a new puppy, and since he was handy, he knew he could make the new pup the perfect new home.

To congratulate his sister-in-law on the new addition, he wanted to give her the dog house as a surprise. 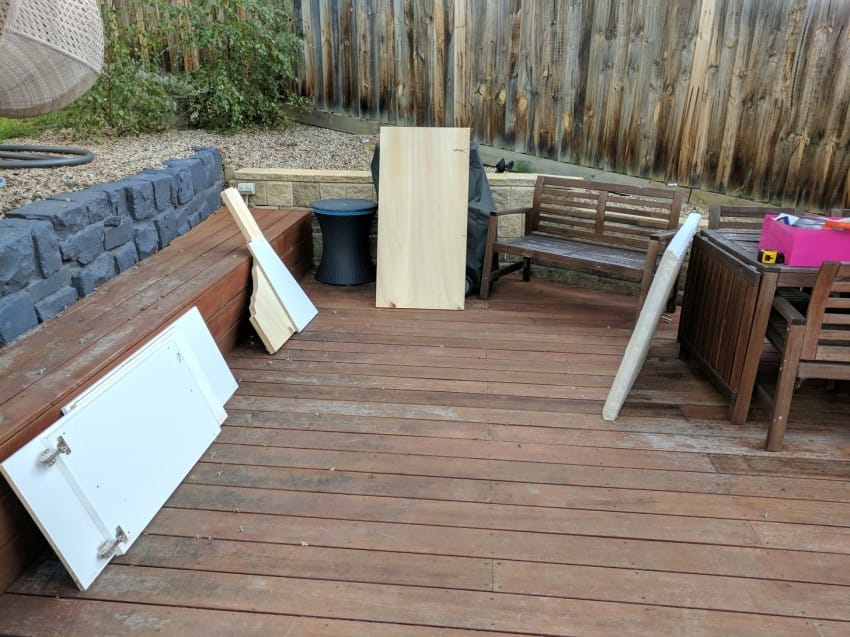 After deciding to redo an old day bed, he decided to get started on a new project. He wrote:

The new design meant I had a lot of leftover materials that were used for the day bed, and conveniently my sister-in-law was just about to get a new puppy, so I decided to make her a house for it as a surprise. 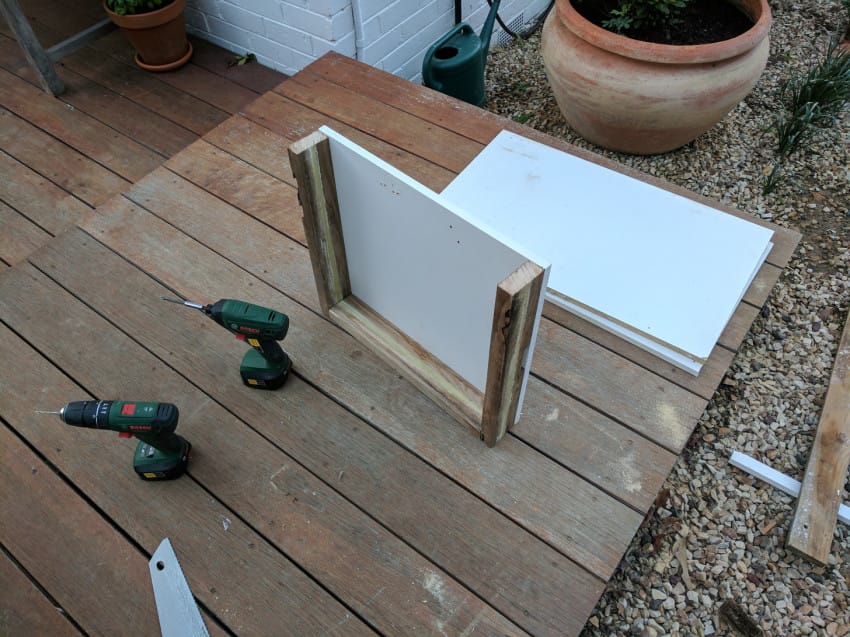 Surveying the state of play — should be more than enough wood to pull it off.

Since the wood was melamine I built an internal frame. 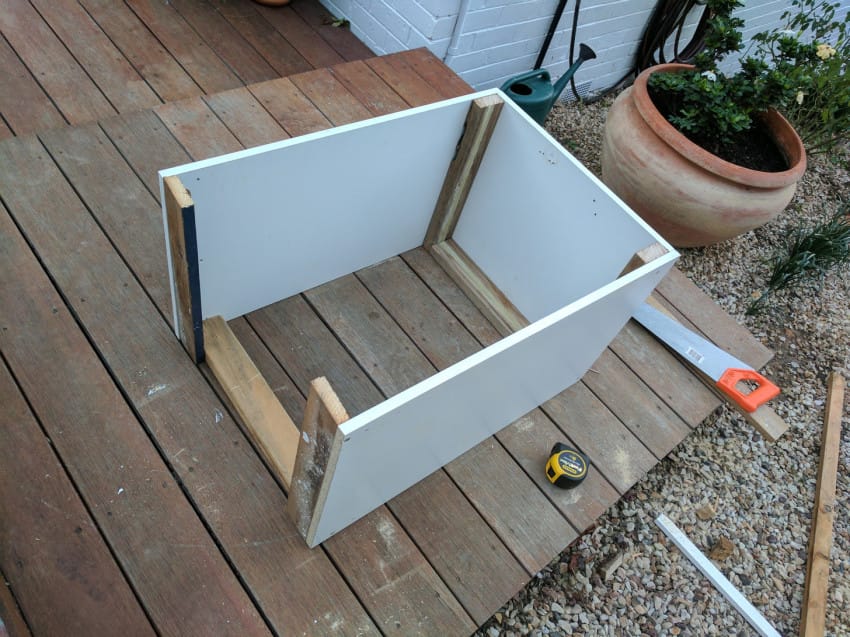 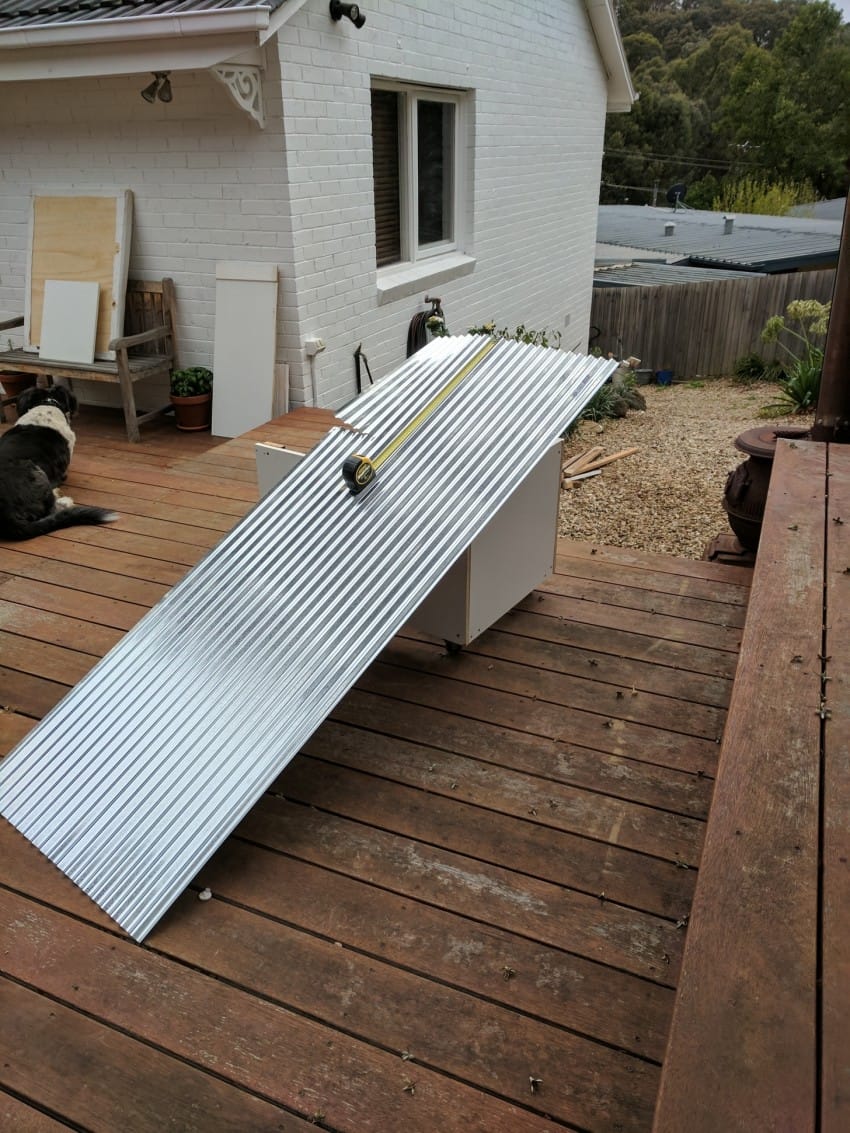 The only thing I needed to buy was the roof which cost $20.

I went with corrugated iron as I wanted it to look more like a little house than a kennel. 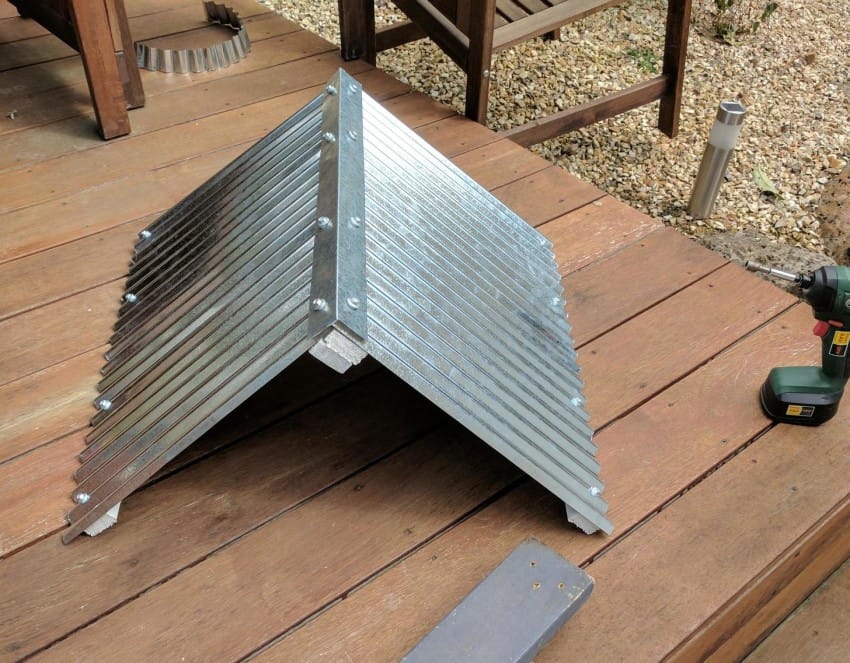 After thoroughly cutting up my hands on the edges of the iron, I had my roof cut to size.

I pre-drilled holes in the tin and then fastened it to an internal frame with hexagonal head tek screws with rubber washers for waterproofing. 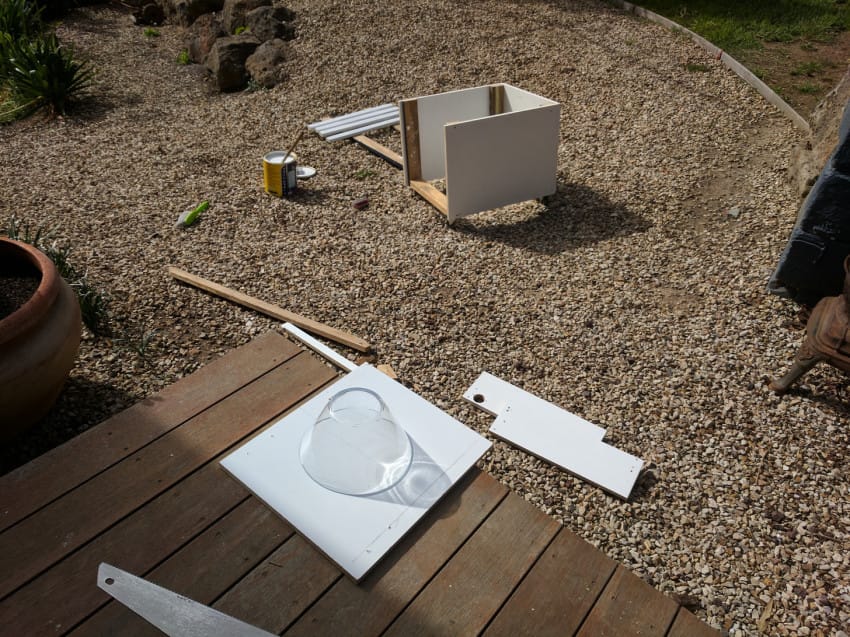 Moving onto the entrance I used a really sophisticated measuring device to get the curve just right. 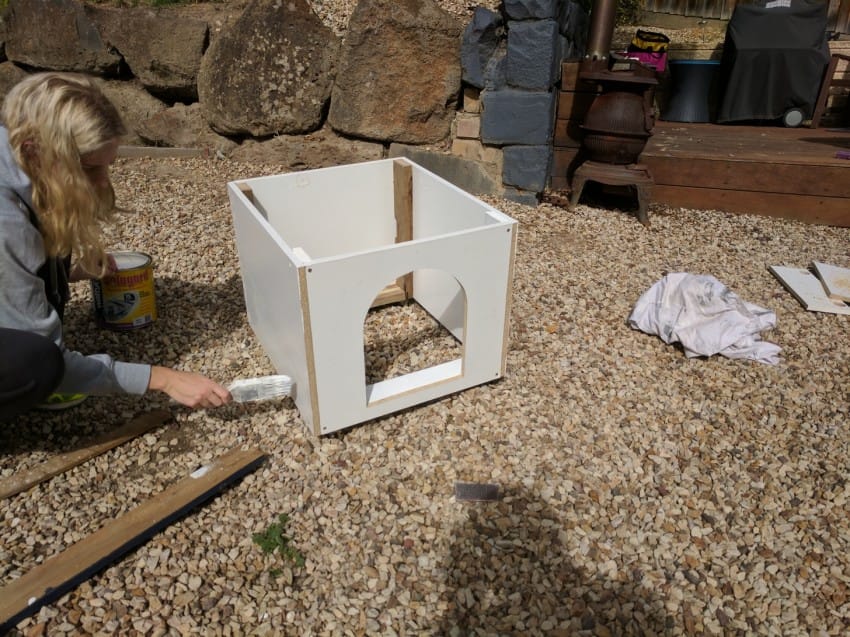 My wife was very helpful and did most of the painting.

They painted the house white to continue with the theme of tiny house versus dog kennel. 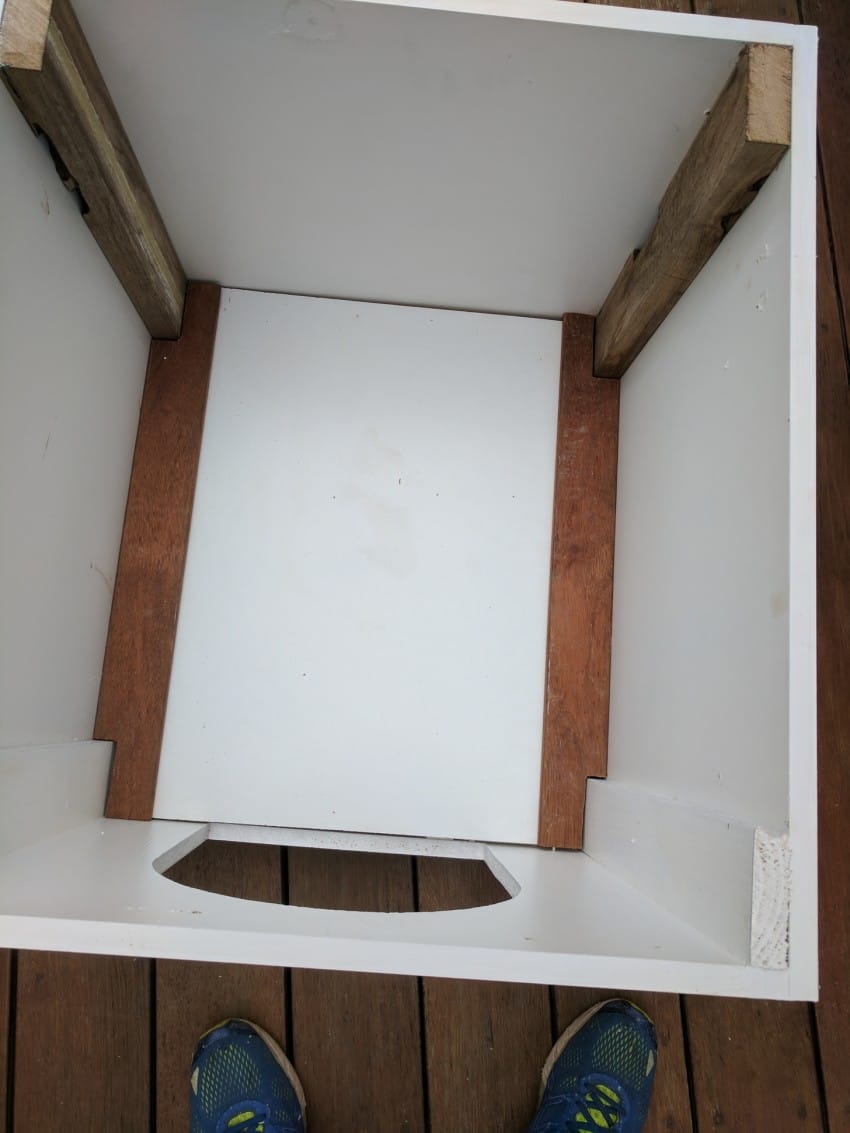 I didn’t have a leftover bit of wood the exact width of the floor so I made it work using a couple of carefully cut planks for either side. 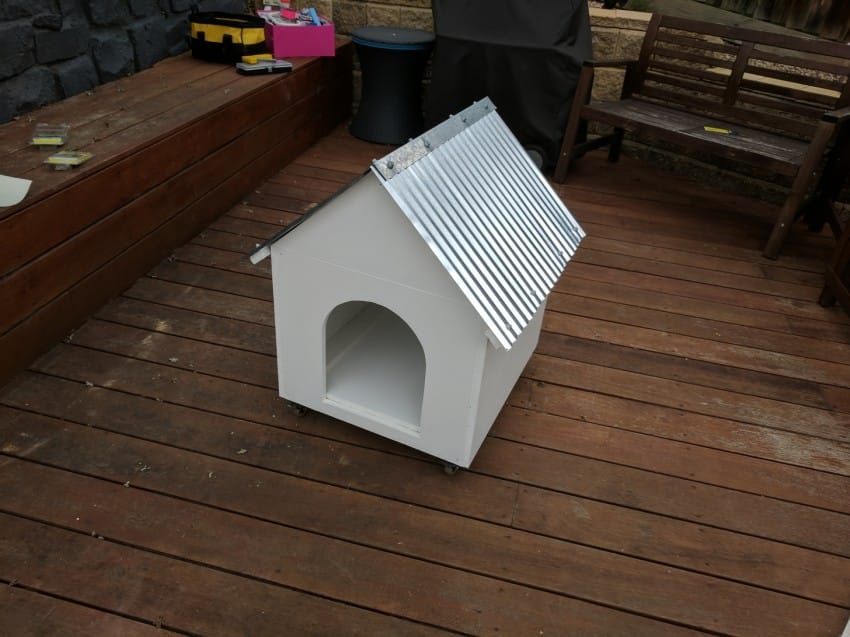 Put the roof on and it was looking good! I had some spare caster wheels so put them on too.

The wheels raised it up off the ground and out of the weather if they keep it outside, or they can take them off if they choose somewhere inside. 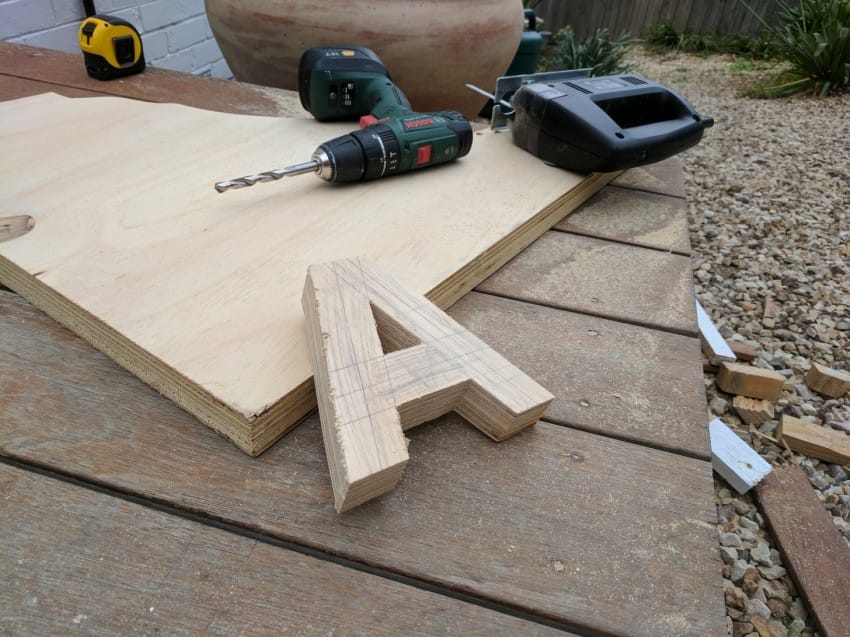 I felt the front was a bit bare so decide [sic] to personalise it a little by adding a letter for the name of the dog. In this case it was an A. 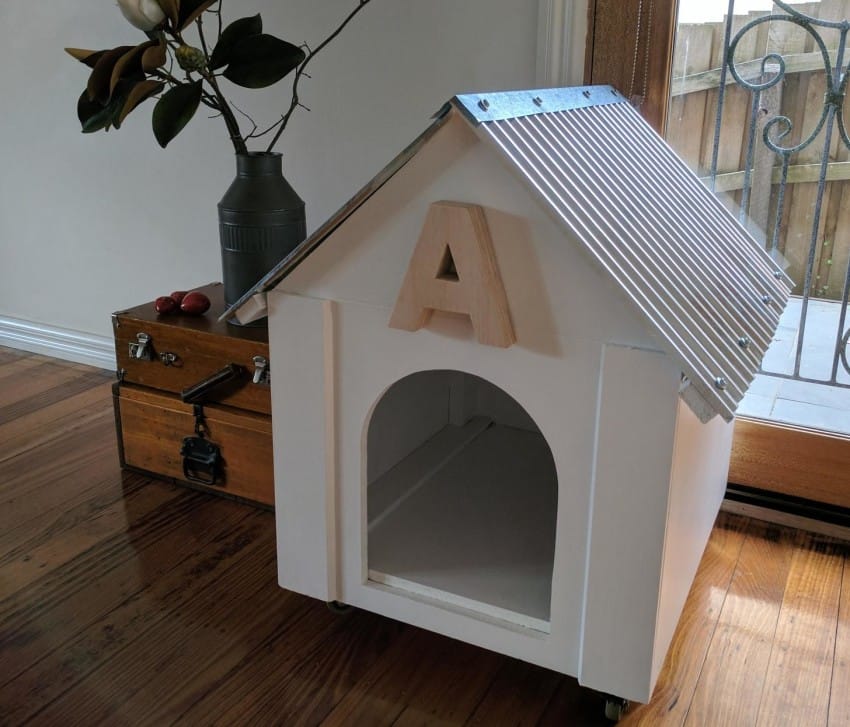 It was looking so good where they were putting it for the time being (at least to us).

Now to play the waiting game for the puppy to arrive. 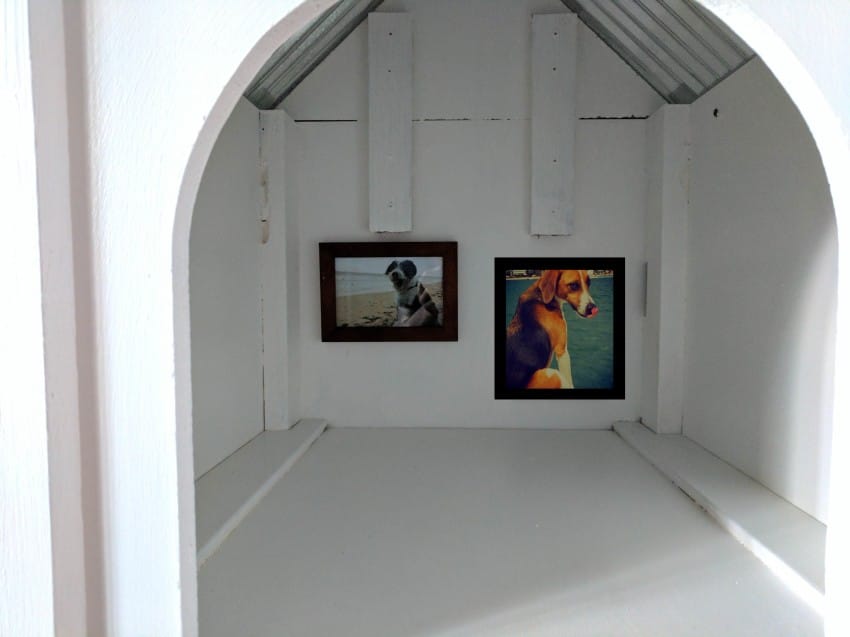 We wanted the puppy to get to know his friends too, so we put photos of our dog and our friends dog in there for him. 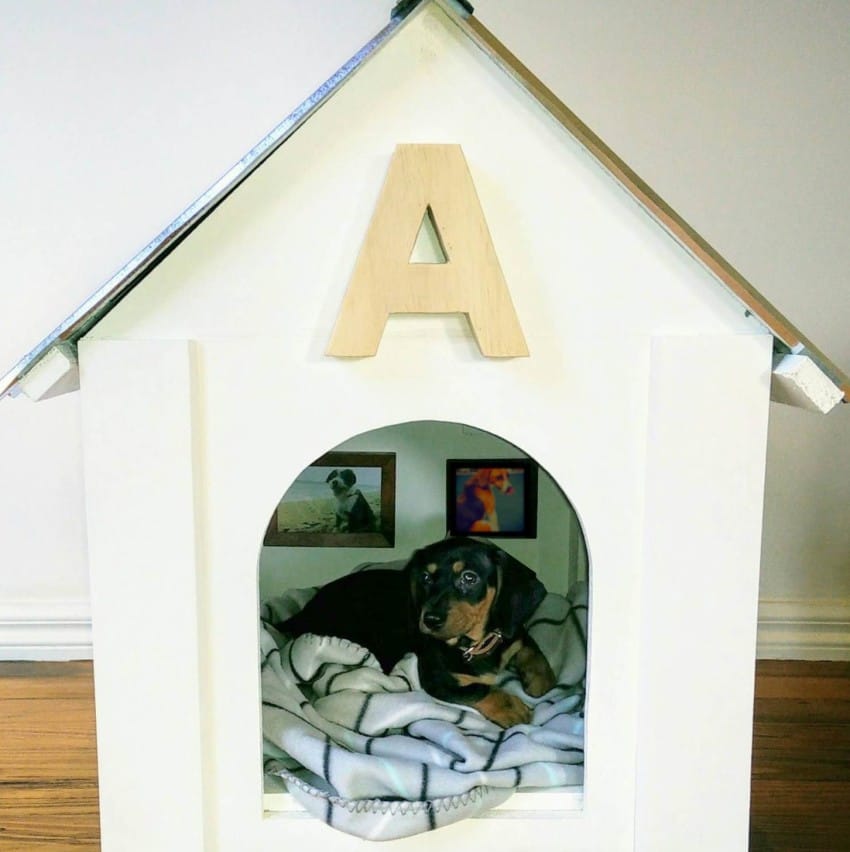 He’s definitely the centre of attention and we’re looking forward to him meeting the other dogs (aka his new best friends).