Rod Espinosa from Southwest Ranches, Fla., had started to believe he would never see Freda, his beloved Boxer, after the pet got lost on April 19, 2015, but he never stopped praying for a miracle. His miracle came true at the end of October, when a woman, 197 miles away called to tell him she had found Freda. 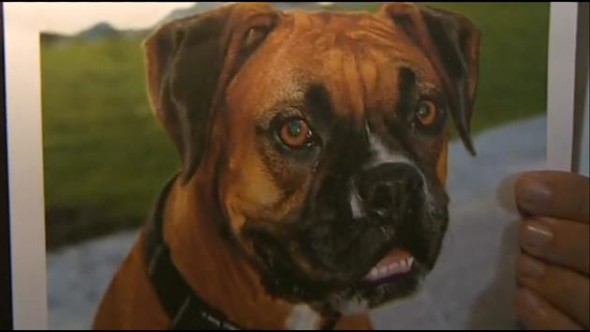 Espinosa posted fliers and checked on leads himself, but from all the lost dogs he met during his search, none of them were his beloved Freda. The desperate man even hired a private investigator to help find his dog.

“I can’t tell you how many calls that I’ve had that people said they have my dog, but then to find out it [only] looks like her,” the pet owner told WSVN.

With the passing months Espinosa’s hopes dwindled, but every night he said a prayer for his dog.

On Oct. 26, Espinosa got a call from Jenny, a woman who lives 197 miles away in Minneola, Fla. She left a voicemail saying she had found Freda and when the pet owner called back to verify the identity of the dog, he couldn’t believe what he heard.

Upon finding the dog Jenny called police and was asked to take the dog a vet. There, Freda was scanned for a microchip and one was found, that’s how the Good Samaritan was certain she had found Espinosa’s dog.

The next day Freda was reunited with her owner and the two couldn’t be any happier to be back together.

“You got lots of stories to tell us. Yes, you do,” Espinosa told his dog.

The pet owner might not know for sure where Freda spent the last six months, but he is glad she is back home for good.