Sometimes animals just know when we need some comforting. And what better than a hug when we’re down in the dumps? Our pets can sense this somehow. But in the case below, a man recovering from surgery got a reassuring cuddle from a strange cat!

Andrew Falloon took to Twitter to show the picture of the two snuggling just after his dad had come home from the hospital.

“My Dad is recovering from an operation. Mum went out and left a door slightly ajar. My parents do not have a cat,” read Andrew’s caption above the photo. 😀 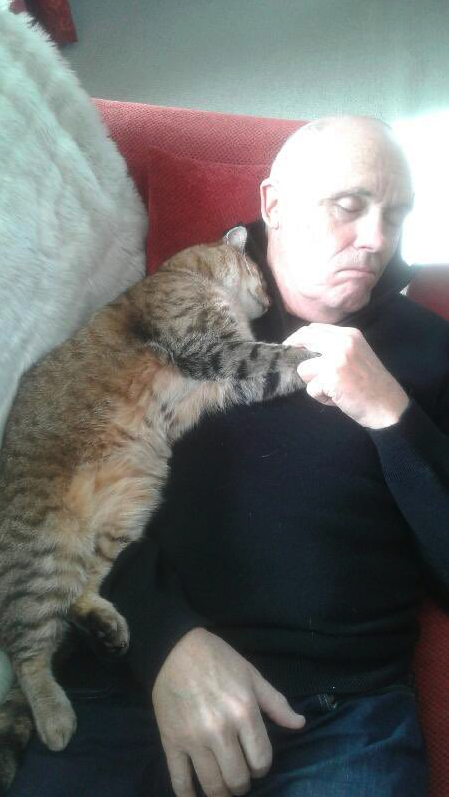 “Mum arrived home and found them cuddled up together on the couch,” Andrew told Bored Panda. “She snapped the photo before waking Dad up. He was pretty surprised to find the cat curled up!”

The tweet took on a life of its own and went viral, and the family is happy that it made some people smile.

They’ve seen the cat around before, and he’s from somewhere in their neighborhood and often wanders around. I guess the cat just felt he could offer a little comfort to someone in need! 🙂