Surachet Klaewkla, of Thailand, was on his way to work when he heard crying sounds coming from a nearby construction site. 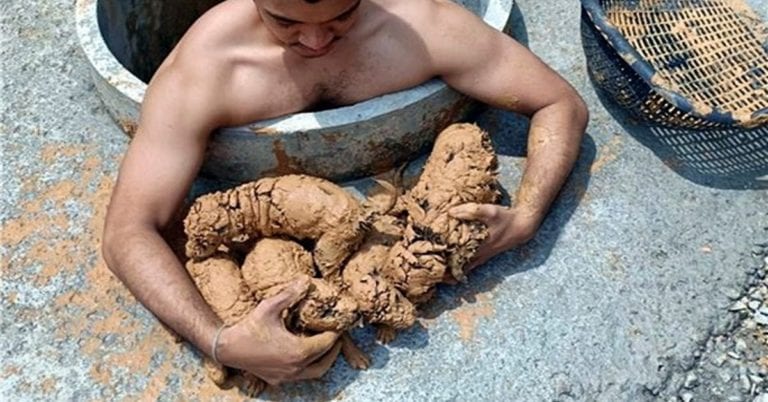 As he looked inside, he noticed five little animals who were so badly covered in mud that he couldn’t even tell what they were. He immediately jumped inside the well to rescue these poor animals and lifted them out one by one. 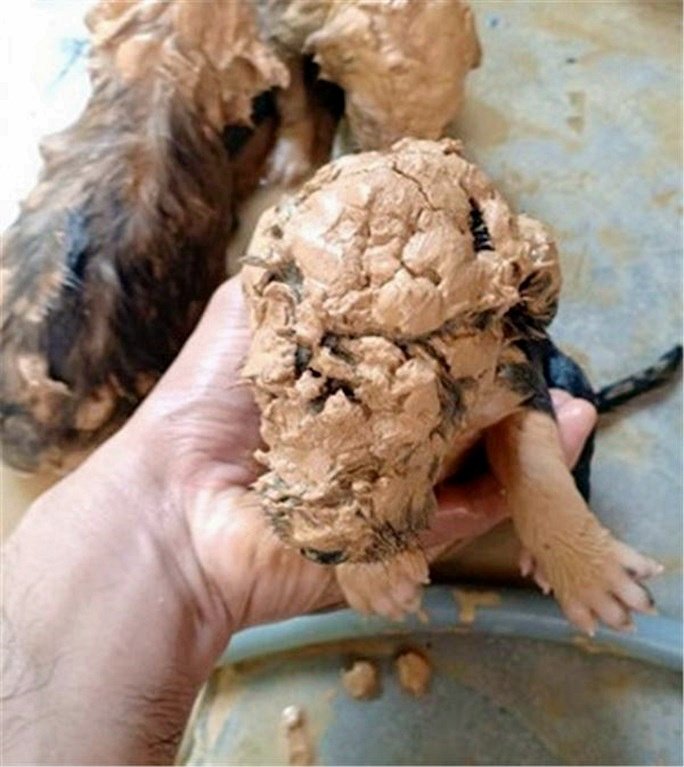 Once he got a better look at them, he realized that they were newborn puppies. The mud was so caked on that it was a miracle these pups didn’t suffocate. 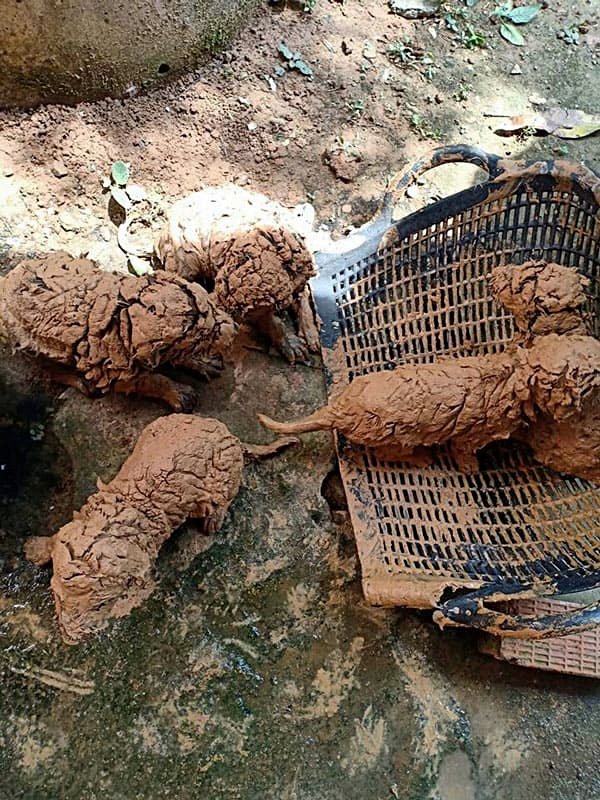 It’s unknown exactly how these pups got in the well, but Surachet suspects their mother was a stray who either gave birth in the well, or put her pups there for safe keeping. 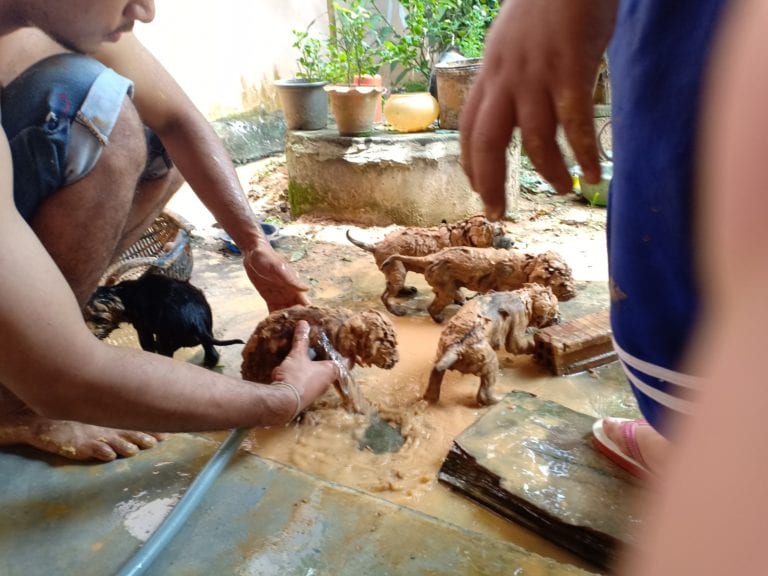 Unfortunately, there mother was nowhere to be found, so Surachet brought the puppies home to wash all of the mud off and feed them. 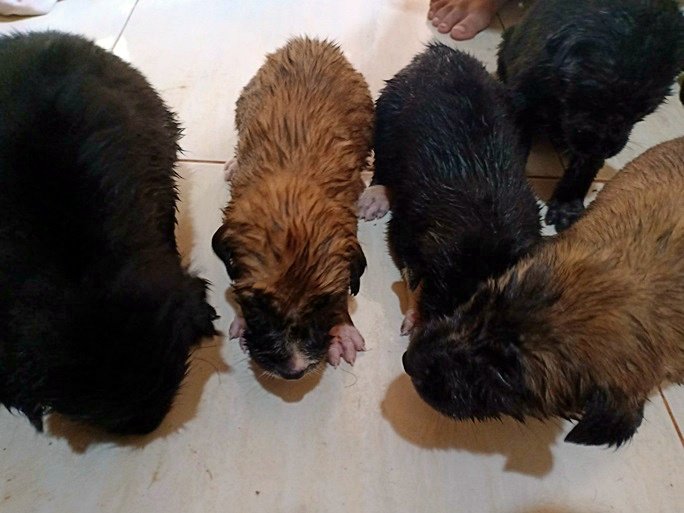 As he washed away the mud, he revealed how adorable these pups were. They turned out to be extremely fluffy! 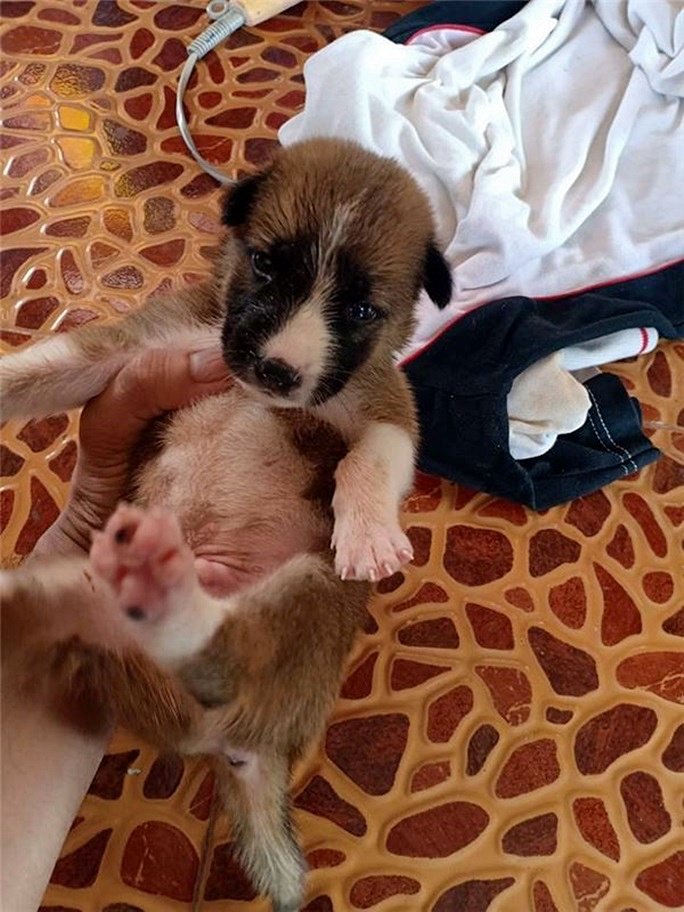 The family fell in love with these furry babies and decided to adopt all five of them!