The people of the northern Canadian city of Iqaluit absolutely understand what the meaning of the word cold is. Let’s just say it’s not a shorts and tee shirt kind of place. The wind-chill can make things feel like minus 60 degrees, and they don’t get a whole lot of sun. So when it comes time to walk the shelter dogs, people aren’t exactly lining up to do it. That is, unless you’re Francois Ouellette. 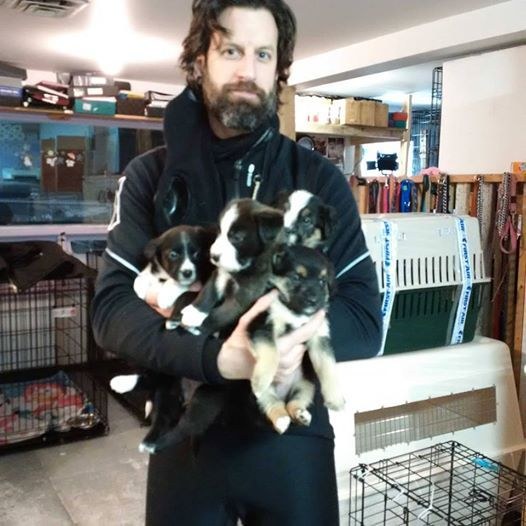 “This time of year when a lot of volunteers are gone and a lot of the dogs don’t get as many walks, they just love going out there and stretching their legs,” Ouellette said in an interview with The Dodo. 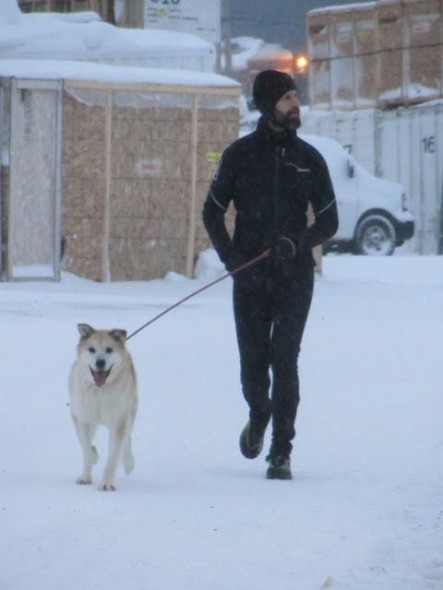 Ouellette is also a principal at a local school, but his real passion is in helping to take care of the dogs.  They crave the ability to run in wild and open spaces.  It’s simply in their DNA.  Thanks to Ouellette, the dogs get a chance to do this far more often.

“Most of the dogs are a sled dog mix,” Ouellette said.  “We call them an ‘Iqaluit special’ — a husky mixed with something. Kind of like Spam — you know there is ham in there but you don’t know what the other half is.” 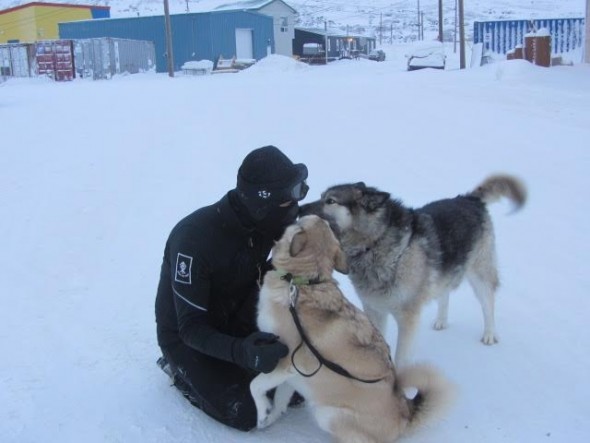 It does take a while for him to get his gear together.  It’s unwise to go out of doors even for just a few minutes when it’s really cold out there, so he takes the necessary precautions.  It keeps both him and the dogs safer out there.

“I have a face mask and goggles and, basically, there is no skin exposed,” he said. 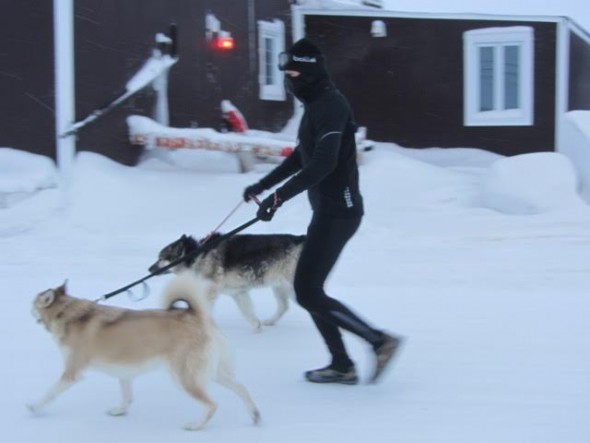 He even has specially made shoes to help him grip in icy situations.  They have what amount to nails that are screwed right into the bottoms.  As mentioned, these dogs are commonly used for sleds, and one of their biggest instincts is to pull.  And boy do they pull!

“It is actually a bicep workout at the same time, holding onto that leash so the dog doesn’t take off running, so you really hold on,” said Ouellette.  “A lot of the dogs are skittish around humans, too.” 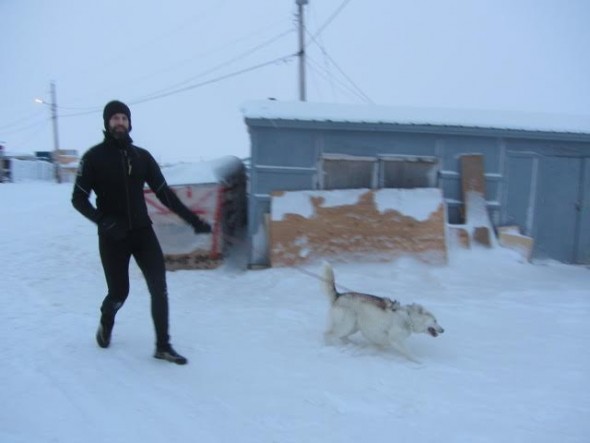 It may be absolutely cold, but he loves these dogs and would clearly do anything for them.  It’s taken a lot of effort, buying and even making some special gear, and doing double duty protecting himself from the cold, but there’s nothing else he would rather be doing. 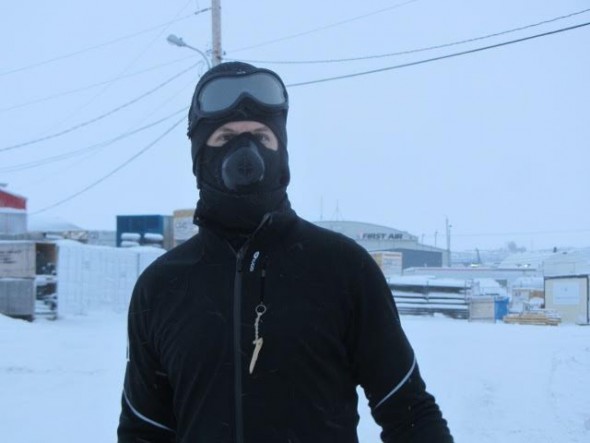