No one can predict what will happen in a moment of distress or anguish. More so, that even, amidst the tattered mayhem that’s engulfing you, and ember of bravery may inspire you to risk your life to save someone else’s. But sometimes good deeds are accomplished unexpectedly by everyday superheroes.

As neighbours called 911 and looked on from the front lawn as the fire consumed the home, a total stranger suddenly leapt into action.

“This guy in a grey Mustang pulls up, says, ‘I do this for a living,’ and he runs in and he comes out about two minutes later with this beautiful dog in his arms, and it was incredible to see,” Jimmy Nichols, the man who shot the above video, told WSMV News in Nashville, Tennessee. 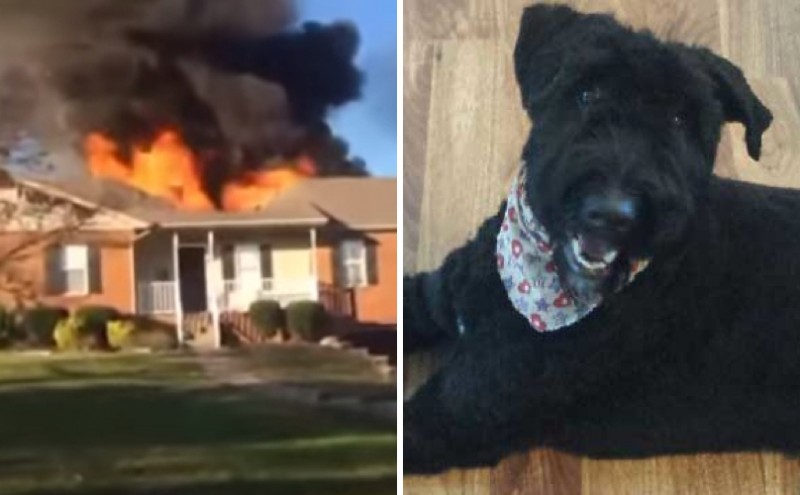 For several tense minutes, we don’t see the Good Samaritan emerge from the burning home, as flames continue to consume the roof and upper levels.

The man’s decision to run in after the dog isn’t universally-admired either, with one of the bystanders calling the man an “idiot” as he waits for him to return.
Eventually the man emerges, dog safely in tow.

Eventually, the family was able to identify Sampson’s rescuer as Tim Tawater, an off-duty Springfield firefighter – which would explain the “I do this for a living” comment.

“I want to really thank him for everything he has done. It’s just really an act of kindness,” the couple’s 13-year-old daughter Kirsten Spilka told WKRN-TV in Nashville, Tennessee.