Living on the streets is hard enough, but being homeless in the winter is particularly brutal. Last winter, a 6-month-old stray cat was freezing on the side of the road. The subzero temperatures meant she was practically frozen solid, and still, nobody stopped to help.

In an incredible video uploaded to YouTube last March, we see a man take pity on the frozen 6-month-old kitty, ultimately rescuing her and saving her life. The video has been viewed over 5.1 MILLION times. And for a good reason— the story is utterly incredible.
YouTuber CatPusic was walking along a frozen roadway when he noticed a cat that was in very bad shape. The area was busy with vehicles, but still, nobody stopped or cared. The kitty’s fur was frozen solid. It didn’t even look alive. Luckily, unlike the others, this man knew he had to help. 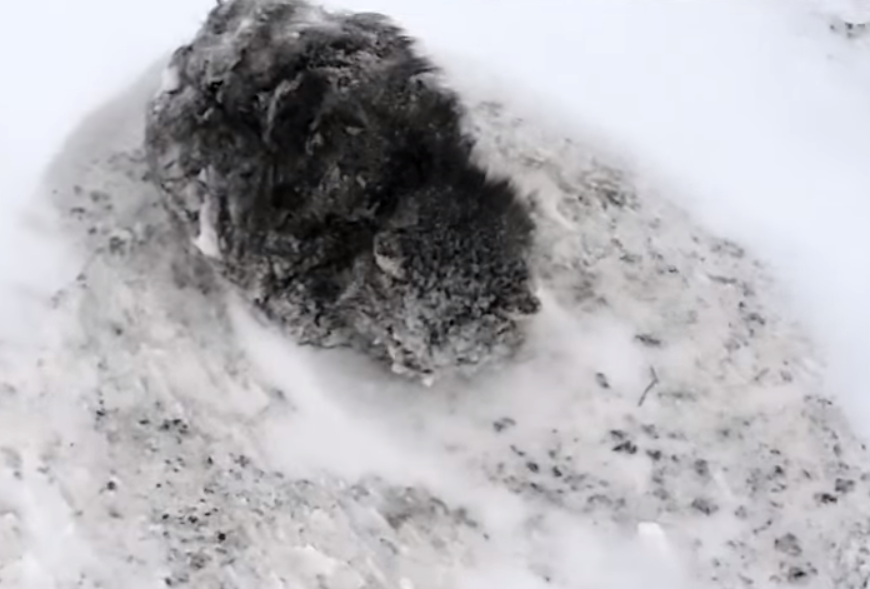 CatPusic scooped up the frozen kitty and brought her home to warm up. She thawed with the help of a hot radiator and was so grateful to be out of the cold. 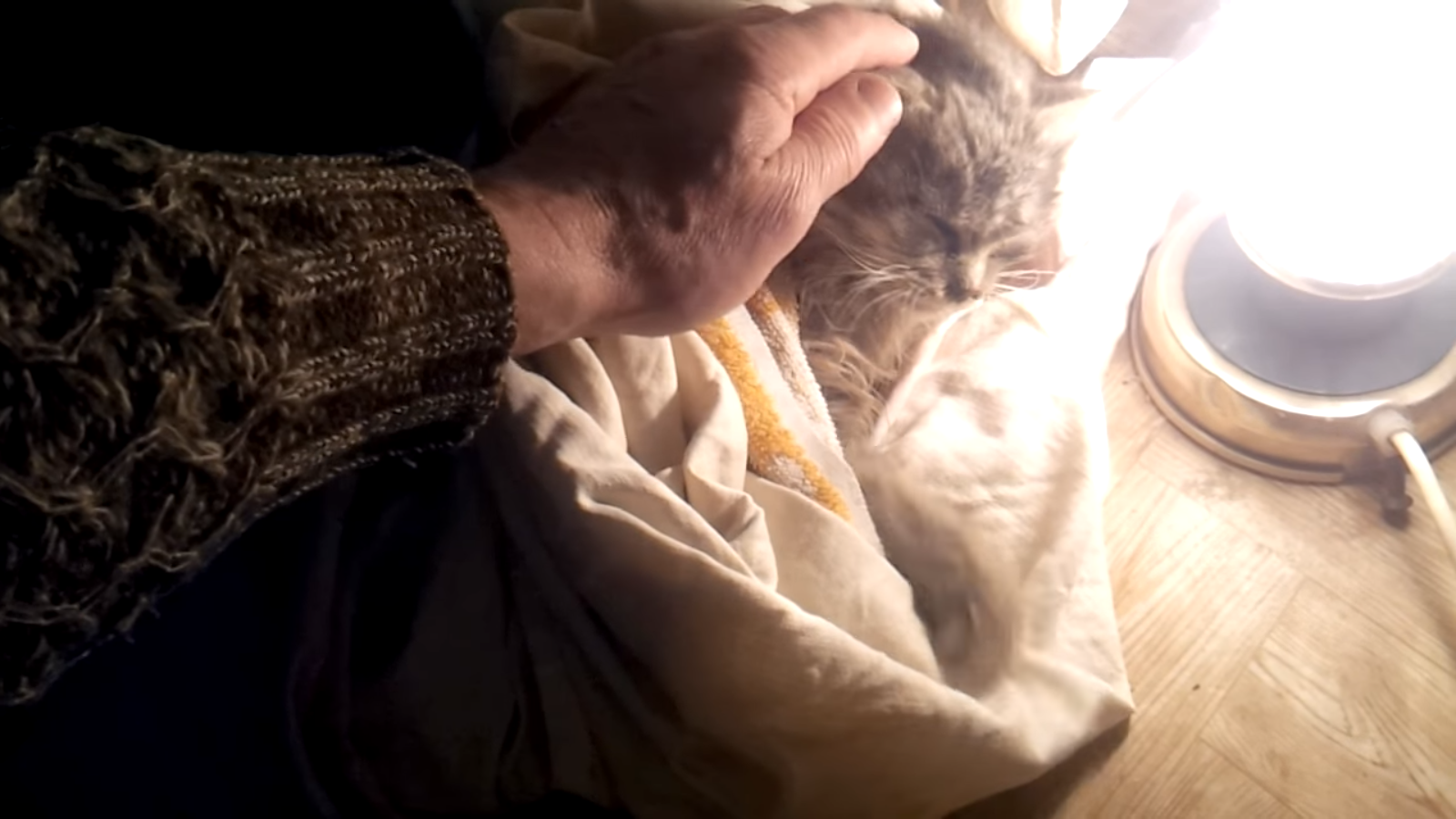 At the first opportunity, the cat was taken to a vet. It was here that CatPusic learned Nika was only 6-months-old. Although the kitten was relatively healthy, she had suffered frostbite because of the cold and half of her tail would have to be amputated. 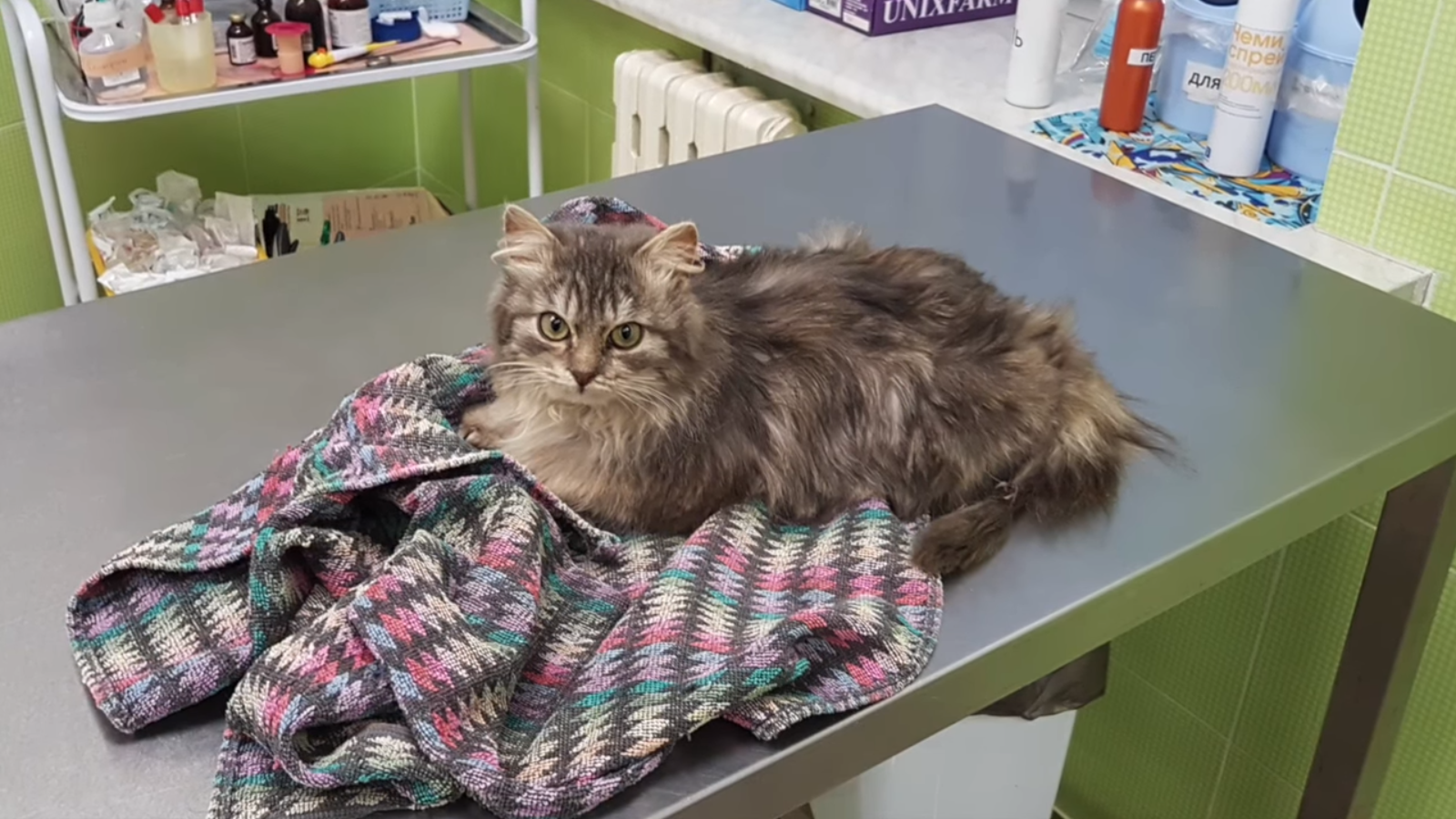 Nika recovered from her tail amputation like a champ, and to be honest, it didn’t even slow her down. After two weeks of treatments, the fluffy grey kitten looked just as good as new! 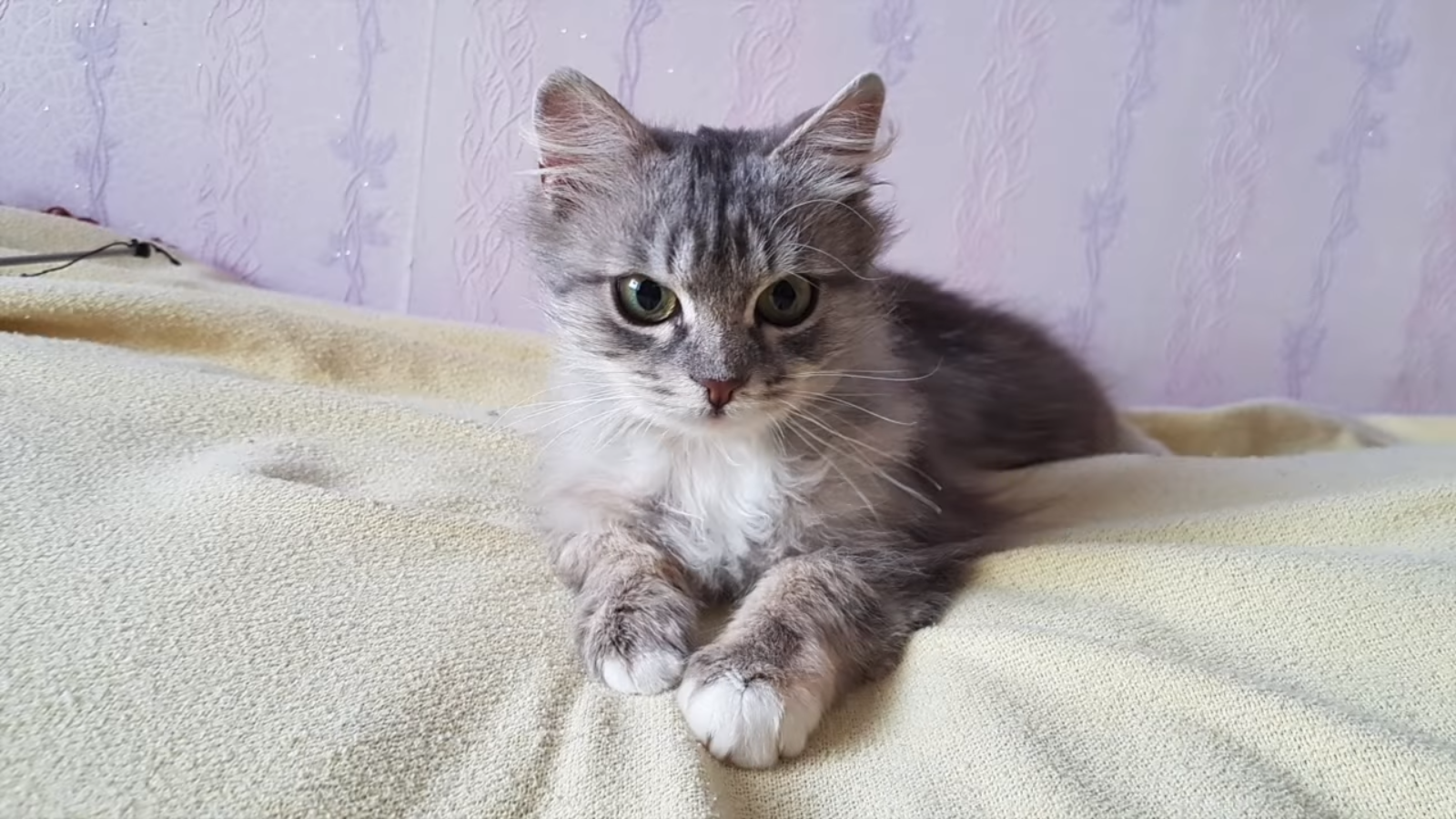 In the video uploaded by CatPusic you see the healthy-looking kitten with a sparkle in her eye. And to think that just a few weeks ago, she was literally on the brink of death.

Without CatPusic, it’s fair to say that Nika wouldn’t have stood a chance. This poor little baby would have died on the road if nobody else had stepped in. When you compare Nika’s before and after pictures, it doesn’t even look like the same cat. The poor lifeless frozen kitty is gone for good now —with a vibrant, loving companion forever taking her place. 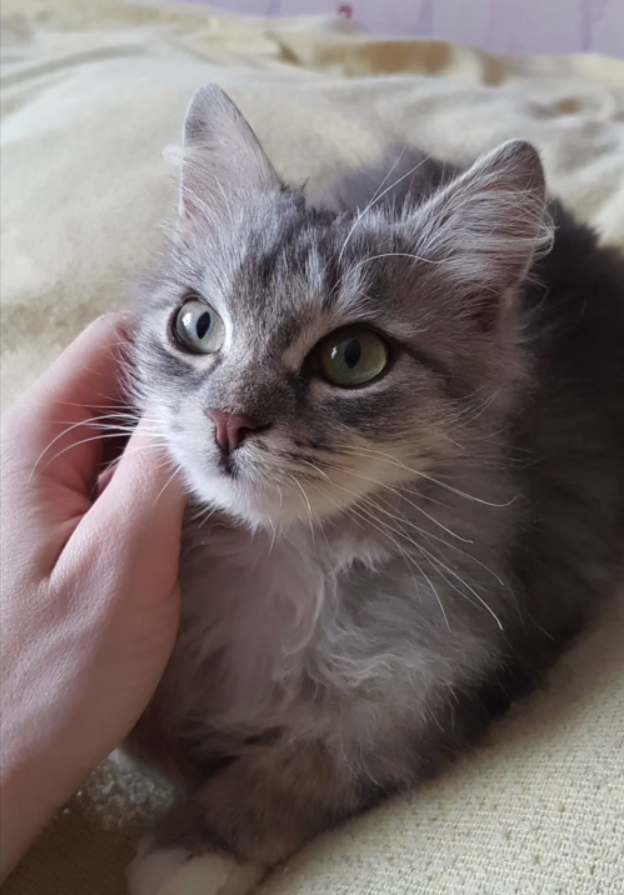 Hear the incredible story below. 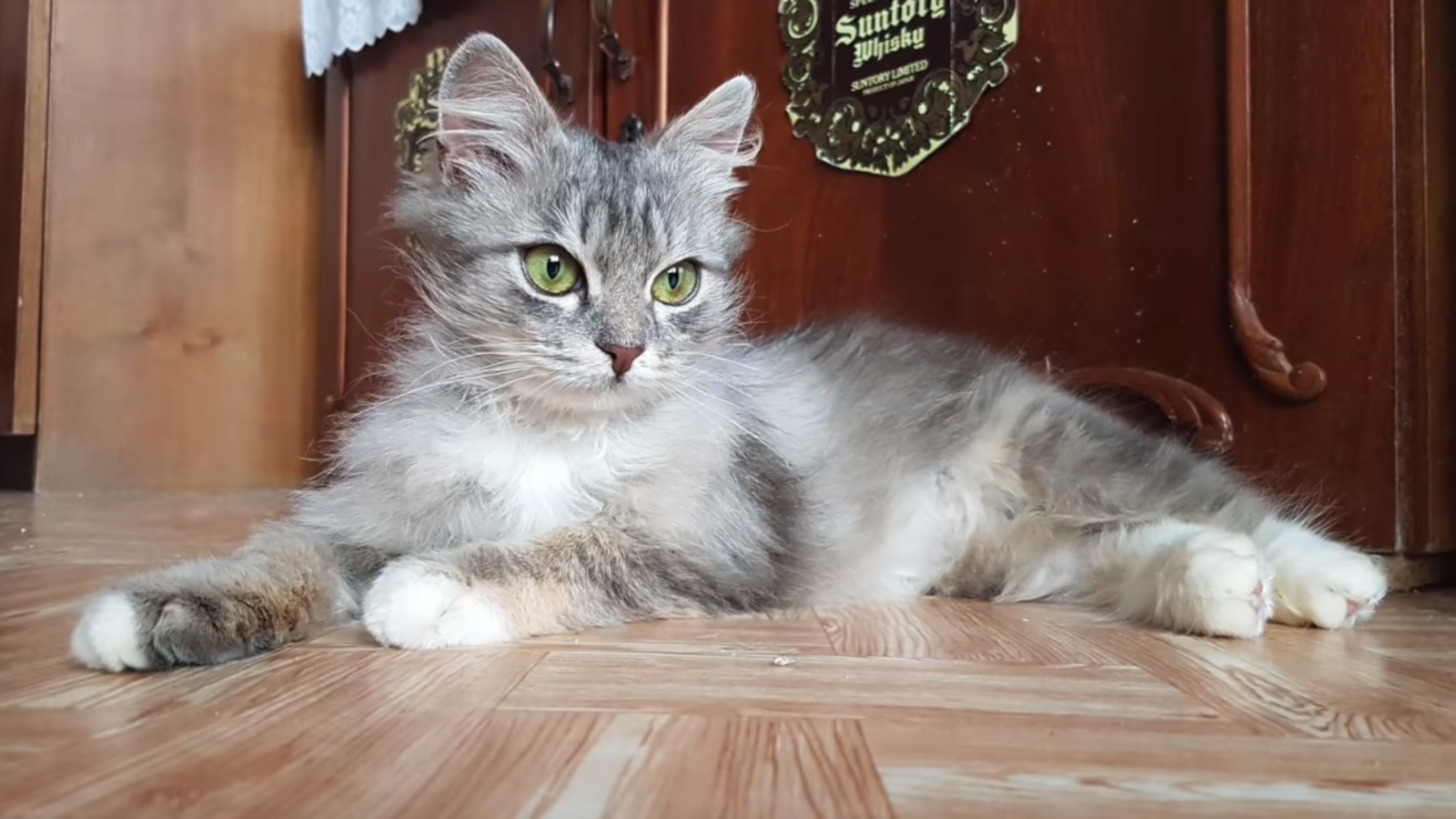