Balu is so dedicated to animals that he’s spent the last 10 years saving up enough money to buy an ambulance, which he will use to save stray animals in need of urgent medical care.  He’s no veterinarian, but Balu has learned what he needs to handle a life or death situation, and now he and his wife have already saved the lives of a number of ill and injured dogs.

Parts of this video are not in English, but there are subtitles, and it is well worth the watch to see how much love and devotion this man has for India’s stray and street animals. 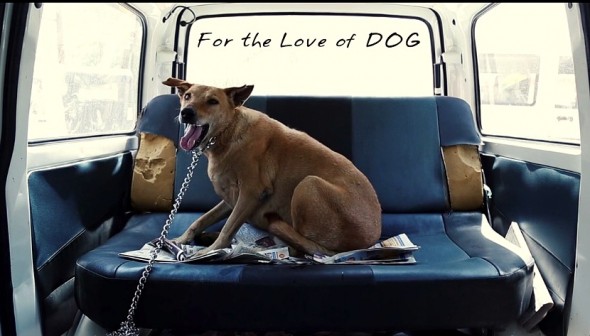 “In the beginning, I was a little afraid of dogs.  But then when I began working with them, I got to understand,” Balu explained (translated into English).  “I decided that I’m not going to do anything else – whatever I do has to be with animals.  Now I am married, and my wife is an animal lover, as well.”

He earns a living by charging a minimal amount to pet owners and the NGO (Non Governmental Organization) for transport and boarding. 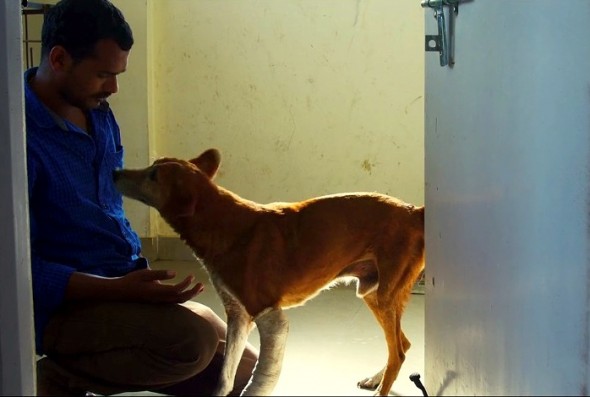 “I keep five to six dogs at home, some with broken legs and paws,” Balu said.

Dogs that don’t stay with him are often entrusted to Vinod Salvi, who runs Pets Force. 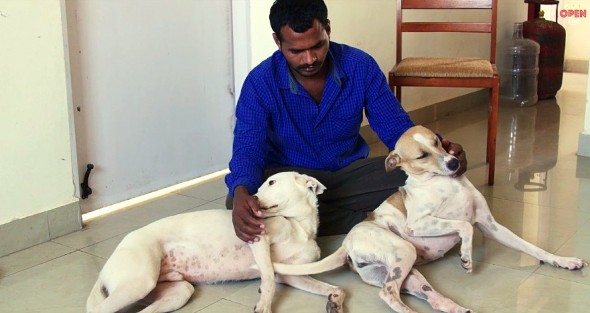 “I don’t like the name, ‘shelter,’ Vinod explained. “It means keeping dogs inside small rooms. So I like the name ‘farm,’ not ‘shelter.’ Balu drops them off here; after that I manage their day care.”

Though most people are supportive, Balu often faces castigation and bullying from others who think these animals should just be killed. But he doesn’t care what they think – he knows the work he does is invaluable, and will continue to do so for as long as he can. 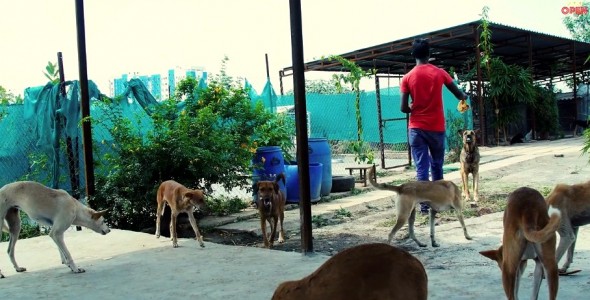