Ace is just a regular pup…who did something absolutely heroic.

While out walking, the New Jersey dog’s owner began to notice that his pooch was acting in a strange manner. It was almost as though Ace’s doggy instincts had kicked in and the pup began leading his dad in a specific direction. The pair finally stopped outside an abandoned house and it was there that the duo discovered a baby abandoned pit bull lying lifeless on the concrete.

They rushed the pup to animal control. Not long after, Second Chance Rescue NYC was called and offered to take the cutie in. The staff took one look at him and weren’t sure he would survive the night…

Theo had experienced swelling of the brain and vision loss as a result of a terrible head trauma. 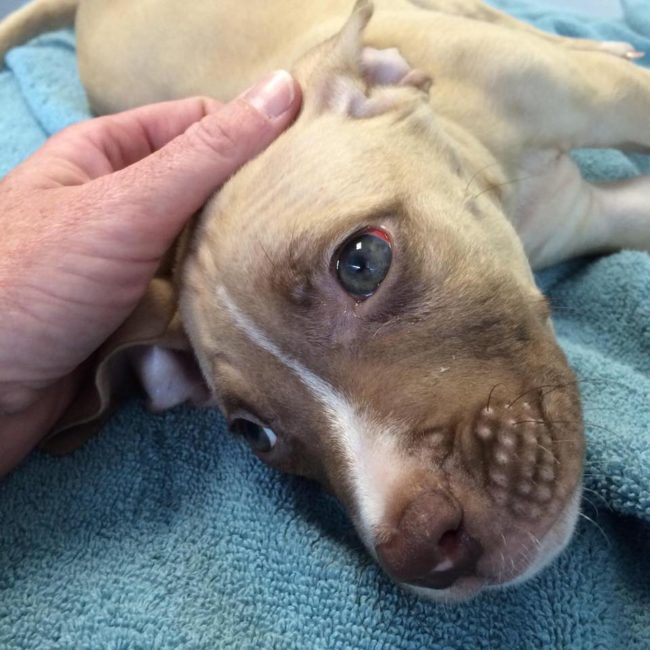 After some much-needed care, food, and health services, a miracle happened. The little guy, now named Theo, began moving and walking on his own. His vision slowly started to come back, too! 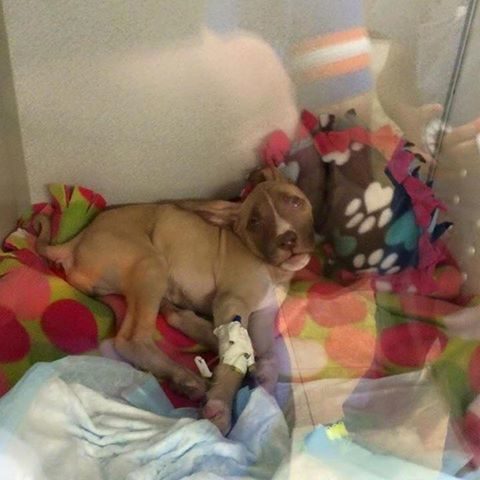