Joaquin Bastidas planned to explore Europe on his bike but never imagined that his trip would lead him to save seven puppies found tossed in a Serbian garbage dump. During the expedition, the cyclist pet rescuer, traveled across Europe, made new connections, learned new things, and most importantly found his best friend in one of the four-legged puppies he rescued. 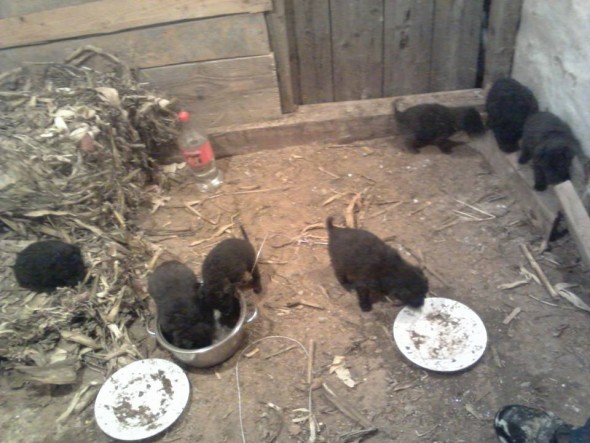 Bastidas studied veterinary medicine in Chile and traveled across his native country on his bike, but upon graduation he decided to travel to Europe, visit his sister in Vienna, and explore the European continent on his bike. His two-wheel excursion started in France and from there he traveled to Vienna. His plan was to finish his road trip in Turkey, but on his way there he made an unplanned 5-month stop in Serbia, where he worked in a sustainable green farm and stumbled upon the seven puppies he rescued from a garbage dump. 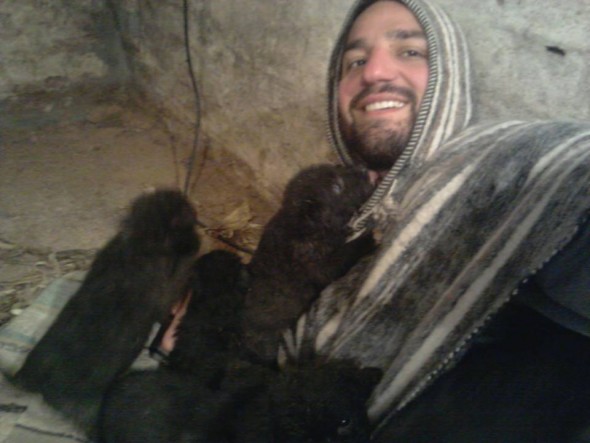 On January 2, 2015, he was assigned to go buy potatoes at a local store. Bastidas left on his bike, but due to the harsh winter he didn’t find potatoes. On his way back he made a detour and passed the local garbage dump, that’s when eh heard the cries of dogs. Being a natural dog lover and a certified vet, Bastidas knew that if there were dogs out in the open they wouldn’t survive the winter.

The cyclist made a stop and found seven black puppies roaming around looking for food and shelter. Knowing he couldn’t leave them there to their own fate, Bastidas went back home, asked the homeowner for permission to bring the dogs abck with him, and once he got his landlord’s approval, he picked up the pets, brought them home, nursed them and found them all good homes. 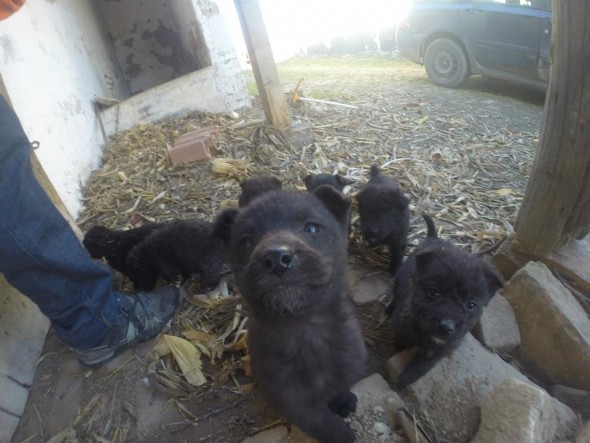 One of the lucky pets found a permanent home with Bastidas. He named his new four-legged best friend Gospodin Dinosaurus (Mr. Dianosour) and together they continued to explorer Europe, making new friends, treasuring unforgettable memories until it was time to travel back home to South America. 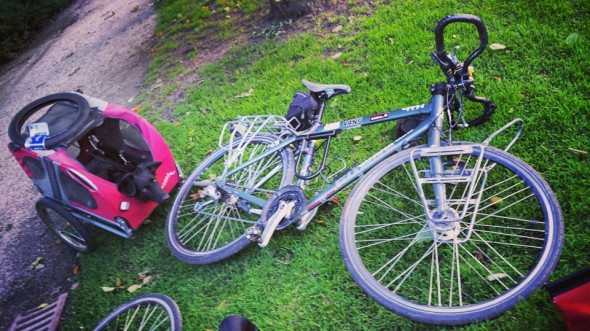 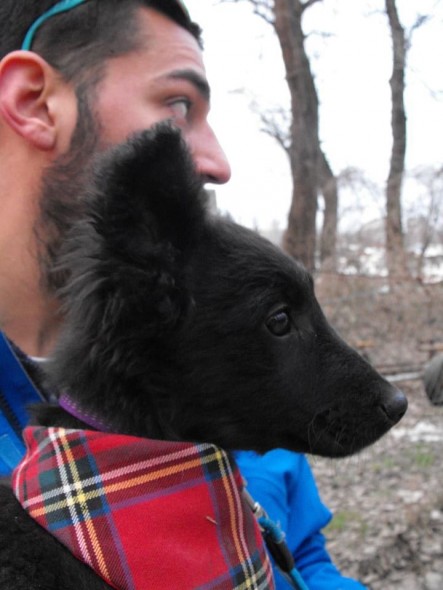 Gospodin Dinosaurus and his owner slept out in the open some nights, but for most of their journey, they worked as pet and house sitters, dog walkers, or did odd jobs. Now, the fully grown pup is back in South America and his owner is glad he took a chance traveling Europe with nothing more than a bike. Thanks to this risky and unforgettable experience, Gospodin Dinosaurus and his siblings are alive. 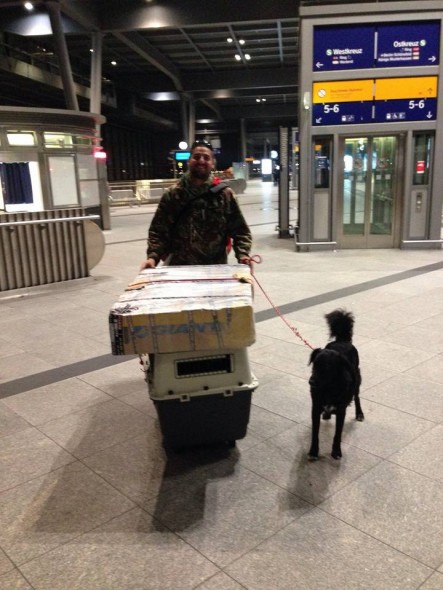