The man responsible for the horrific abuse of a dog known as “Puppy Doe” in 2013 has been found guilty of 12 counts of animal cruelty and finally been convicted to a minimum of eight years in prison.

Radoslaw Czerkawski, a 36-year-old Polish immigrant living in Massachusetts, was sentenced on March 26, 2018, much to the relief of prosecutors and animal rights activists who have been following his case for nearly five years.

The Quincy man is already serving a state prison term for larceny after stealing from an elderly woman and a church. His prison time will be followed by 2 years probation and he is also banned from owning or being near animals.

Furthermore, the NY Post reports that immigration officials say they will deport Czerkawski once he completes his sentences, and have lodged a detainer for him upon his release. 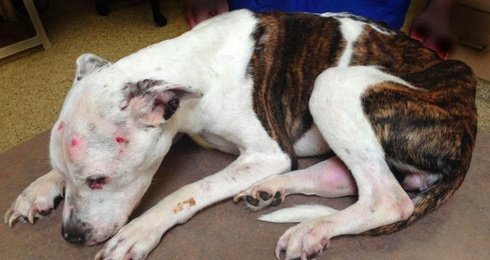 The horrific case made worldwide headlines back in 2013 when it was revealed that the young Pit Bull mix named Kiya endured unimaginable cruelty before being humanely euthanized after she was found abused,tortured and abandoned.

Kiya was was found beaten, burned, starved and with broken bones in a park in Quincy, Massachusetts and rushed to vets before she succumbed to her injuries.

“She was not able to walk with all her wounds and broken bones, but she was a nice dog and she wanted to be held,” veterinarian Dr. Amanda Duffy told WickedLocal.com at the time of her rescue. “She was unbelievable.”

Dr. Martha Smith-Blackmore is the vet who performed the necropsy on Puppy Doe and said the cruelty the 1 to 2-year old dog endured was “gut-churning”.

The puppy was starved, beaten with a heavy object, stabbed in the eye, repeatedly burned over her body, and her tongue was sliced down the middle. Her limbs were pulled from her joints while she was still living, as evidenced by blood that pooled in the empty sockets. 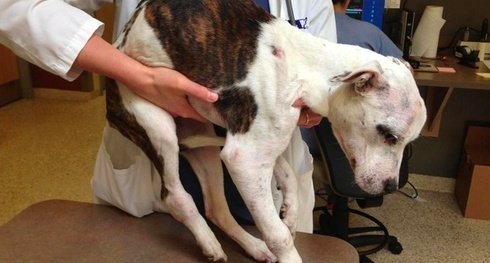 The level of torture, which investigators said appeared to have been daily, shocked even seasoned veterinarians and rescuers.

An investigation would uncover that the puppy had been bought and sold several times on Craigslist before coming into the possession of Czerkawski. Czerkawski was arrested and charged with Kiya’s abuse but claimed that he was not responsible for the abuse but that it was youths in his neighborhood.

However, a jury found him guilty based on evidence found in his home. Investigators found blood splatter stains in the bathroom and a paw print of blood on a closet door. They also found scratch marks on the doorframe. Fur was also found on the carpet and walls and DNA from Puppy Doe matched evidence found on the scene.

“We felt that a substantial period of incarceration was warranted in light of the terrible nature of the abuse, the evidence that the abuse was ongoing for significant periods of time and the kind of injuries discovered in the investigation,” District Attorney Michael Morrissey said. “The evidence of injury in this case was shocking.” 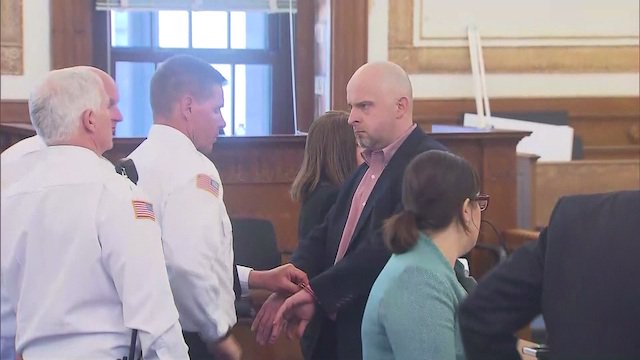 “With the conviction and sentencing of Radoslaw Czerkawski, it has been demonstrated that people who commit animal cruelty, and in this case extreme cruelty, will be held accountable,” Mary Nee, president of the Animal Rescue League Boston, also said.

Puppy Doe’s case spurred action by a group of legislators in Massachusetts who filed a bill that would strengthen the state’s animal cruelty laws. A year later, Protecting Animal Welfare and Safety (PAWS) — also known as the Puppy Doe Bill passed and raised the maximum prison time from five to seven years for first offenses and up to 10 years for any further offenses. It also increased fines given for animal abuse.

“Puppy Doe triggered a sustained effort in legislation to make sure we continue to lead the country in animal-welfare laws,” Senate Minority Leader Bruce E. Tarr said recently. “What happened to her is tragic and horrendous, but it has left us with a legacy of action to protect animals in the future.”