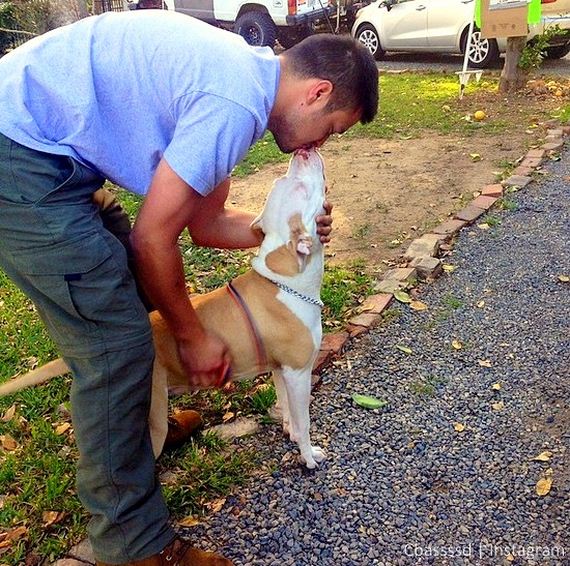 Yesterday we reported that a man who is battling cancer was dealt another devastating blow when his beloved dog Maiden went missing. Thankfully the two have now been reunited!

Sebastian Delgado of Riverside, California has been fighting for his life after being diagnosed with a rare form of brain cancer, requiring surgery. But his 10-month-old pit bull has been helping him get by.

“The first thing that he asked me when he got out of surgery is, ‘Where’s Maiden?’” said Delgado’s girlfriend, Monica Tomer. “He could hardly talk or say his own name, but he remembered his puppy.”

On Saturday, Maiden snuck out through an open gate at a family friend’s house. Delgado was crushed, and desperately hoped someone would find and return her. 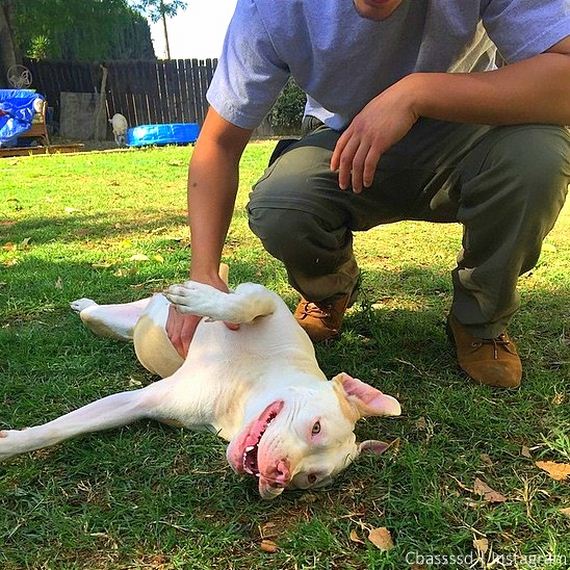 “I hope they’re not doing anything wrong to her because I know she’s a pit bull and a lot of people do bad stuff to them. I just hope they give her back to me,” he said.

Tracy Dose with the Riverside Police Department saw a Facebook post about Maiden and recalled that her coworker, Valarie Patacky, brought home a pit bull she found.

“My first thought was, ‘Oh my gosh, she’s too close to the street. I want to get her.’ So I just stopped the car and told my sister, ‘Open up the door, let’s see if she’ll come in,’” Pataky told ABC 7. “She jumped right in the car with us.” 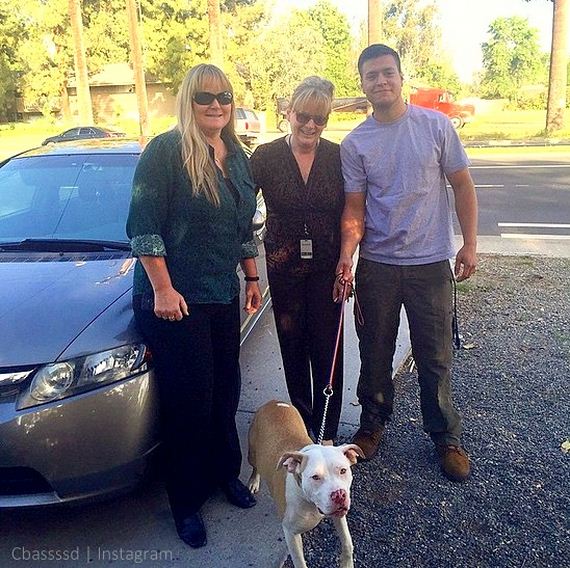 Dose and Patacky immediately contacted Delgado, and the reunion was quickly arranged. He later took to Instagram to thank everyone for their help and give updates on Maiden:

“Maiden is now microchipped!!!! Thanks again for all the support and prayers that helped me to find my baby… dogs aren’t just pets, they are family. I hope everyone can continue to help support and pray for all other lost dogs that can reunite with their family.”

Though Delgado’s tumor was removed, it is very likely that it will return and he will have to endure additional chemotherapy and surgery, so he will be thankful to have Maiden there with him.

Click here to see more awesome pictures of Maiden and her brother Ozzy. 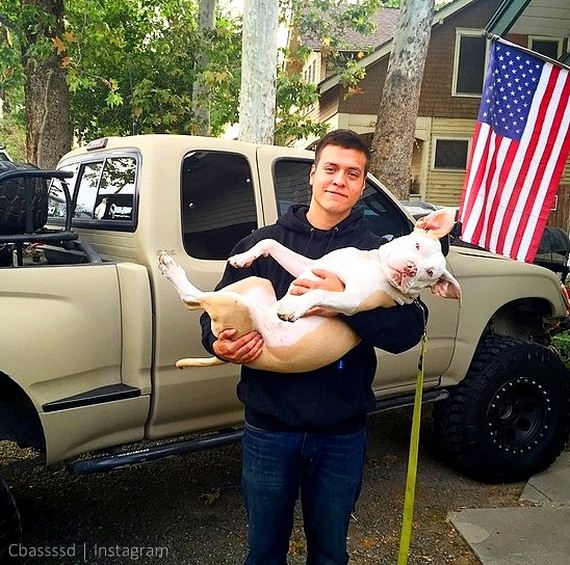