A man named Cesar got a six-month-old Golden Retriever, and he would hug her the way he would hug a human. Then as he started walking his dog in their Chelsea neighborhood in New York City, he noticed she would offer hugs and handshakes to anyone who’d approach! 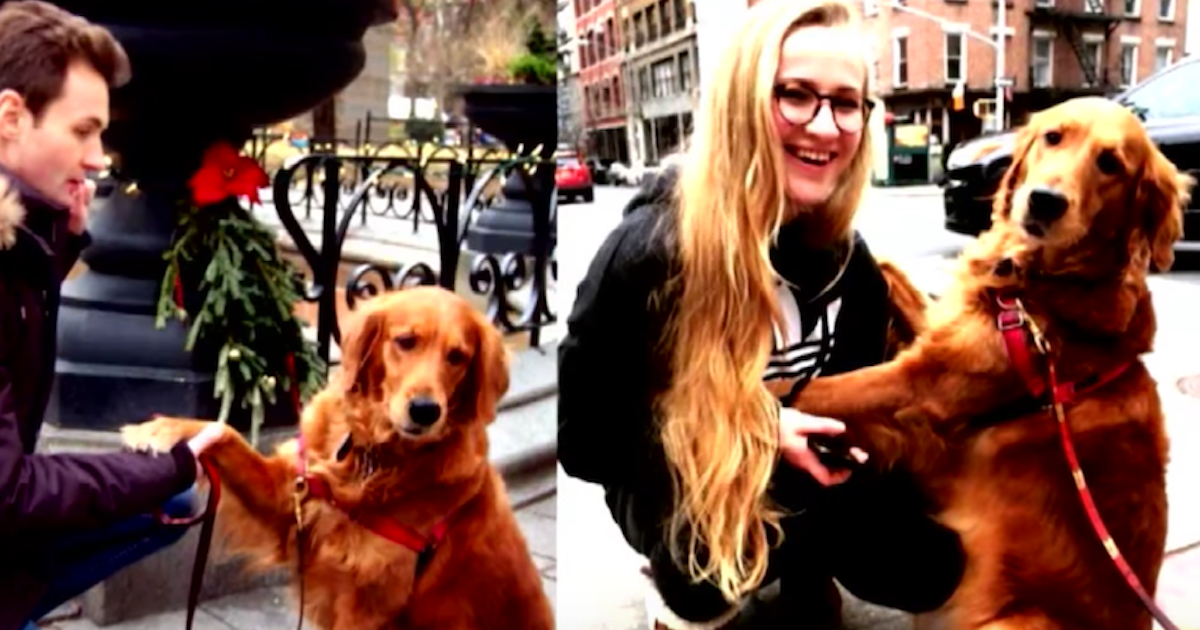 Because of this friendly and therapeutic act, he decided to bring Louboutina to the hospital where he works to make patients feel better! Loubie’s kindness has had an effect on many people, and it’s just an amazing thing. Isn’t it the best?