A marathon athlete in Ratchaburi, Thailand carried a stray puppy she found along the route for 19 miles across the finish line. Khemjira Klongsanum, 43, had noticed the other runners averting the puppy seven miles into the race; instead the runner bent down, scooped up the puppy and finished the race. 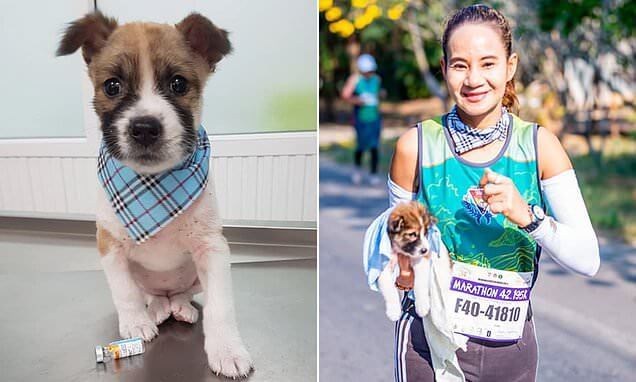 According to the Daily Mail, Khemjira stopped along the route to coax the trembling puppy towards her. Realizing there was no one around who may have lost him, she feared something terrible could happen to the little one if she didn’t pick her up. So under her arm, she cradled the puppy and kept running.

Her fellow athletes smiled and cheered her on while holding the pup, and at one point she even held the puppy up in the air to show the onlookers who had already heard the buzz about the athlete running with a puppy.

After the race, Khemjira searched for the puppy’s owner, brought him home to care for him, but no one ever responded to her continued pleas for the owner to come forward. And even though the athlete admitted, it was an additional challenge carrying the puppy for 19 miles, it was all worthwhile. 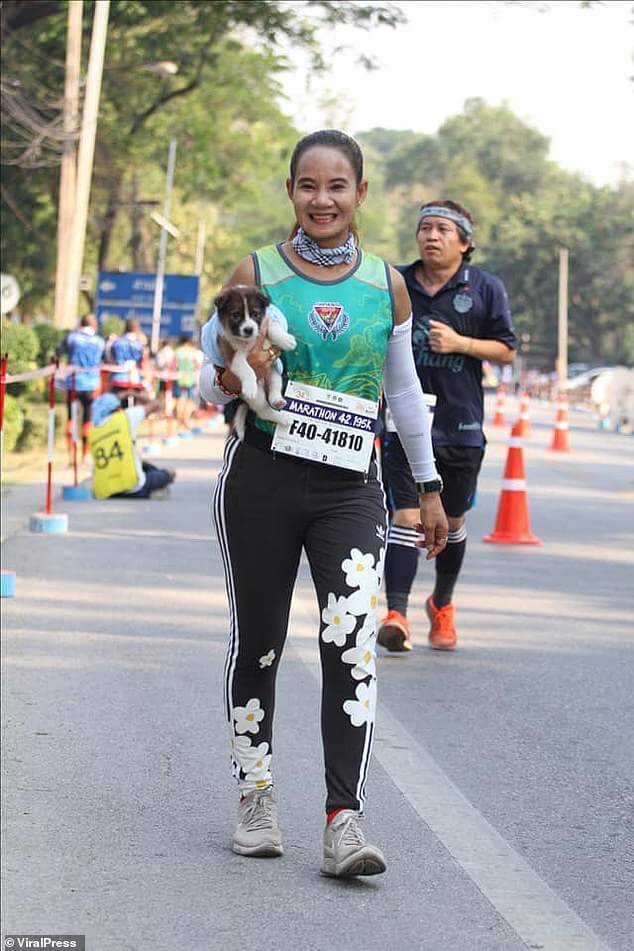 Since the race, Khemjira has decided to adopt the pup and named him Chombueng – the name of the race.

“It seemed to me that this little guy was lost. There were no houses, no other dogs, or no people around. So I picked up the puppy, if only to take him out of the unsafe environment.”

There are angels everywhere; we just wish there could be more.

(Photos and video via Viral Press)

This awesome story was first reported in 2016, but good news never gets old. Check out a small part of the video here: