A bulldog was seen thrown out of a truck in Woodbridge, Connecticut back in late October. The animal control officer that handled the wounded animal said that the dog had some internal bleeding when she was brought in and suspected that the animal suffered injuries from a failed C-section surgery. 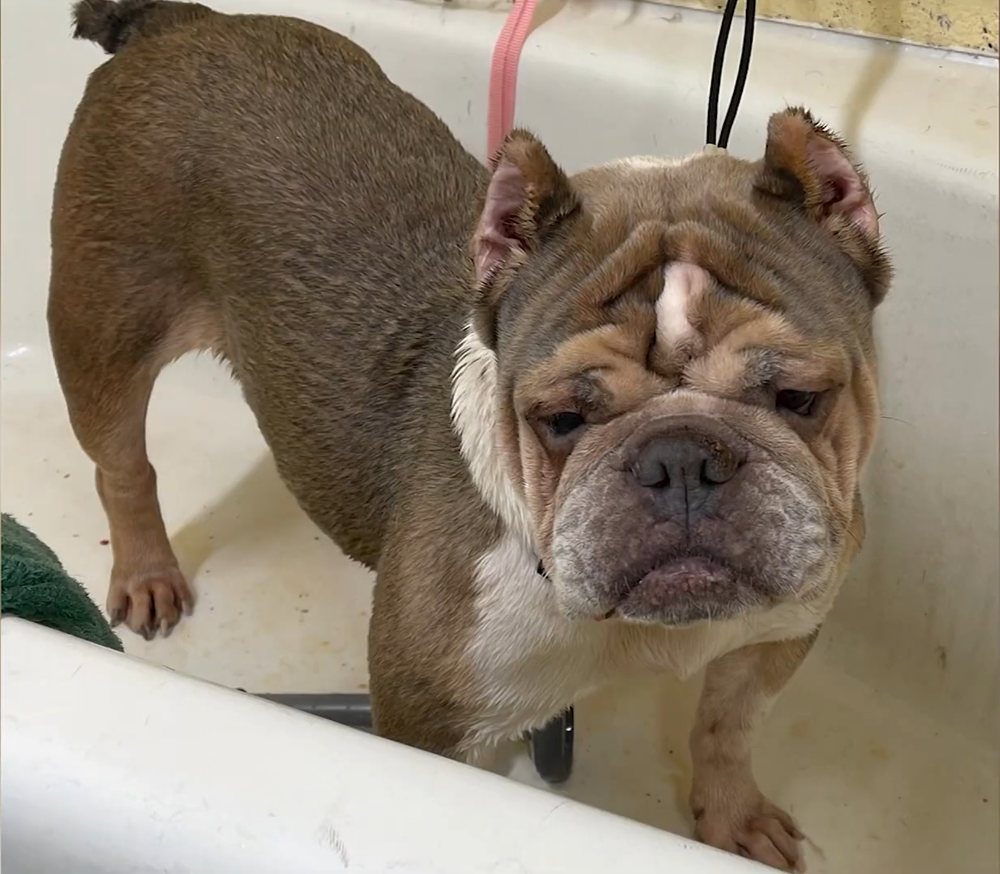 Jess Moffo, a Woodbridge Animal Control Officer, said that the dog was one of the worst cases they have seen and that you could physically tell that the dog had been used solely for breeding and assumed that the previous owners were probably “just done with her” and dumped her. The staff at the Woodbridge Animal Control aptly named the abandoned bulldog Mary because, by the grace of God, she survived.

Mary the Bulldog had been in the care of the Woodbridge Regional Animal Control since being found by a woman who was driving behind an unidentified person’s truck. She personally saw how the dog was discarded and left bleeding heavily on a roadside. The good samaritan then picked Mary up, took her home, and called her friend, Leigh Ann Russ, who is a volunteer at the shelter. Jen Dellacrose, the woman who saw the horrific incident, said, “Mary just literally let me pick her up. I put her in my garage. We [Jen and Russ] kind of just tended to her.”

Mary had to be treated by a vet and underwent a costly surgery to remove her uterus and to save her life. Thankfully, she made a full recovery and is now a healthy, happy-go-lucky dog.

Unfortunately, the person/s who dumped Mary is still at large. Woodbridge Animal Control said that they are offering a cash reward for information leading to the arrest and prosecution of the suspect. Watch the news clip below about Mary’s story.

“There is never any excuse to dump an animal on the side of the road,” said Zilla Cannamela, President of Desmond’s Army Animal Law advocates.

Mary’s story is not uncommon, they said. So many cases of unethical dog breeding and puppy mills have been reported in the past and they show no signs of stopping. So many dogs are available for adoption and shelters like the Woodbridge Animal Control are full of lovable animals.

Shelters are full of “COVID pups and pets,” Jess Moffo said, “when COVID started slowing down, we see a big rise with people that brought dogs while they were working from home or not working.” In an interview with Fox 61, she relayed that in just the past three weeks, the shelter has had five owners surrender their pets. These pets, in a way, are luckier than Mary. But there are still so many pets that are just thrown out and left for dead by irresponsible pet owners or breeders. 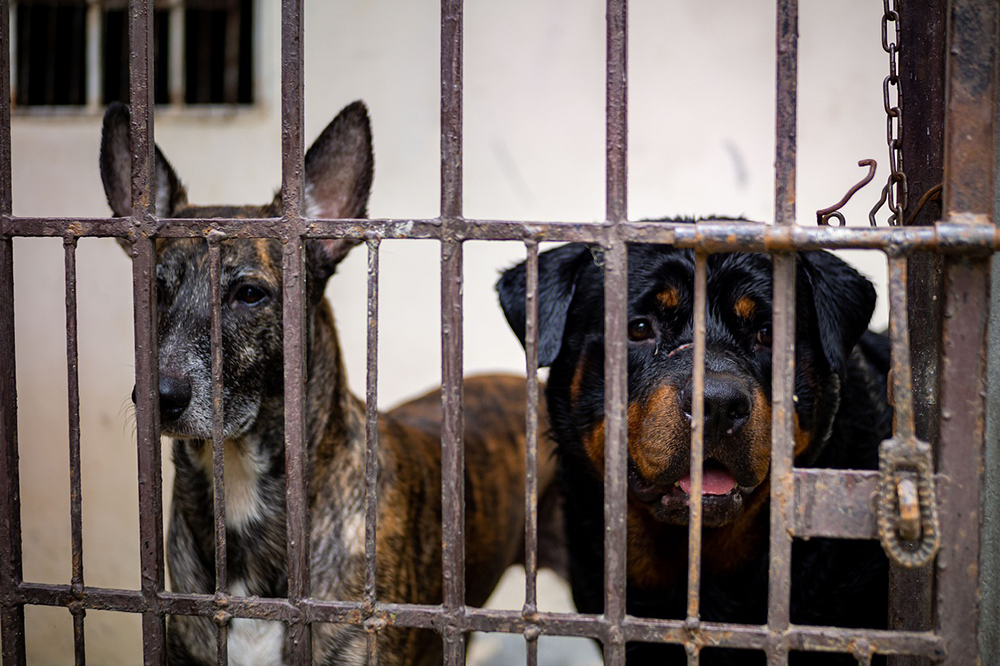 But there is more to Mary’s story now! After 5 months of living in the shelter, Mary finally got adopted by a loving family from Hamden, Connecticut. Take a peek at Mary’s new family below. 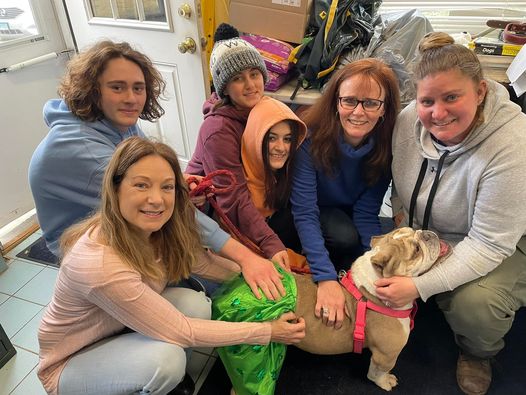 The new owner said that Mary will fit right at home with their older bulldog, Winston, who they also adopted from the same shelter. Watch the video below to see Mary, in her lovely St. Patrick’s themed dress, meet her new family.