Pirate was rescued with two of her own puppies from a Michigan hoarder in June of last year. After she had weaned her own babies, she spontaneously started producing milk for the foster puppies her mom brought home from the Dallas Animal Services and Adoption Center, where she serves as public information coordinator. Since then, Pirate has nursed more than 9 puppies – and now she’s added a kitten to her current crop of foster pups! 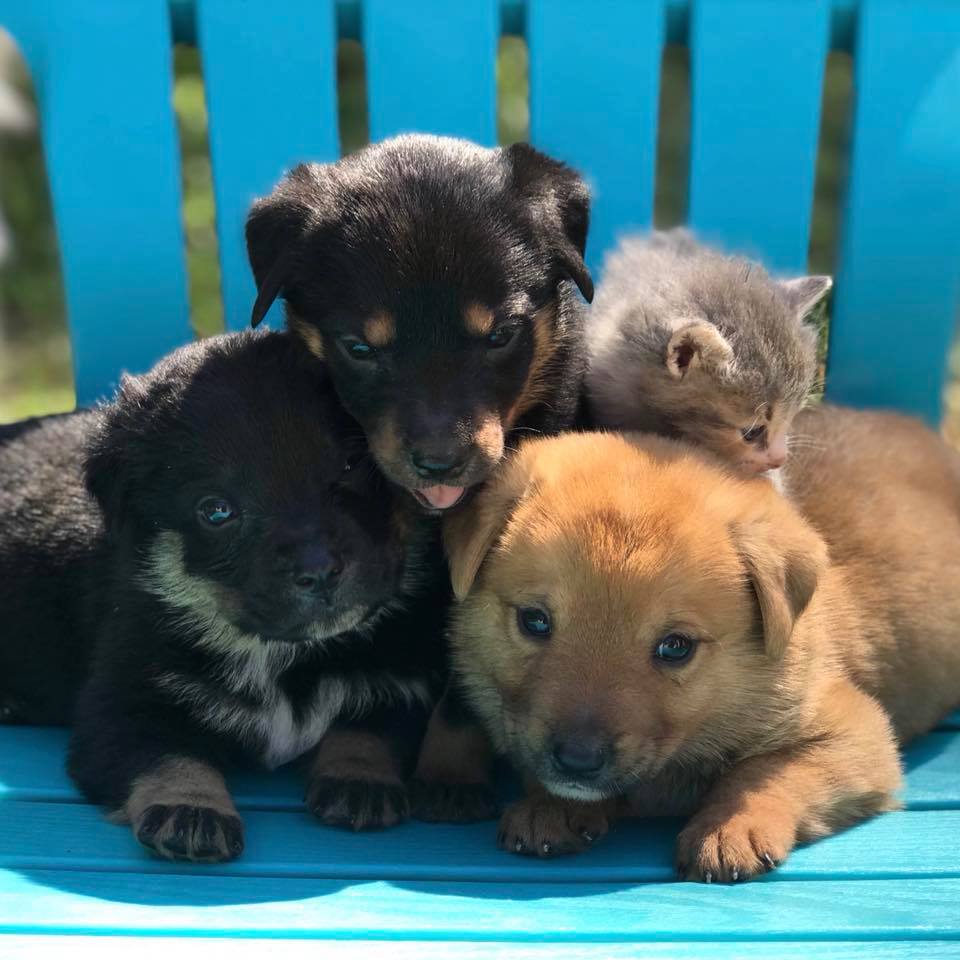 “The first time I took home bottle babies from the shelter, it was just for a night until a rescue was going to take them. I thought, ‘Pirate is really sweet with puppies, so maybe she can clean them and keep them warm while I bottle-feed them.’”

“She was immediately like, ‘Oh yeah, you guys can start nursing. You’re my puppies.’”

Last month, Vannini brought home a flea-ridden one-week-old kitten named Nebula who had been found alone outside. According to Vannini:

“[Nebula] was covered in fleas. I don’t think I’ve ever seen so many fleas on a kitten in my life. So I bathed her to try and get the fleas off … and the whole time, she was just throwing a tantrum.”

Vannini wondered what would happen if she put Nebula with Pirate. The result was purrfect!

“Pirate was immediately like, ‘Yup, this is my baby too. And she just started licking her and cleaning her.” 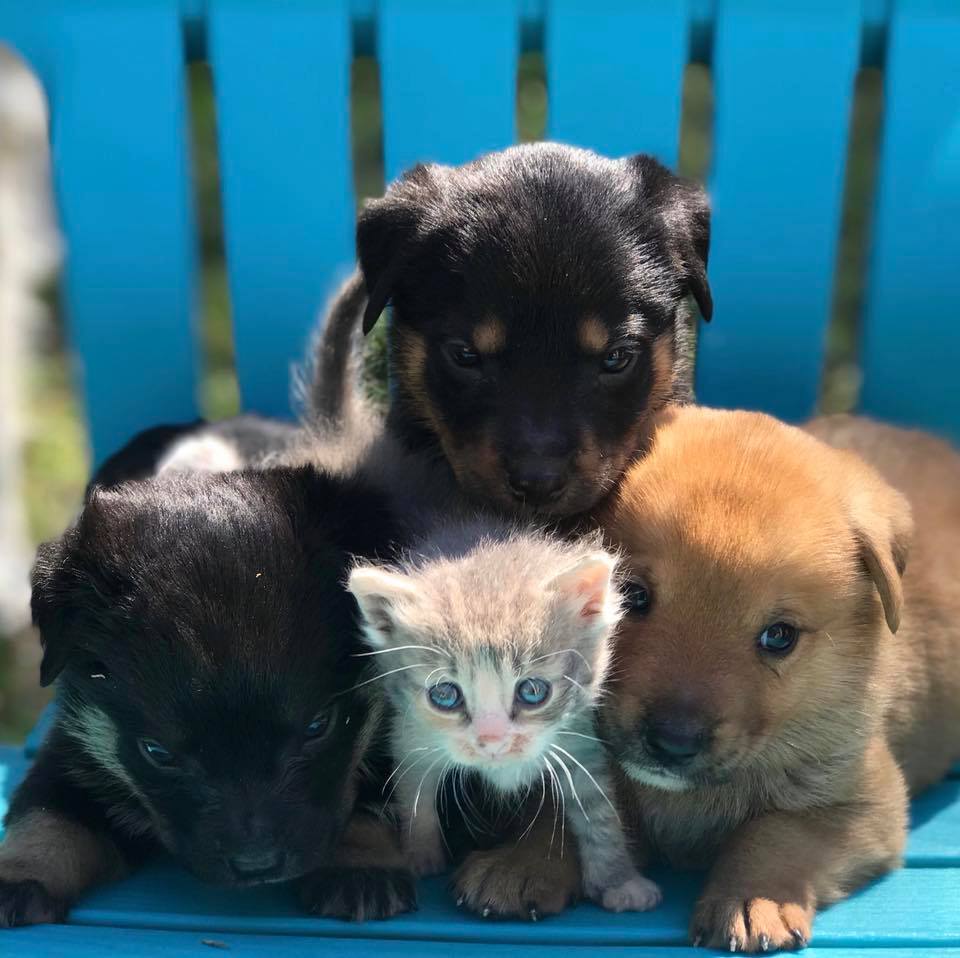 Despite Nebula being a fraction the size of her puppy siblings, she is thriving.

“She made it very clear very quickly that she had no problems with [the puppies]. She seems to have no idea that her siblings are four times as big as she is. And the puppies have been very gentle and very sweet with her.” 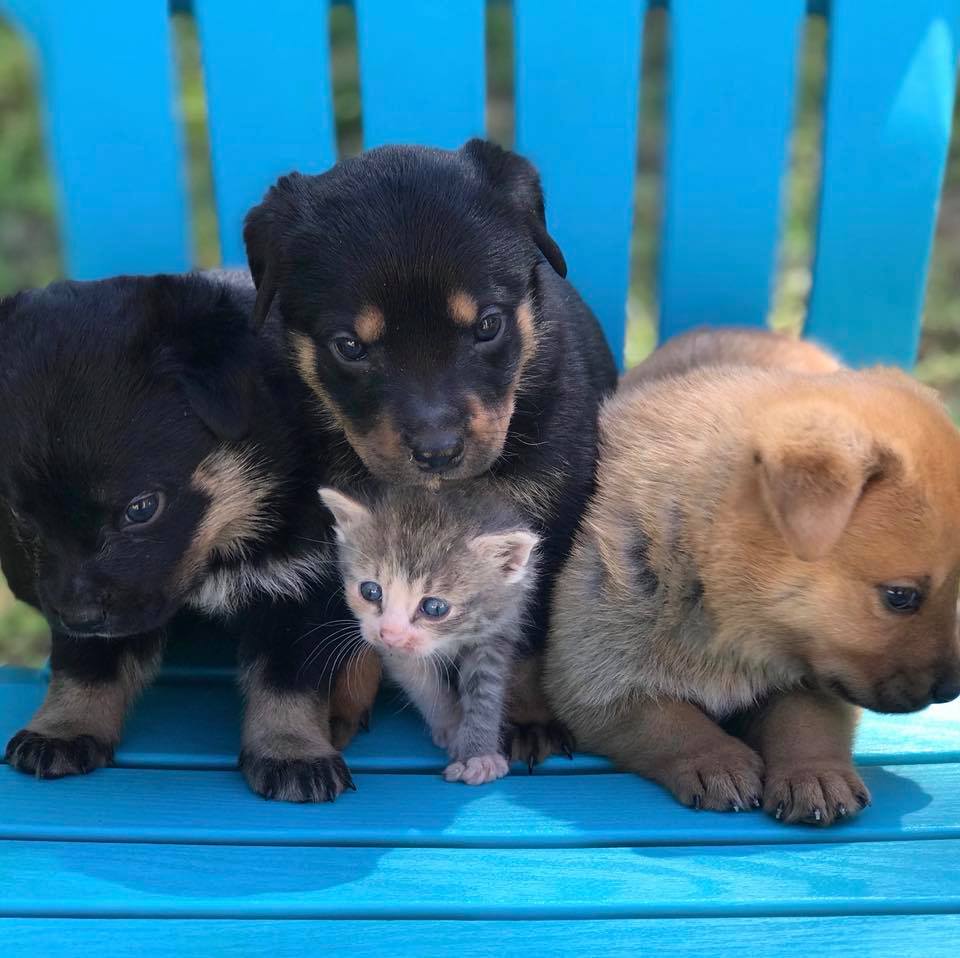 Recently, Vannini tried moving Nebula to a litter of kittens she was fostering. That didn’t go over so well with Nebula.

“She was like, ‘Where’s my mom? Where are my siblings? Why am I with cats right now?’ So we immediately put her back with the puppies, and she was like, ‘OK, I’m happy now.’ And she cuddled up and went to sleep with them. She’s a character.”

Vannini plans on giving Pirate a break from nursing for a while once Nebula and the puppies have moved on to forever homes, but she suspects it won’t be long before Pirate insists on helping out again.

“She’s just this really cool, really unique dog. She wants to mother everything. We pretty much can’t bring in any baby animals into the house without her getting involved.” 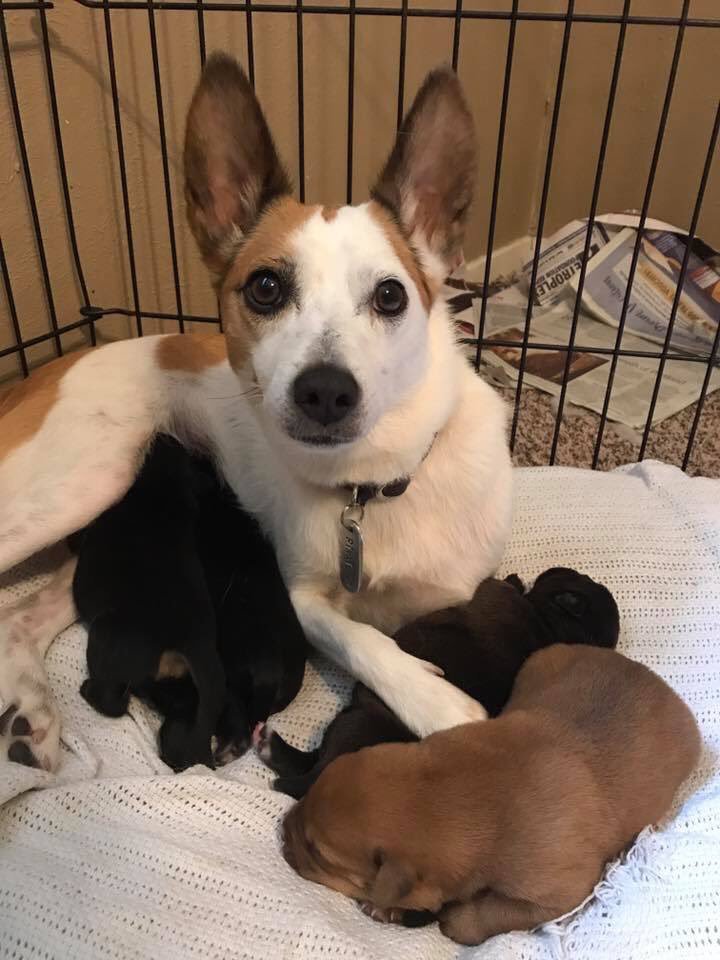 Nebula and the puppies will be available for adoption once they are 8 weeks old. You can contact Dallas Animal Services and Adoption Center for more information.