PETA fieldworkers came across a neglected, matted dog who was kept locked up in a small crate in a dark hallway. They wanted nothing more than to rescue him, and his family finally agreed to give him up. 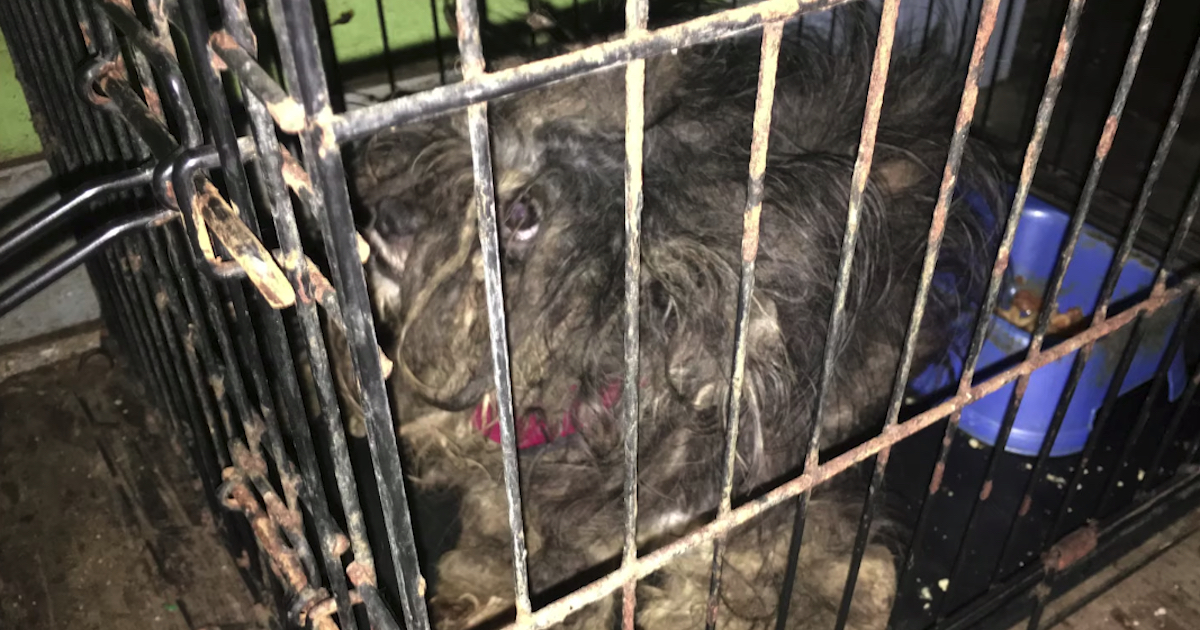 Although he didn’t look much like a dog at first, Murphy’s true beauty and personality were about to be freed! Over two pounds of painful mats were cut from his seven-pound body. And Murphy had a brand new look to go with his brand new life! 🙂 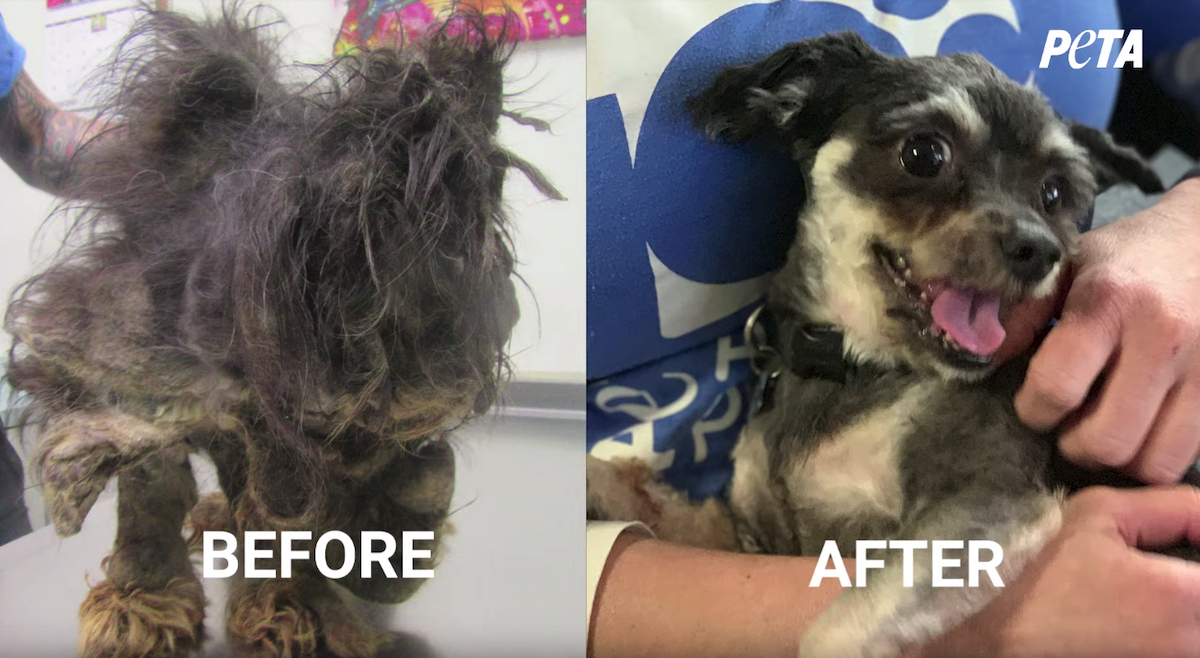 Murphy spent some time recovering at PETA before being transferred to the Norfolk SPCA. And it was there that he would meet his new family. The before and after photos of Murphy are hard to believe, and the little guy is now living it up!