Maymo is YouTube famous for all of his hilarious encounters and unique shenanigans, and he doesn’t seem to be letting up anytime soon! This time he receives a visitor from outer space. The eight-foot-tall green alien has come in peace, but the Beagle doesn’t seem to care! 😀 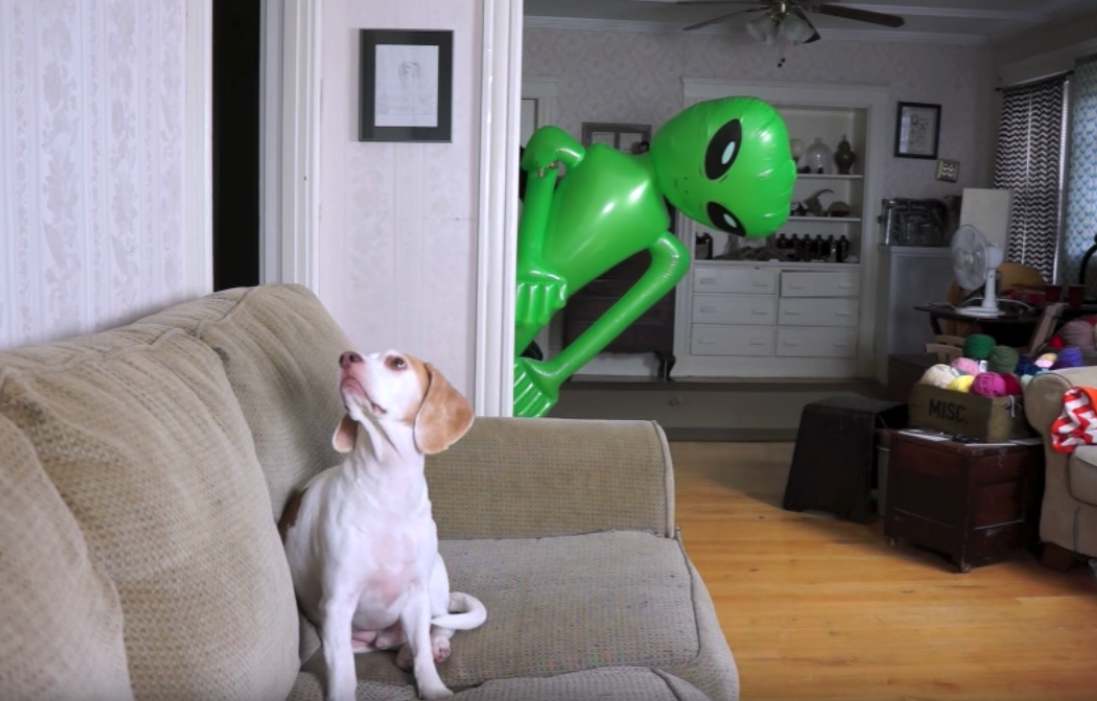 As always, Maymo is just minding his own business and relaxing on the couch as the alien waddles into the room from behind. The unfazed dog just looks around wondering what is going on this time! 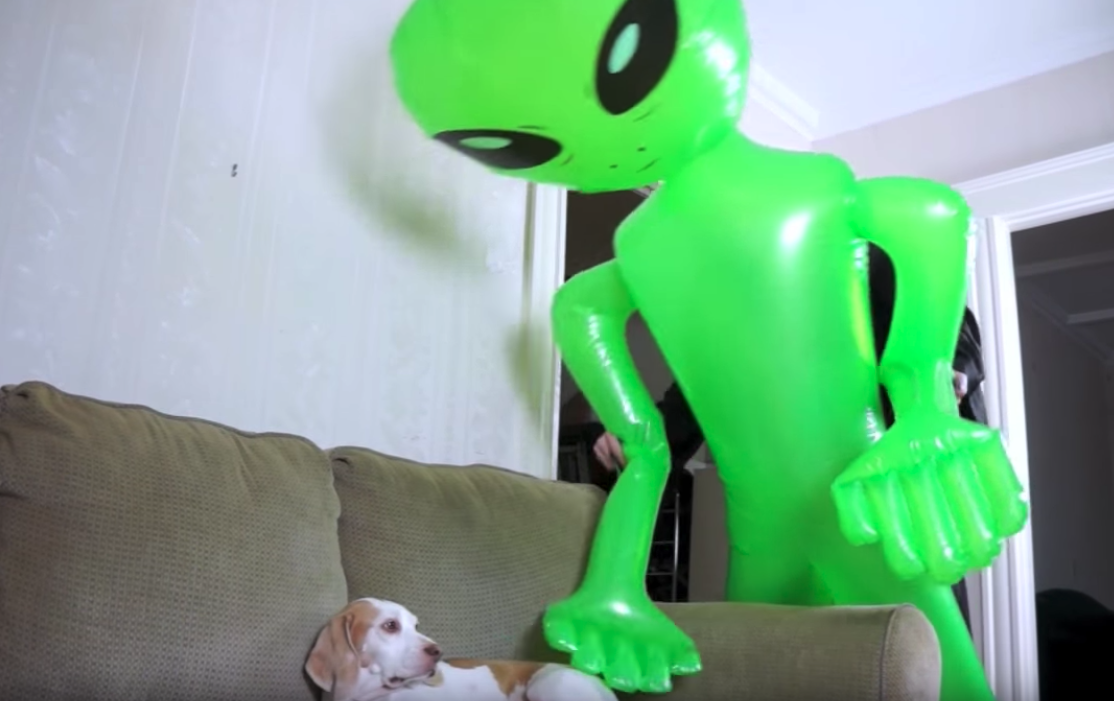 No, the alien doesn’t want Maymo to take him to his leader. The otherworldly creature just wants to pet the Beagle. Can’t blame him there! I suppose if aliens do exist, they’d be mesmerized by dogs the same way we are. 🙂 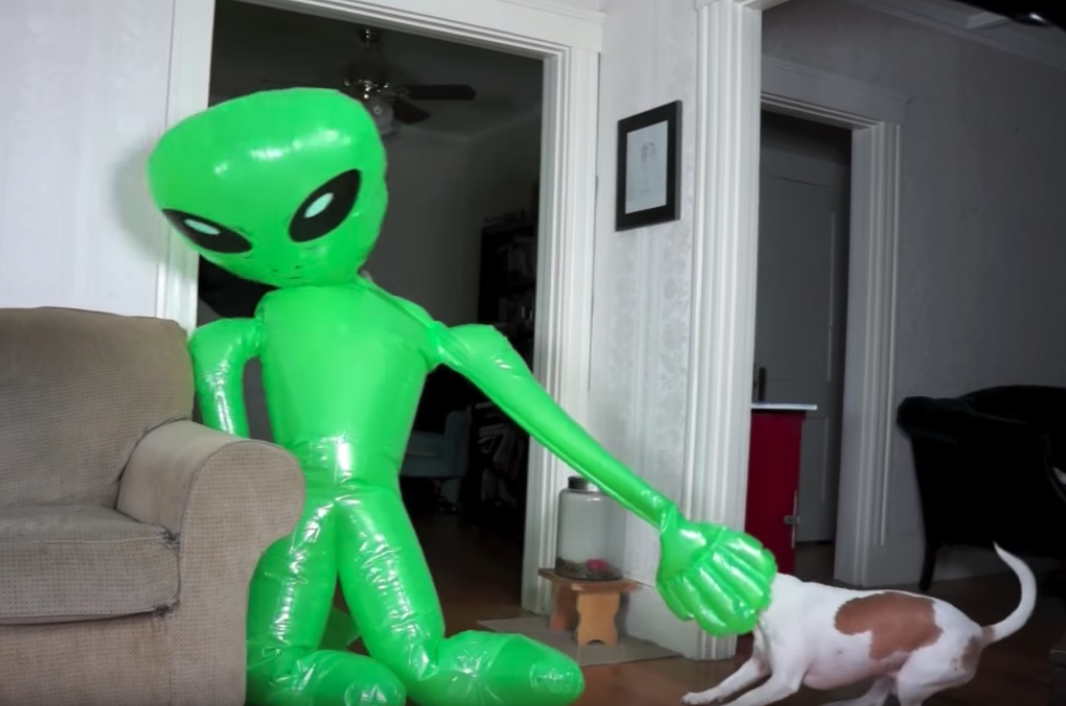 Maymo finally has enough of the intruder and takes matters into his own paws. In true guard dog fashion, he takes the unwanted guest down! He pops the alien letting all of the air out and stands on top of him claiming victory. Another job well done by Maymo!