To everyone out there who is thinking of getting a pet: adopt, don’t shop!

There are thousands of rescue animals waiting in shelters, hoping every day to be welcomed into their forever homes, and to get a second chance at life.

Like many of you, Steve Greig has adopted his beloved furry friends. But unlike probably most of you, he lives with a total of 10 adopted dogs — all of whom are seniors!

Along the way, he also adopted several farm animals — including a pig named Bikini, chickens, ducks, a rabbit, pigeons, and a whole pond of fish.

Steve is especially passionate about adopting older dogs because they are infinitely wiser, and “know who they are.”

Scroll on to read Steve’s love for all his furry friends, and let us know what you think in the comments below! 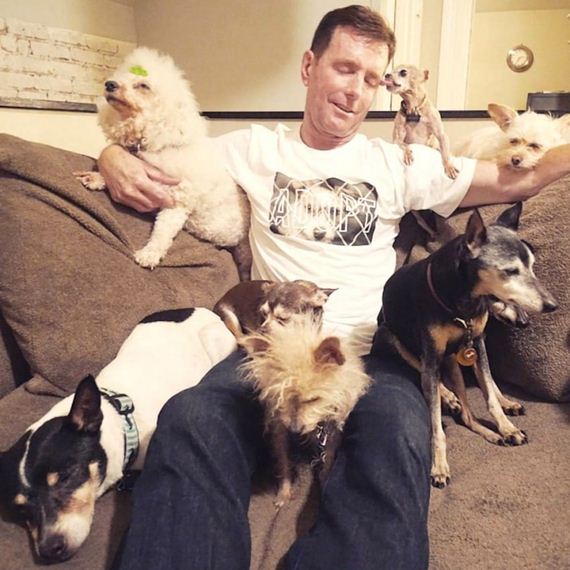 He grew up with many pets, and his parents, also animal lovers, allowed him to have whatever pet he wanted, as long as he took care of it.

Currently, Steve is an accountant by day — but he returns home to 10 dogs, a pig, two chickens, two ducks, two pigeons, a rabbit, a few cats, and an entire school of koi fish. 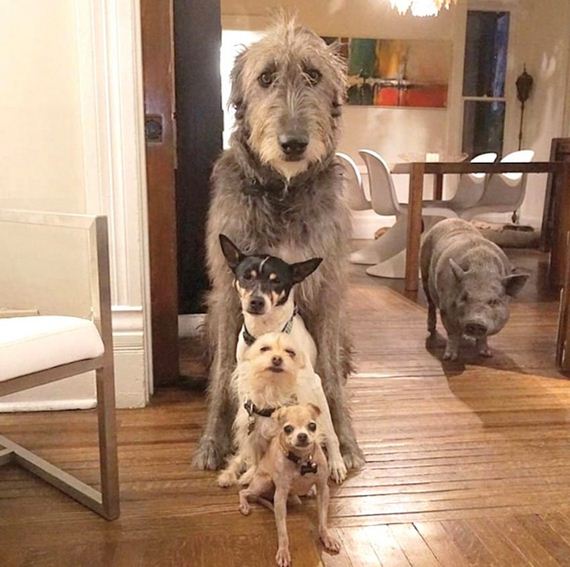 Steve is especially fond of adopting senior dogs, because he fears that they may lose out on getting a forever home.

When he was young, he experienced the traumatic passing of a particularly beloved dog — and ever since, he has vowed to keep as many animals around him as he can. 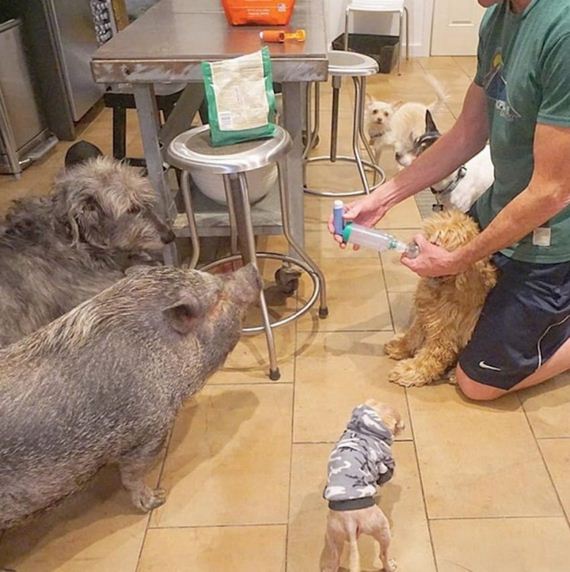 “I was just so distraught about [that death],” Steve told Zainab Akande of the Dodo.

“I decided that the only way I would feel better was if something good happened that probably wouldn’t have happened if he had not died.” 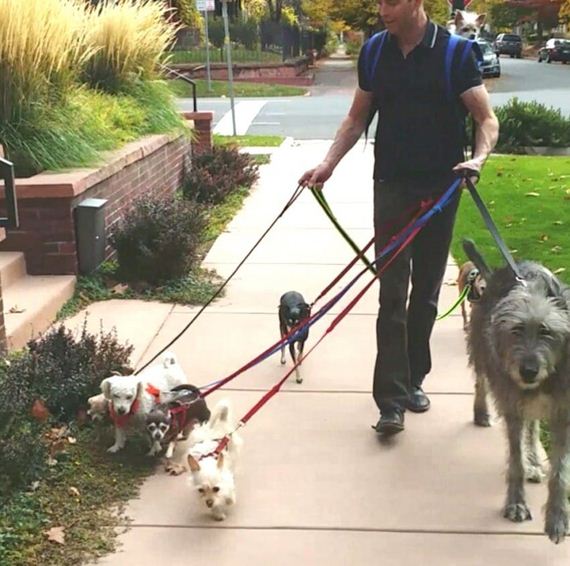 So he regularly checks on shelters and sets his eyes on the “least adoptable” dogs there. 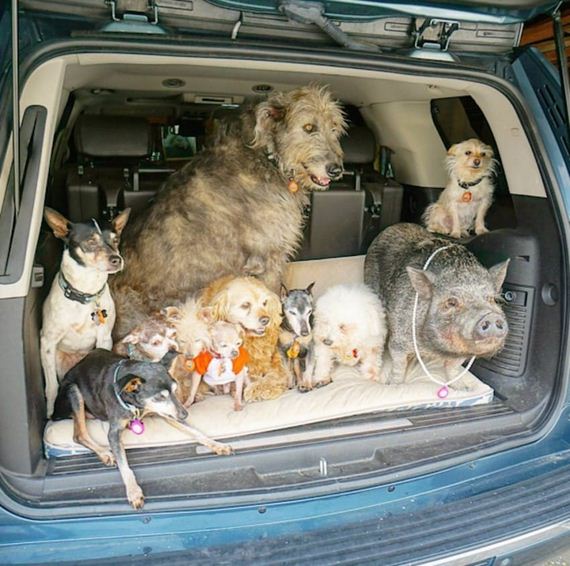 His first rescue dog was Eeyore the 12-year-old Chihuahua.

“[He had] a murmur and four bad knees, and I brought him home, and that was just the beginning of all the animals,” said Steve. 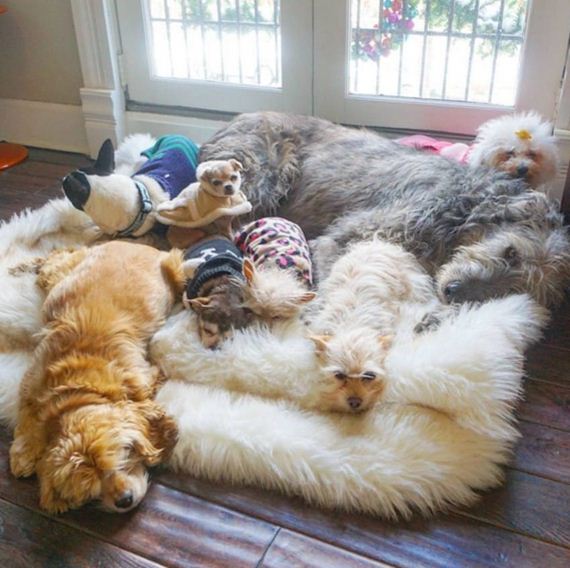 Despite loving animals of all ages, breeds, and sizes, Steve has a very particular reason for doting on senior dogs.

“They’re just wiser animals,” he said. “You kind of know what you want out of life once you become a certain age.

“These dogs know who they are, and it’s easy to develop a relationship with a person or pet who knows who they are.” 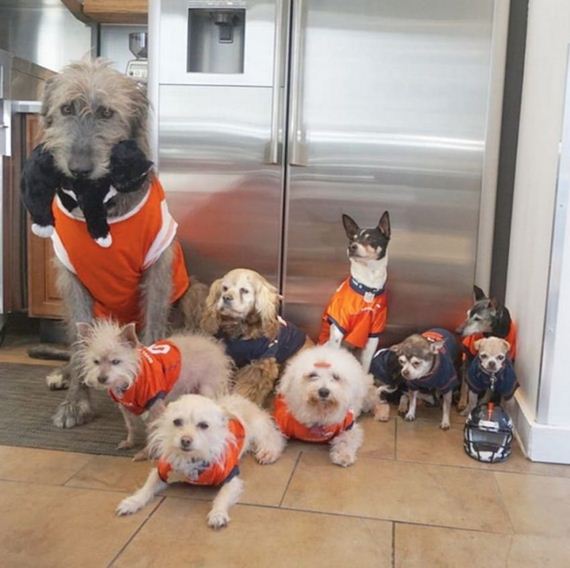 Caring for so many pets is certainly no easy task. But Steve enjoys every minute of it.

He gets up at 5 a.m. every day, and prepares breakfast for all 10 dogs.

Most of them have different diets. Some of the older dogs have health problems, so Steve also spends time administering medicine to them. 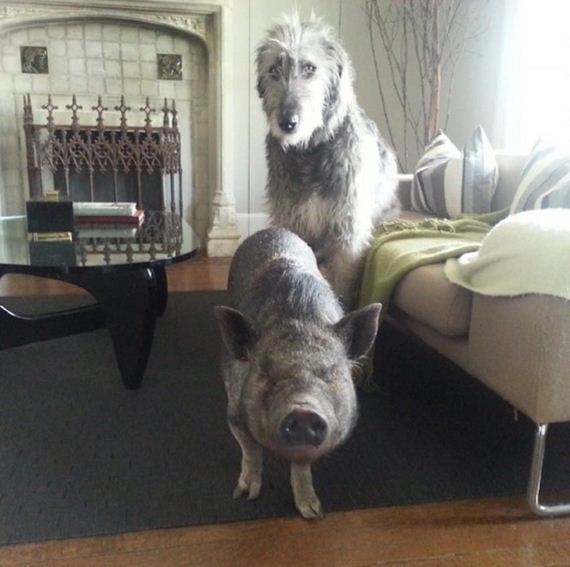 He gets home from work at lunchtime, and spends time walking the dogs and giving them treats.

On weekends, the gang often goes on trips to the vet, or has grooming appointments. 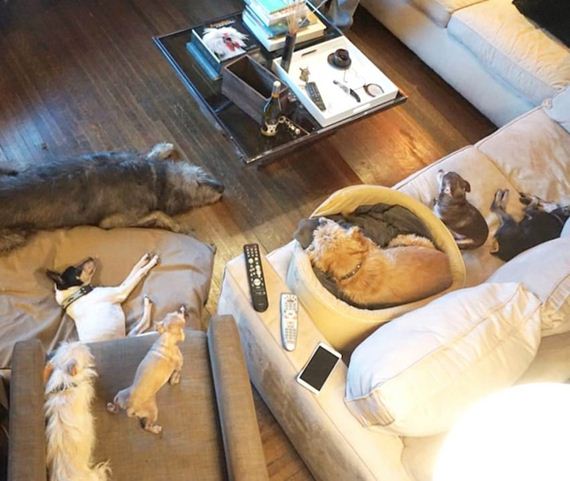 Fortunately, all of his pets are fairly well-behaved and pretty mellow, which makes house visits easy.

In fact, Steve said that visitors actually don’t always realize that there are 10 dogs in the house, because they’re so quiet! 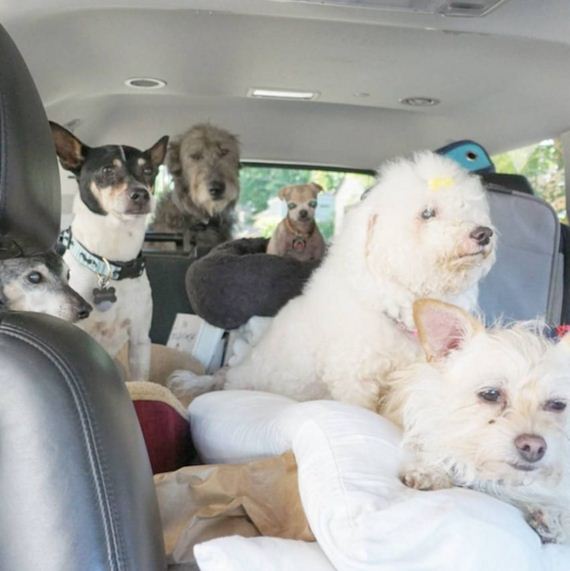 Steve said that having the animals around makes the living space feel like a real home.

“It’s just fulfilling knowing that these guys are happy and loved and well taken care of,” he said. “It make my days worthwhile.” 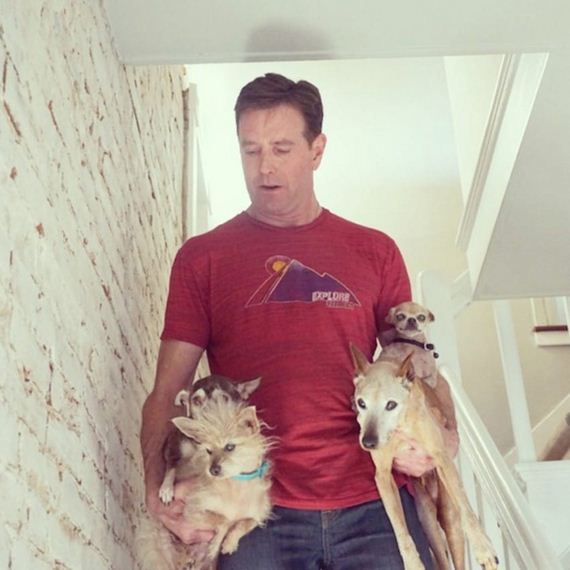