There are various proofs that dogs are brilliant animals who are easily trainable. Many of their qualities make them special, and you’ll be amazed that they even flourish in arts. You’d be surprised at how multi-talented dogs are. Participants in talent shows have executed a wide variety of skills now, including dancing and acting. Surprisingly, dogs aren’t only good at performing arts as they also have talent in visual arts. One rescue dog who was formerly involved in the dog fighting industry was able to create masterpieces. 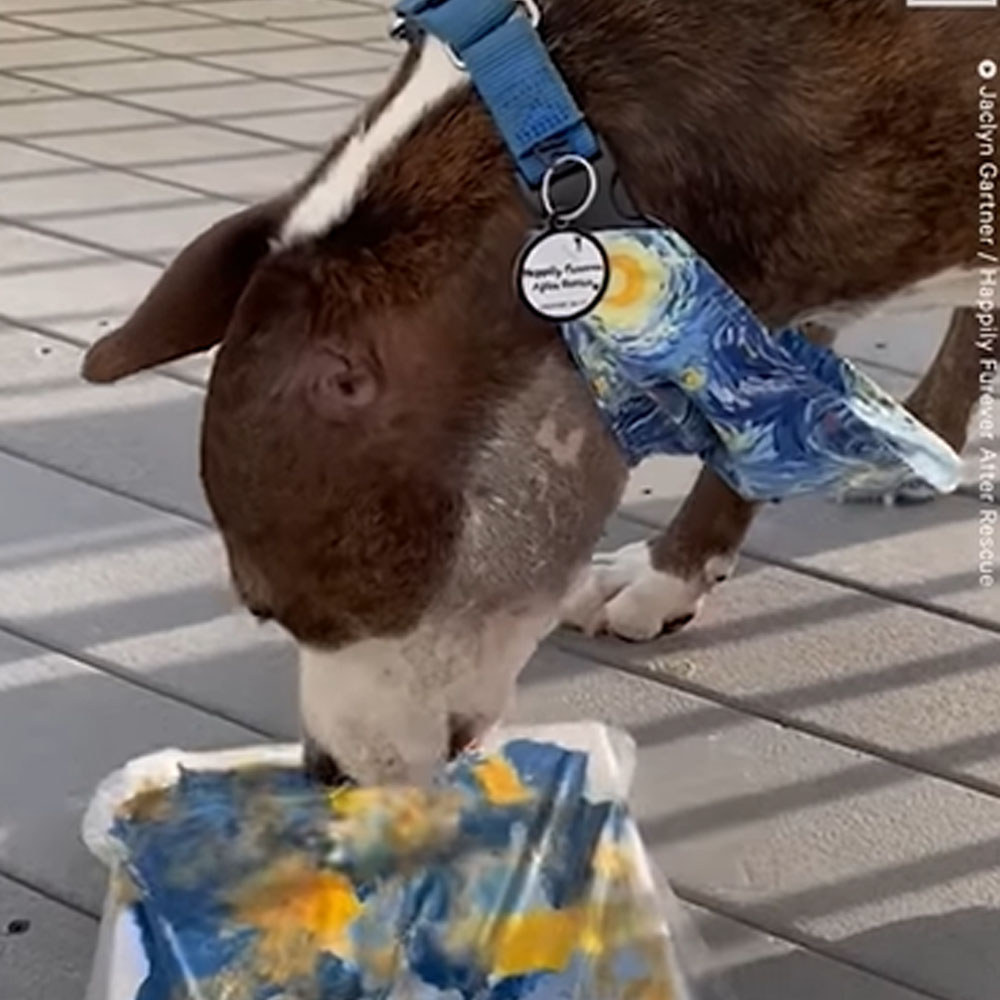 A seven-year-old boxer-pit bull has shown his artistic side after being transported to Connecticut. He was a stray dog from North Carolina and served as bait in a dog fighting ring. Thankfully, he was rescued and taken under the care of Happily Furever After Rescue. After several health assessments, it was found out that he was terribly abused and used for fighting. To secure the dog’s health, his badly wounded ear had to be amputated. Hence the name Van Gogh. The name wasn’t only fitting because he was missing an ear but because he is an outstanding artist. 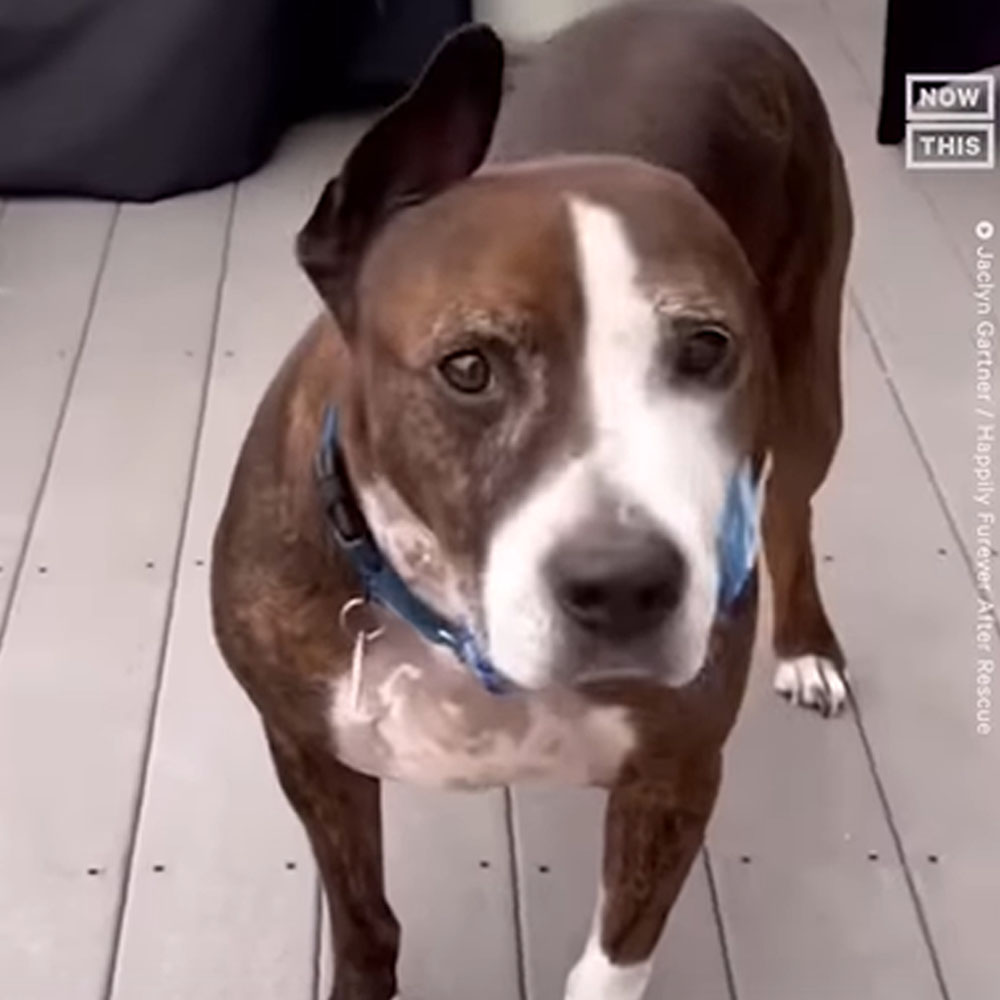 The discovery of Van Gogh’s talent has a sad background story. Although he’s a special dog, no one would adopt him due to the missing ear. People would skip him, and not a single home considers Van Gogh as their first choice. The founder of Happy Furever After Rescue, Jaclyn Gartner, thought of a way to attract Van Gogh’s potential family — through art. Van Gogh creates masterpieces in an unusual way, but the results are fantastic. The process includes applying paint on a Ziploc bag covered canvas.

Treats such as peanut butter were smeared on the plastic surface. Van Gogh begins his artwork by licking the peanut butter on the plastic cover, which results in abstract paintings. Every art piece was definitely beautiful, so the shelter organized an art exhibition. The artworks were also for sale as they would raise funds for the shelter and find the perfect home for Van Gogh. However, things weren’t going great when only two people showed up at the event. 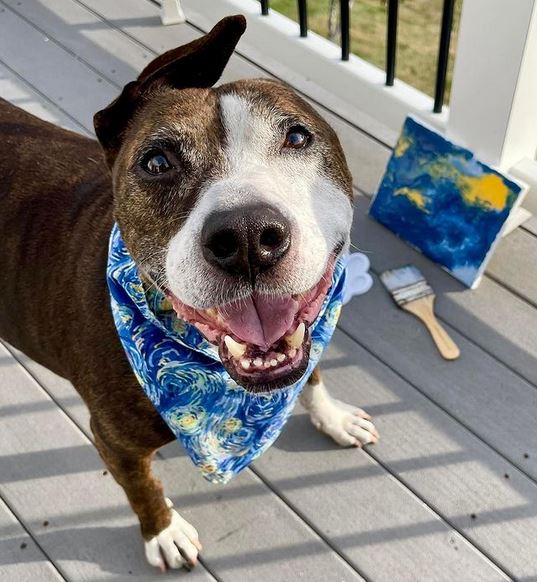 Jaclyn and her whole team never gave up on Van Gogh. The rescue center founder posted Van Gogh’s story and what happened during the art exhibition on her Facebook. Through the power of social media, his story reached many people — Van Gogh’s works were sold out. Then people started asking for commissions. Many began to admire the dog’s artwork and even got a feature in NowThis News.

Since then, Van Gogh’s talent has been widely admired and acknowledged globally. Happy Furever After Rescue also gave an update on social media, announcing that Van Gogh has been receiving adoption requests. The talented boxer-pit bull has been a blessing to the shelter as his artworks have helped raise their funds. Soon enough, he’ll be rewarded with a loving home that genuinely deserves him and will love him unconditionally.