Walter is a one-year-old English Bulldog living in Washington, D.C. Like many dogs, Walter loves running around in dog parks, taking naps, and attempting to wrestle with his cat sister. However, there is not much more he loves than sitting in his favorite chair like a human. 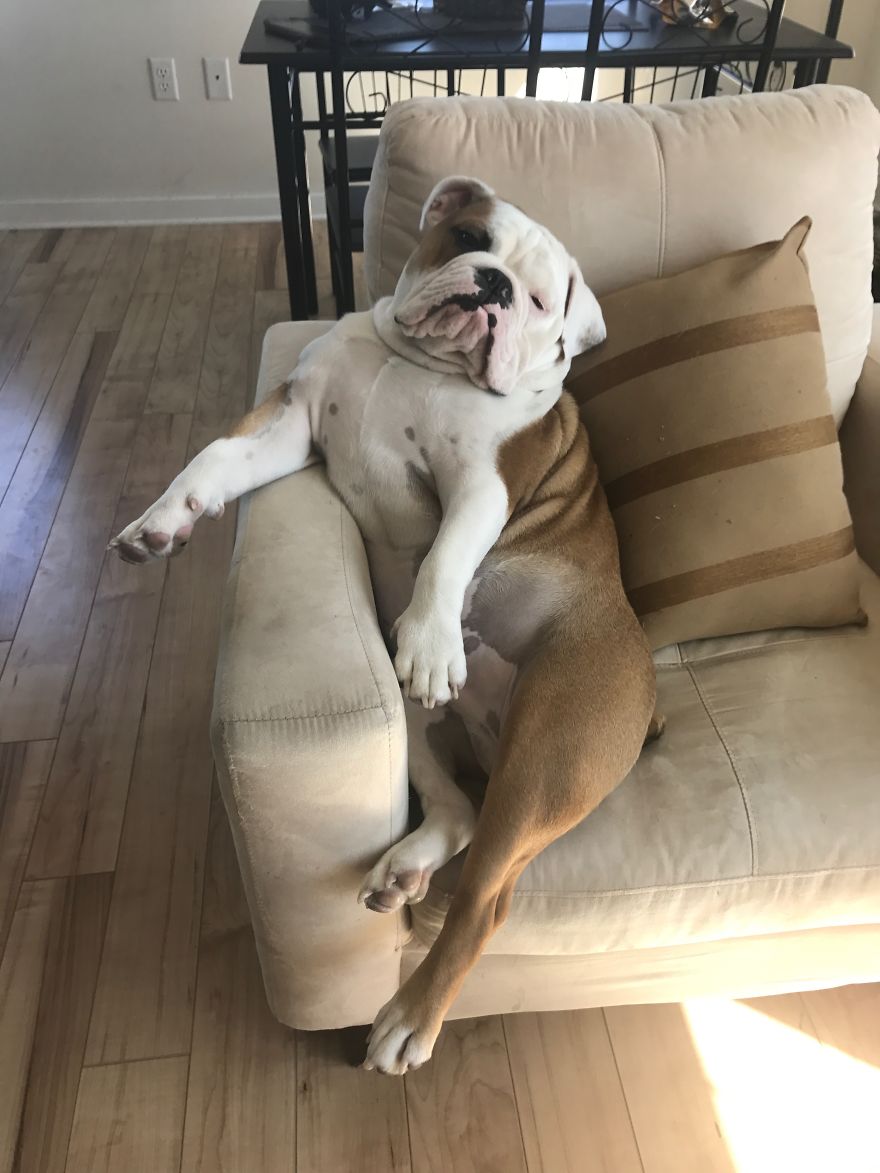 The habit first started when his mom, Michelle Guo, refused to give him food. “Walter was my first dog,” Guo begins. “I didn’t know that begging was a terrible habit that was frowned upon, so whenever I ate a meal, I would give Walter a little taste too.” However, after attending a graduation party and watching Walter walk from person to person, staring at them while they ate, Guo realized the begging needed to stop. “People were getting annoyed with Walter constantly staring at them while they were eating — understandable — so I stopped giving him food off my plate. As a form of protest, Walter climbed up on the chair, sat like a human, and just glared at me while I ate my dinner.” 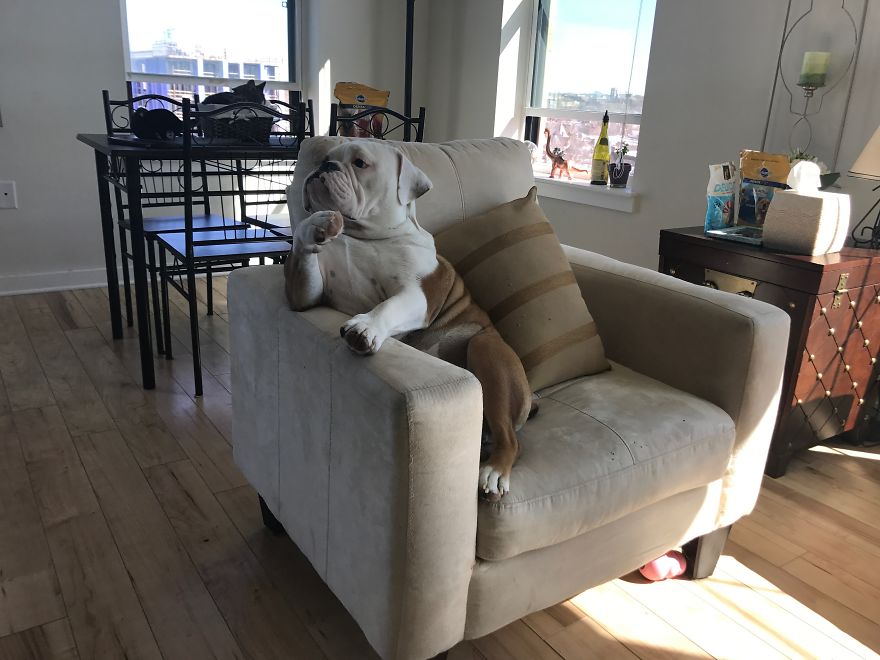 While the habit first started as a form of protest, it soon turned into Walter’s favorite relaxation position. “I have a pet cam and always check in on my pets when I’m not at home. 95% of the time, Walter will be sitting in his chair watching TV.” 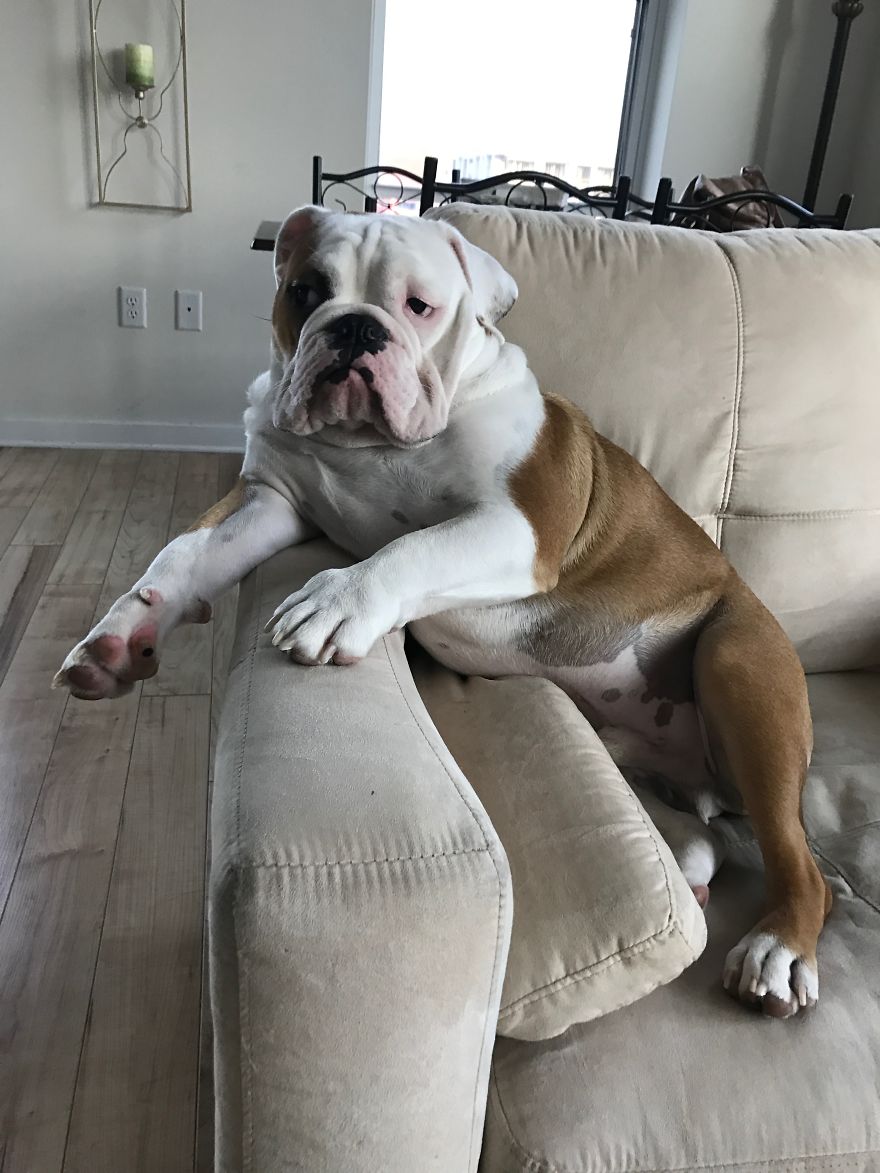 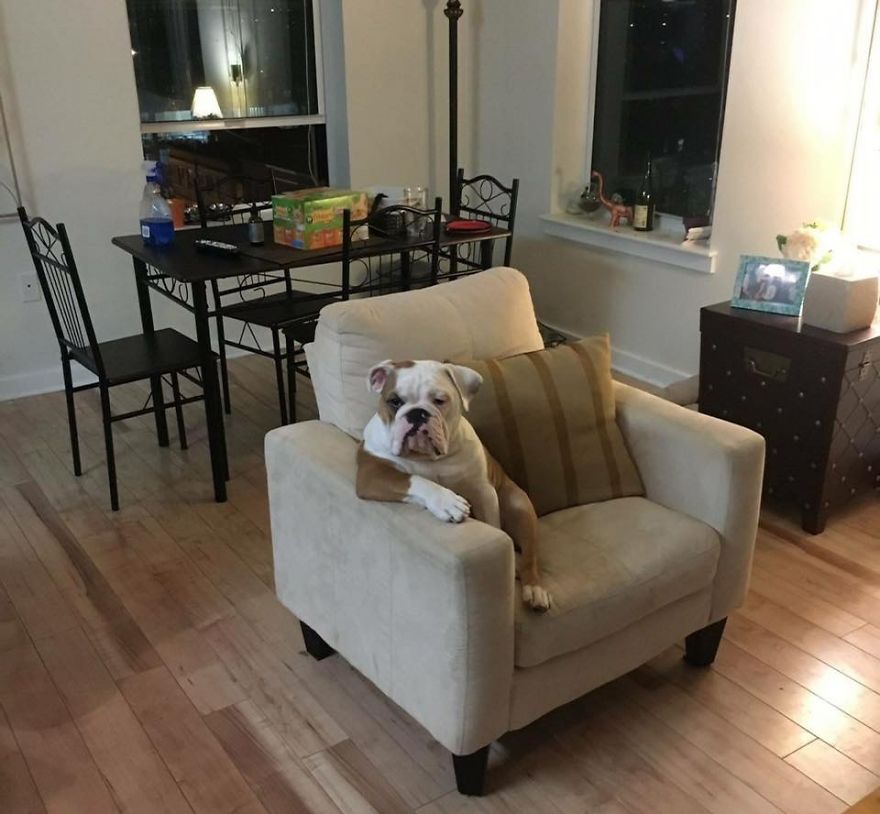 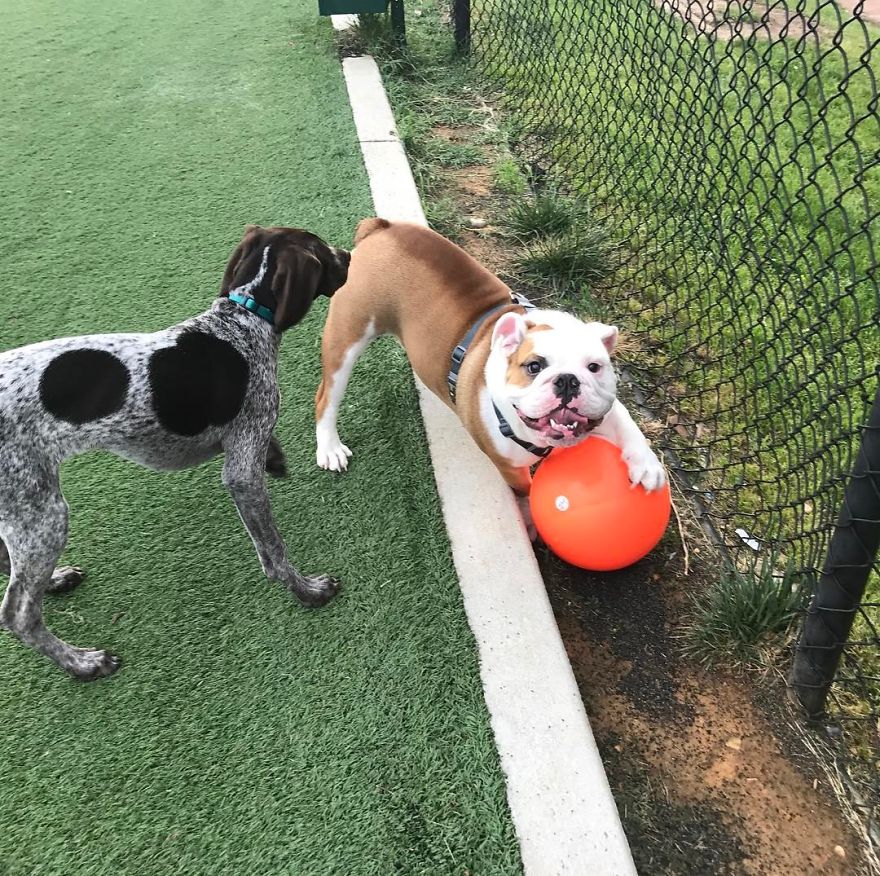 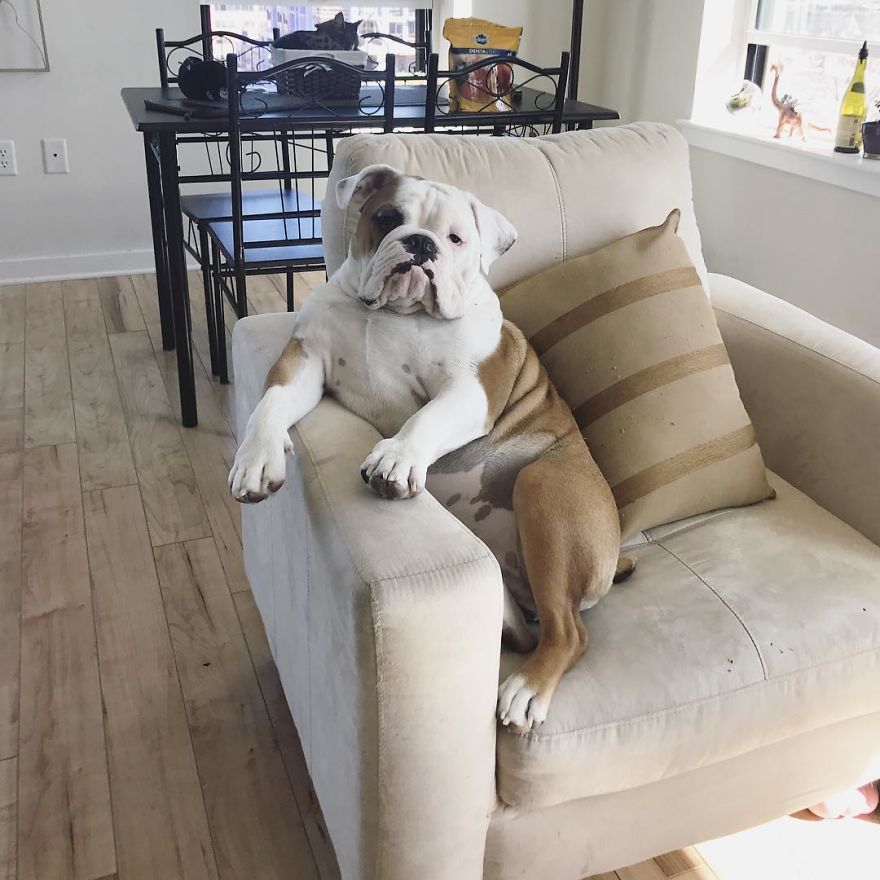 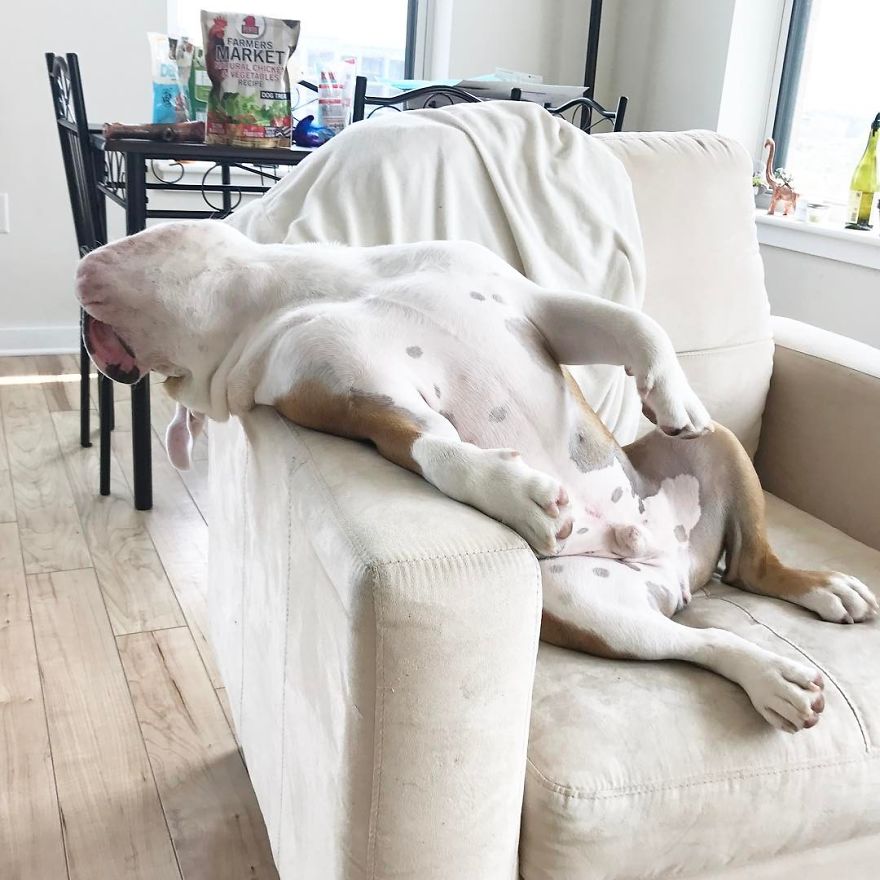 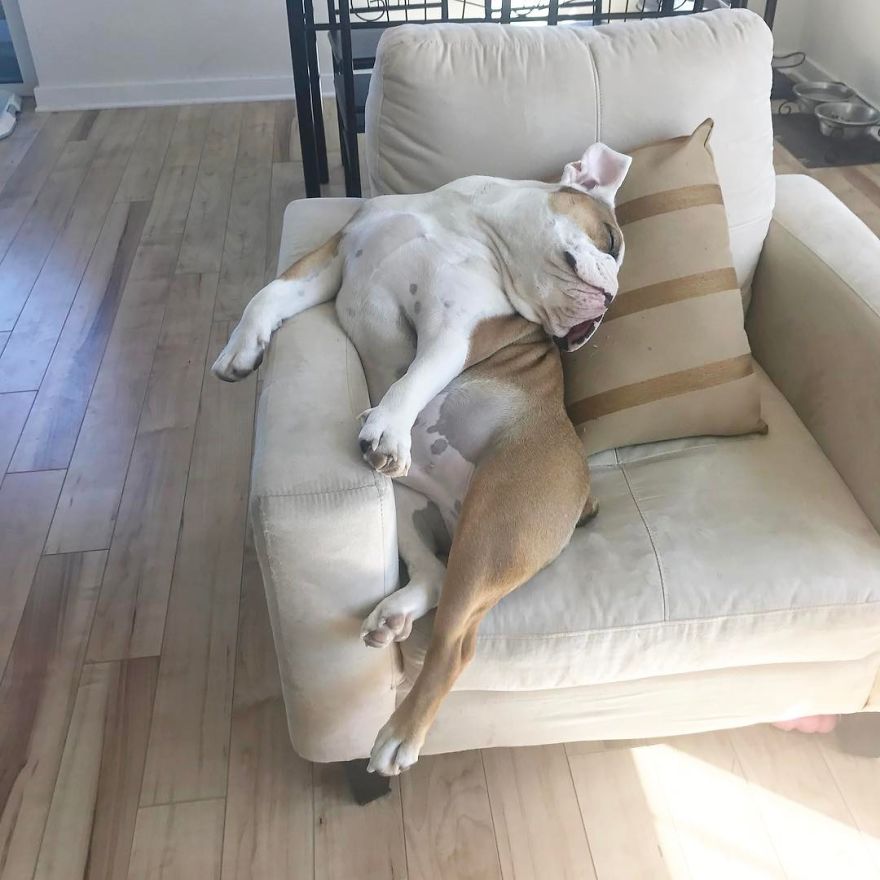 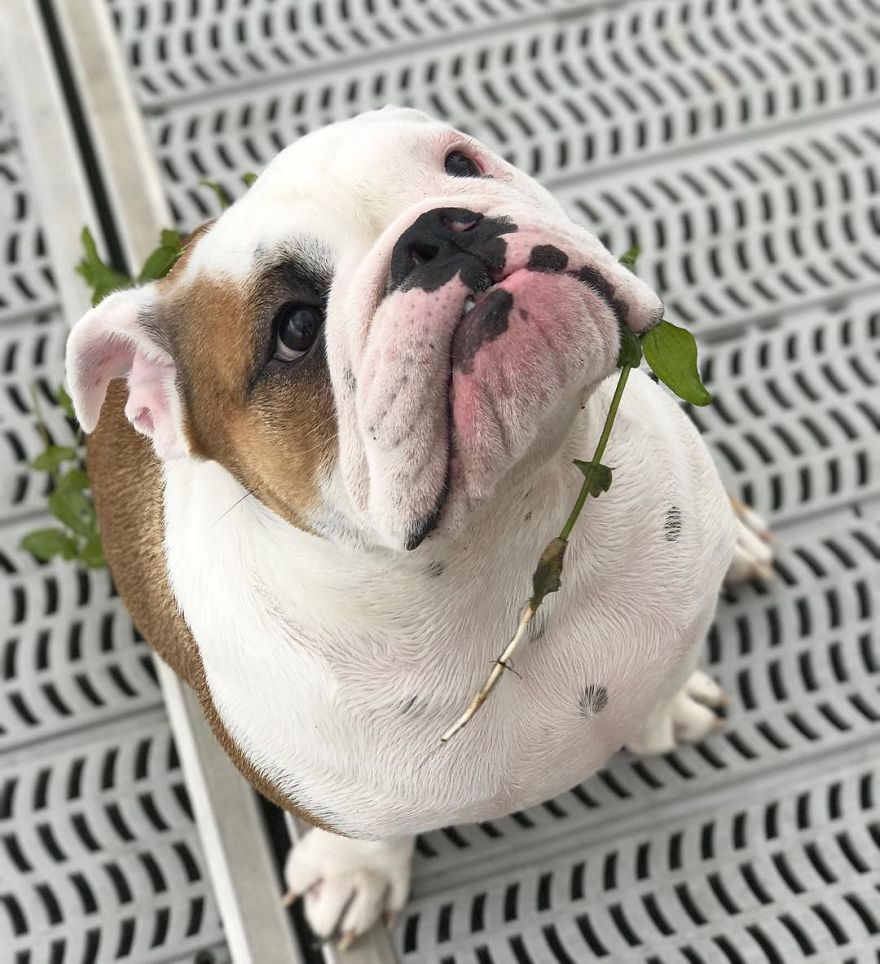 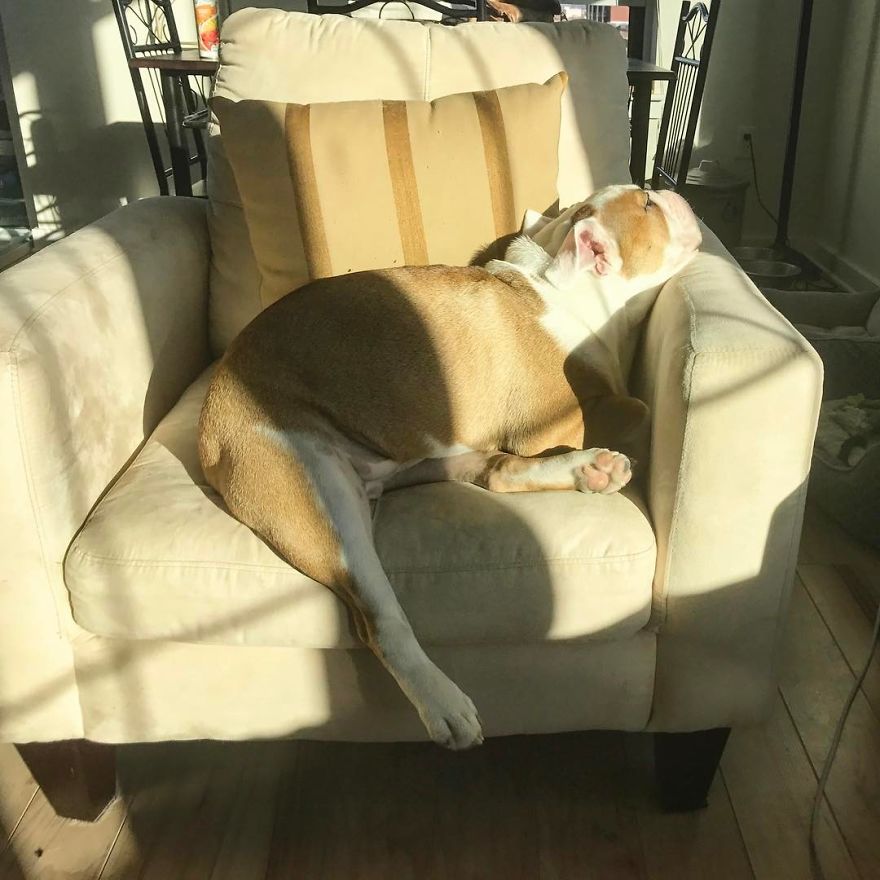