Yesterday morning, residents of Arequipa, Chile, felt their hearts stopped beating when they witnessed a homeless dog struggling to survive as the current of the Chili River dragged and pulled him under water. Meanwhile, police officers and a taxi driver rushed to save his life. The dog was pulled out of the cold, fast flowing waters, given CPR and saved. 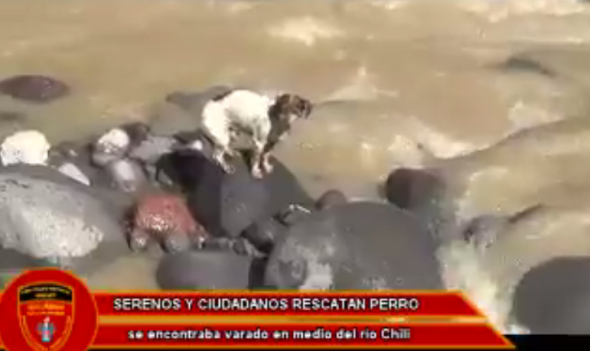 The nerve-racking experience happened when the small dog fell into the river from a bridge overpass. He was able to seek refuge among large boulders in the middle of the river, but as the crowd and rescue workers gathered around him, he got spooked and jumped back into the water.

The violent tumbling left him with a laceration to a paw and the blunt force he felt by the submerged rocks knocked the air out of him. Additionally, the cold water temperatures froze his extremities making it harder for him to swim. 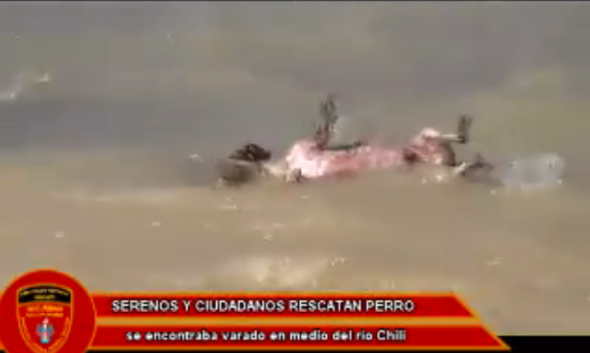 As the river dragged the dog away from rescuers, from one bridge crossing to the next, a taxi driver watching the rescue jumped into action and saved the dog himself. The man descended to the river’s edge and caught the drowning dog as he floated nearby.

Soon after, police met the man and CPR efforts were initiated. The dog was found semi unconscious but thanks to rescuers, he was brought back to life. 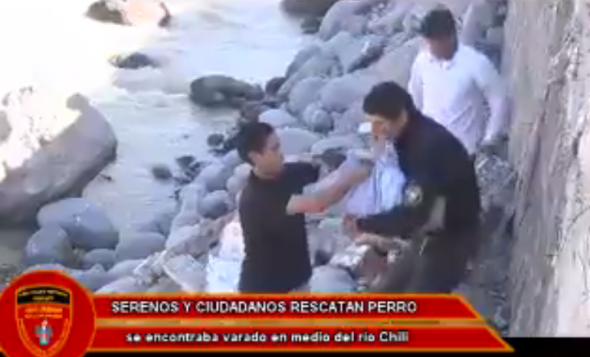 Once out of danger rescuers transported the pet to a local veterinarian. The vet donated his services, treated the pet for hypothermia, and cleaned and closed the laceration on the paw. Afterwards, the lucky survivor was taken to a shelter and will soon be placed for adoption.

Thanks to police officers and the taxi driver, the dog who almost drown in the river now has a second chance in life.