In Middletown, Ohio, the owner of an emaciated dog has been charged with first-degree misdemeanor animal cruelty to a companion animal after she turned in the dog to an animal rescue. The dog had been locked in a cage in the basement of her home after the owner purchased new furniture. 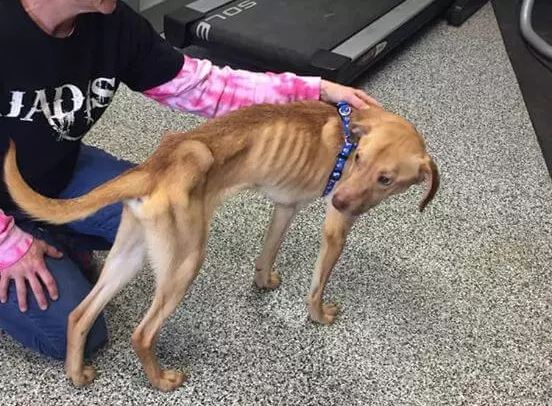 According to the Butler County Sheriff’s Office, the dog turned into Joseph’s Legacy, was so severely emaciated, an investigation was initiated. Ashley Kubilus, 27, told the dog warden she had the dog for about two years and had not been able to care for the dog appropriately.

“This is not rocket science, you get a pet, you feed and take care of the pet or you give it to someone who will,” stated Butler County Sheriff Richard K. Jones. “This dog had been starved so badly. I’m not sure how it is still alive now. She claimed she ran out of room because of buying new furniture so she kept in in a cage in the basement. The treatment of this animal is disgusting.”

The dog, dubbed ‘Starvin’ Marvin will receive medical treatment and be in the care of Josephs Legacy located in the Middletown area. Joseph’s Legacy President Meg Melampy says  Marvin is sweet and friendly.