If you’ve ever had a dog, you know what a special role they can play in your life.
After just spending a few days with them, they quickly become a member of your family. After all, dog is man’s best friend. And that means that we use dogs in a lot of parts of daily life – some you may not even think of. 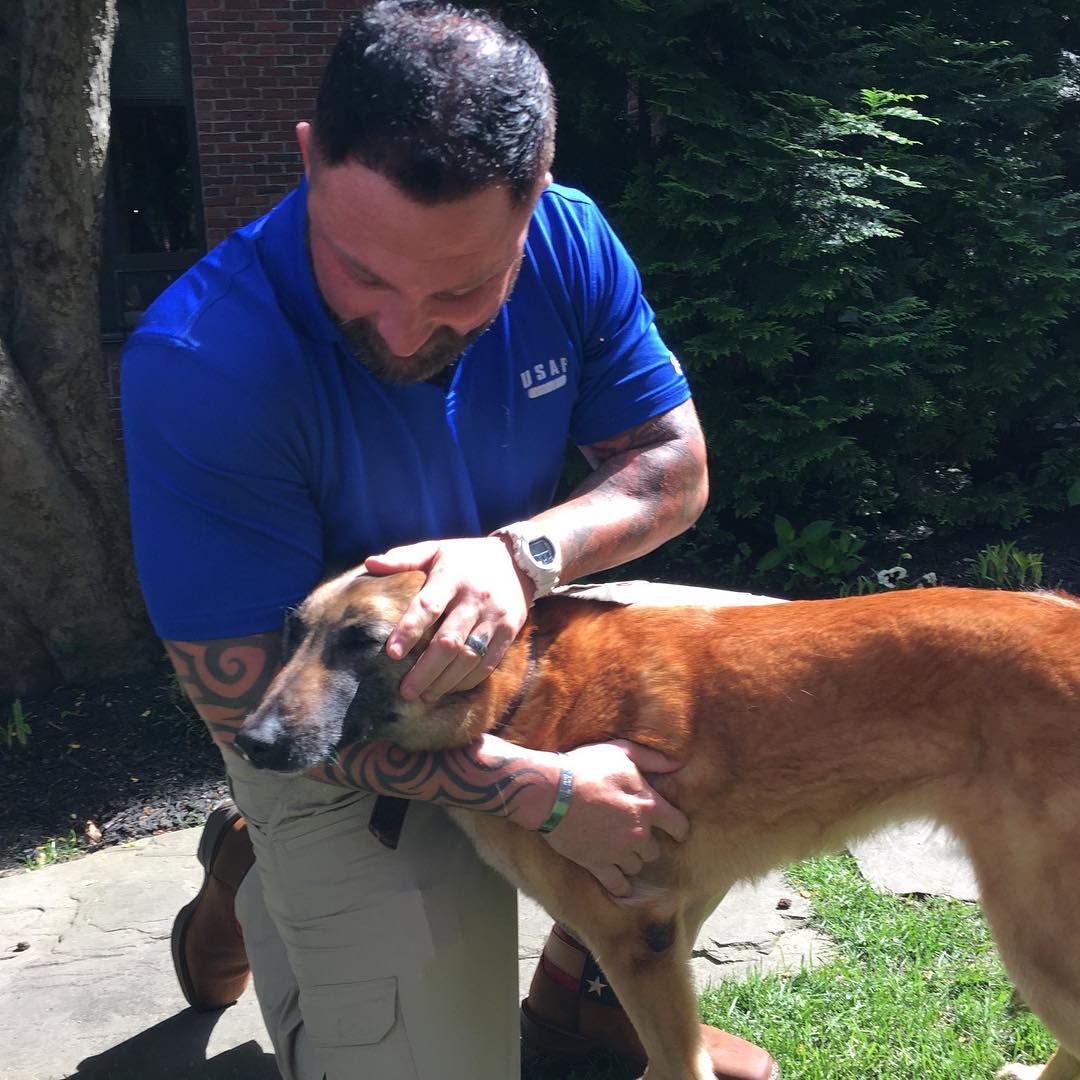 That’s definitely the case when it comes to military dogs. Today, there are about 2,500 dogs working for the military, 700 of which are deployed overseas. German shepherds and Labradors are the most common dogs used in the military due to their abilities to detects weapons, bombs, and gases that their human counterparts might not be able to.

Therefore, dogs and members of the military who work with them quickly become very close when they serve together.

They literally depend on one another for survival. If something happens to a dog while someone is out on a mission, that person is out of luck. The same can be said when it’s the other way around.

That’s why Staff Sgt. Adam Wylie got so emotional when he finally got to see the dog he had worked with overseas, Emra. 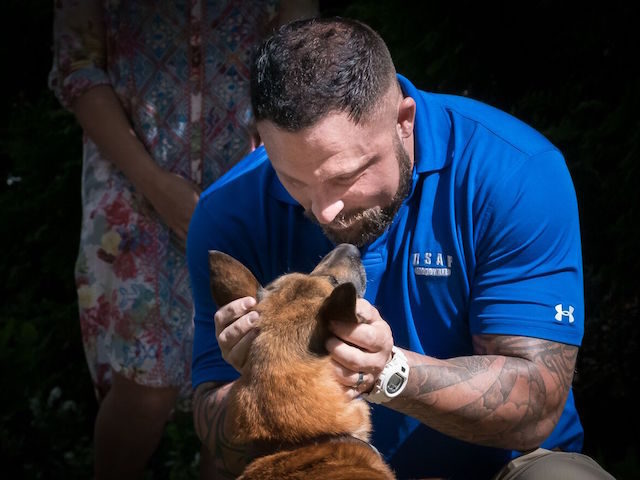 Adam, 33, and Emra, 9, had been stationed together in South Korea, where they helped each other with their daily duties while Adam was in the Air Force.

Although they worked together every day for two years, he hasn’t seen Emra in person for three years now (although he did get an opportunity to FaceTime her about six months before they were reunited).

An organization called American Humane funded Emra’s trip back to the United States. Since she was too old to work in the military anymore, she now lives with Adam and his family. 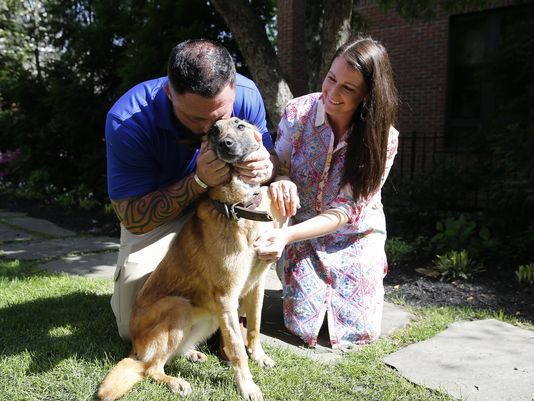 Adam was deployed to South Korea just 25 days after his daughter was born.

This was a very emotional time for him, and Emra really kept him going when all he wanted was to be home with his family.

“She means the absolute world to me. Emra was one of the first individuals I came into contact with. She was also the one I looked to for emotional support with my family being so far away. We worked 12 to 13-hour shifts and she was the only person I had to talk to.”

That kind of bond doesn’t just go away. It’s the kind of relationship you always remember regardless of how far apart you are. During the time that they weren’t together, Adam never forgot about Emra or the role she played in his life. How can you forget someone in your life like that?

It’s clear that Emra didn’t forget about Adam, either.

Upon being reunited, you can instantly tell how happy Emra is once she sees her former handler. He goes right up to her to show her some love, and she affectionately licks his cheek. It’s clear how much these two love each other.

Now, thanks to American Humane, Emra will be able to go home to Adam’s house with his family, where she’ll live out the rest of her days as a pampered and spoiled pup. After all those years of service, she definitely deserves it. Hopefully, Adam and his family will help her through her old age just as she helped him survive in the Air Force. This truly is a story of a beautiful relationship with a happy ending.