Dogs are truly one of a kind companions. Descendants of wolves, these creatures can be bred for a variety of tasks such as herding, hunting, or working.

The World Canine Organization is the largest registry of dog breeds that are internationally accepted. According to their data, they recognize that 339 dog breeds can be divided into 10 main groups. 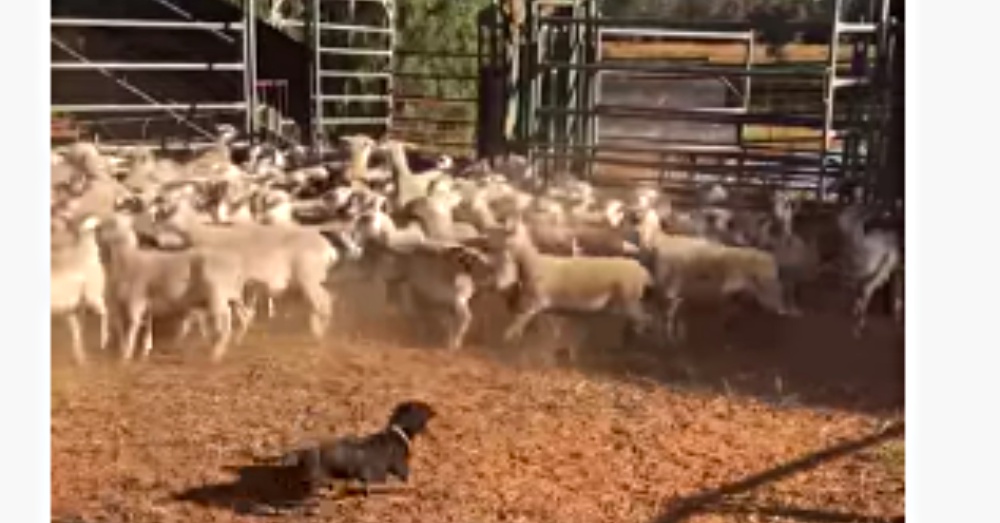 A Miniature Dachshund named Frankie is truly a sight to behold. He bravely rounds up flocks of sheep in Australia as his main hobby throughout the day. An adorable video filmed by Charlie Rowlands captures six-year-old sausage dog Frankie herding and rounding up sheep into the farm paddocks. Although Frankie is not your typical herding breed, he fits the shoes well and has adjusted to his new work in Girilambone, New South Wales.

Dachshunds and herding dogs are each their own separate groups. But what happens when one special doggo seems to merge between both types?

Measuring at a mere 5 to 7 inches in length, Frankie is not limited at all by his minuscule appearance. He confidently lets the sheep know who’s boss and runs the show like a composer at an orchestra event. Even when some sheep seem to get away, Frankie is relentless in his approach and makes sure to not miss a single sheep. 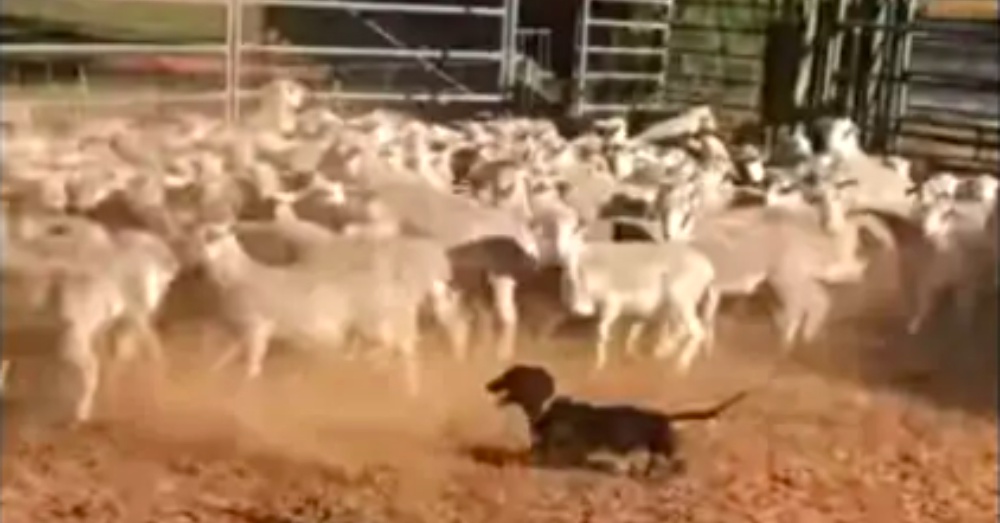 Frankie’s master, Mr. Rowland, stated: “Frankie is a 6-year-old Mini Dachshund. He loves the farm life and in this video is helping move a new mob of sheep out to the paddocks.” Furthermore, he mentioned how Frankie has a big personality and is infectious by the way he carries himself as a leader.

He is always trying to get involved with farm duties whether it be rounding up sheep or chasing pigs. How did a mini Dachshund earn his way in this neck of the woods? Typically, Australian Shepherds would be the ones to traditionally work with sheep in farms to assist in herding. That wasn’t the case here. 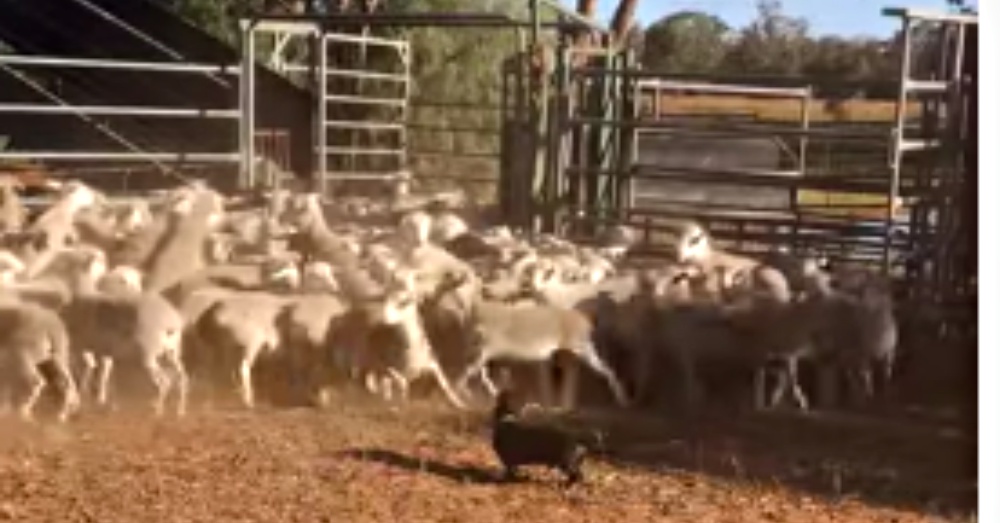 Dachshunds, like Frankie, are known to be more care-free and playful overall. The breed was originally created as scent hound dogs to hunt pheasants, badgers, and other tunneling animals like rabbits and foxes. They can be very warm to their masters, however, they can take some time to open up to others who may not be as familiar.

The breed dates back to the Middle Ages where Dachshunds were used frequently in Germany as hunting dogs.
Dachshunds have a lovable and dependable temperament that make it fit as a family-oriented pet. The smaller size was developed in order to account for smaller, tunnel burrowing creatures. 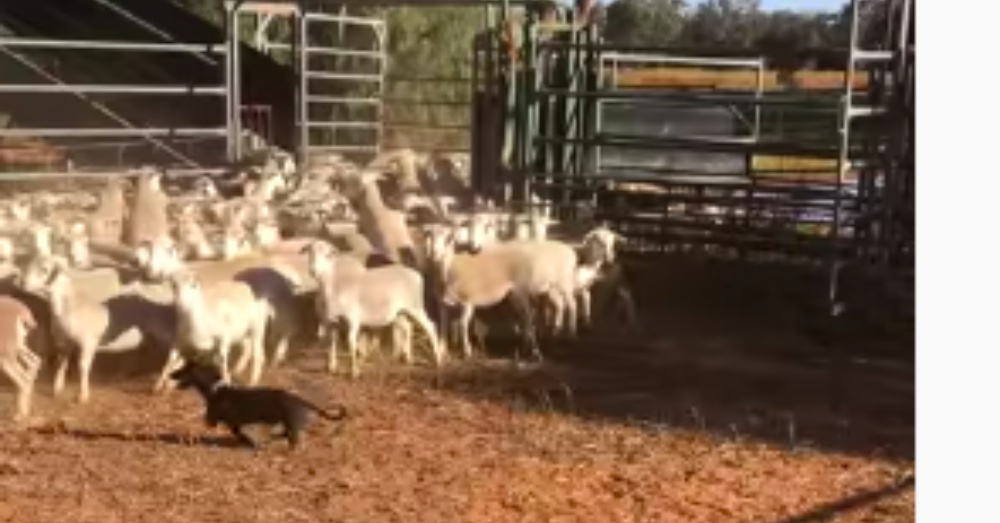 The one drawback of the breed is that Mini-Dachshunds tend to have back problems because of their long spine and short rib cage. Be aware that they should avoid jumping from high places to avoid a disk from slipping accidentally. Also, make sure to hold them appropriately so their spine can be aligned properly.

In the clip, you can see Frankie persistently trying to keep to tame the group of sheep. His tail wags non stop as his energy appears to be infinitely determined to get the job done. The sheep that thought could get away were no match for Frankie’s keen sense of detail as he made sure to round up every single one. 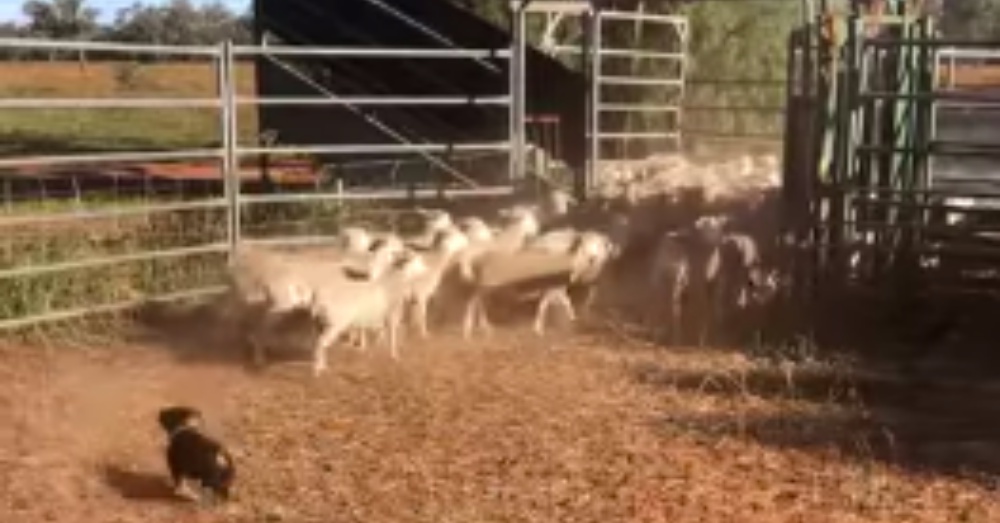 Finally, the adorable pooch succeeds in his endeavor and the sheep are mustered in the pen. It’s hard work out on the farm for this doggo, but he sure isn’t complaining. Frankie is happy to do what he does and will continue to do so with his lovable stature.

Make sure to watch the full clip in the link below!