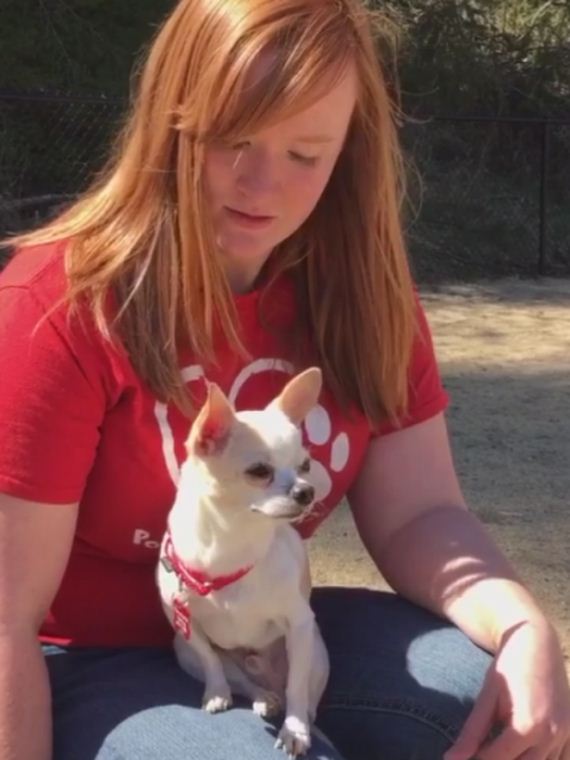 A car crash in Hauser, Idaho that claimed the life of a woman over the weekend, almost managed to claim two lives. No one knew she had been traveling with her small dog at the time, and he ended up being towed to a junkyard still trapped in the wreckage. Two days later during an investigation, he was discovered and saved. He was somehow unharmed.

Unfortunately, authorities have been unable to locate any next of kin or friends of the deceased driver. That left the poor little guy homeless and without a family. He’s currently staying with a rescue called Power of the Paw, and they are asking for help in finding him a new home.

“It’s a miracle, it really is,” said Autumn Jolley, founder of Power of the Paw. “And he’s a little fighter.”

The little guy has a strange name, but it’s one that is very telling of the bond between this dog and his human.

“That’s why his name is Uno Solo – because he was her one and only,” said Jolley.

Power of the Paw has already fielded more than 60 applications to adopt Uno, but there is still a bit of a waiting period involved. His human’s will needs to be checked to see if there is either a next of kin listed, or if he is supposed to go into the care of someone else in the event of her death.

“I just want to get him the perfect home that will love him the way she did, because I know she really did,” said Jolley.