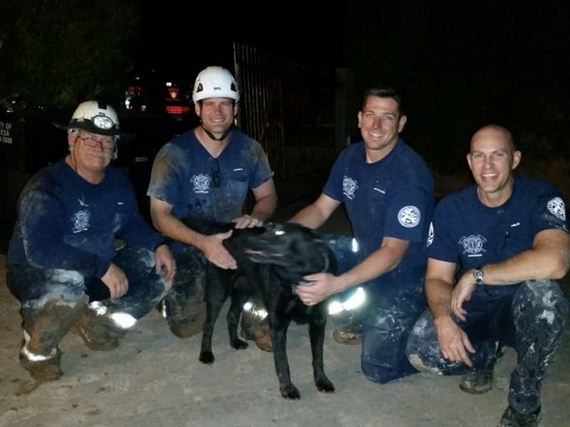 On February 19, 2015, Karen Ziegler from Mesa, Ariz., returned home to find her husband desperately looking for their 12-year-old black Labrador pet named BB. Ziegler’s husband said he knew the dog was on the property and had been searching for her for hours to no avail. When the couple checked their backyard, they could hear BB crying and as they followed the sound, they discovered the dog had entered a tortoise den and was stuck.

The Zieglers own a pet turtle and she had dug a den leading to underneath the homeowner’s driveway, where the turtle usually keeps cool. However on that day, the turtle was out in the yard while BB was stuck in the den.

Ziegler called 911 and the operator told her a rescue unit wouldn’t usually be dispatched for this type of rescue, but because the pet owner was in a panic, the operator said she would call firefighters and see if they would be able to help.

Within minutes , three firefighters from Station 211 arrived at the home and assessed the situation. They realized they were not equipped for this rescue and called Station 204 for help. Four more firefighters arrived with heavy equipment ready to rescue BB. 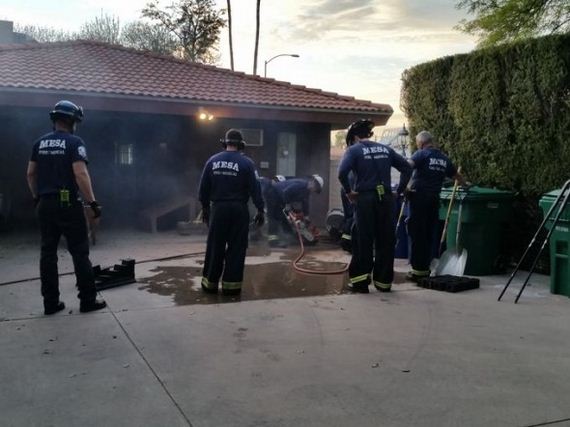 The rescue team had to cut open the driveway and dig to the den to get the dog out to safety. A firefighter was standing by with a pet oxygen mask ready to give the Labrador medical attention if the pet needed it.

BB was not injured. It took firefighters 2.5 hours to get out of the den, but in the end, the dog was safely rescued. BB walked around, wagged her tail and thank her rescuers for coming to her aid. 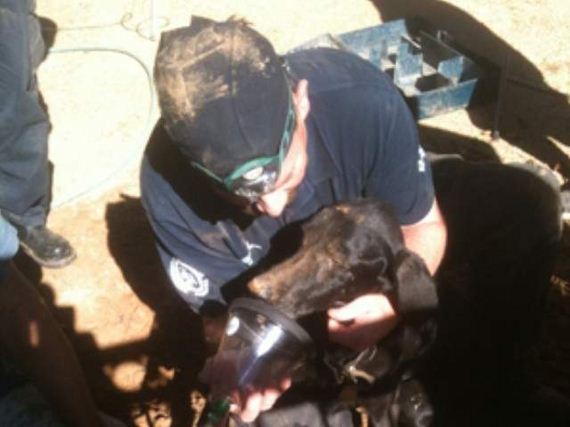