On December 14, 2015, a 10-month-old Siberian Husky from Oakland County, Mich., went missing after his owner visited a Kroger grocery store and left the pet unattended and tied to a pole outside the store. Fortunately, just a day later, the dog was found and reunited with his owner. 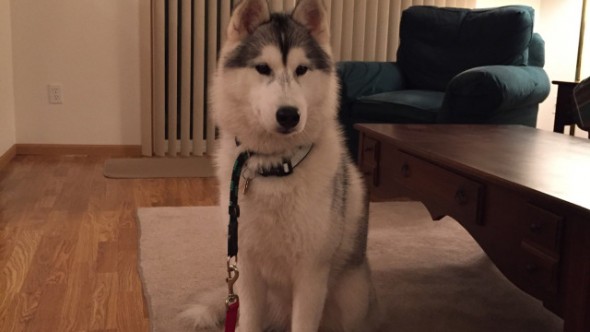 No matter where you live, leaving a pet unattended and tied outside will most likely lead to the pet getting stolen or “rescued” by a Good Samaritan who assumes the dog was abandoned by his owner. Well, this is just what happened to Kodi when his owner took 20 minutes shopping in a grocery store.

After leaving the pet all alone for 20 minutes outside the store. the pet owner returned to where he had left his pet but found his dog missing. Fearing someone had stolen his best-friend, the man contacted police and a search for the dog ensued.

According to CBS News, witnesses say a white male in his 20s driving a Jeep Wrangler  was seen picking up the Husky.

The following day, local police received an anonymous tip that led them to a residence where Kodi was found. Police reunited the dog with his owner.

It was not clear if charges where made against the person who took Kodi, what’s clear is that Kodi should have never been tied outside the store and left all alone.

We’re glad the dog was found unharmed and reunited with his owner, and we hope Kodi is never again left unattended.