A missing miniature therapy horse was found alive on Monday after having been stranded on a roof as floodwaters swept through Japan’s Mabicho district of Kakehashi. The nine-year-old mare had been part of the animal therapy program at the Life Town Mabi senior citizen care facility.

According to the Japan Times, the nursing home staff had to release the miniature horse named  Leaf  and her one-year-old colt, Earth, once the torrential rains forced evacuation of the facility. The horses had been missing for days and assumed having drowned by home’s staff, however Leaf’s caretaker, Mari Tanimoto, 49, had no intentions of giving up and hoped the horses survived by swimming to higher ground. 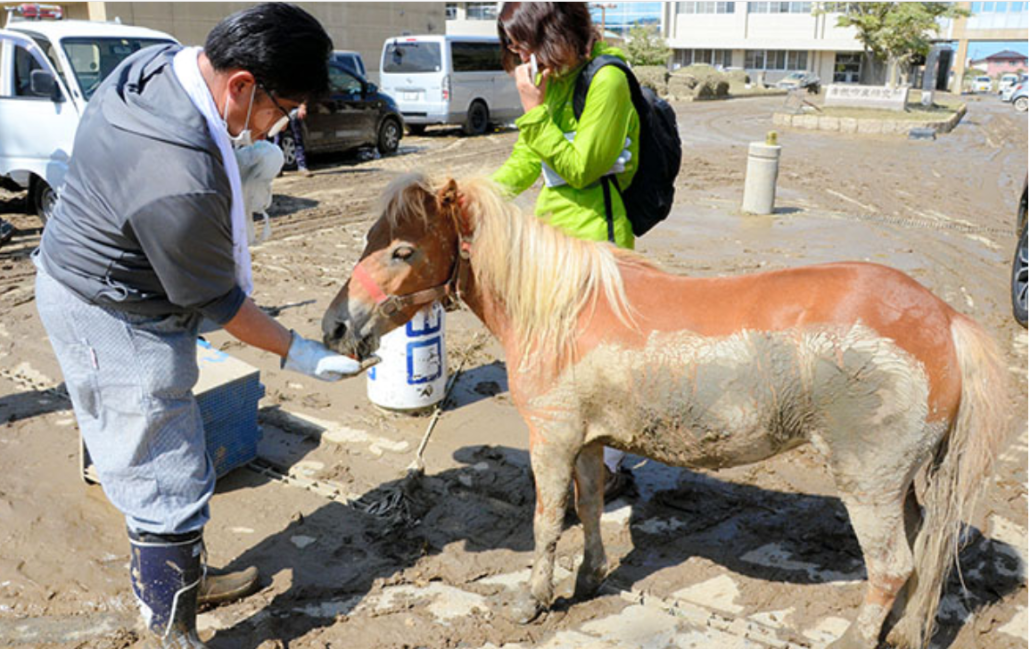 And then came quite the unexpected turn of events.  As the water receded, Peace Winds Japan, a non profit rescue team  were stunned when they spotted a miniature horse standing on the roof of a private home completely covered in mud. As the rescuers were making plans to get her down from the roof, Leaf  lost her footing and fell six-and-a-half-feet to the ground. The lucky little one only suffered minor injuries to her one leg and was helped up to her feet. No one knows how Leaf ended up on the roof since the floodwaters never reached that level. 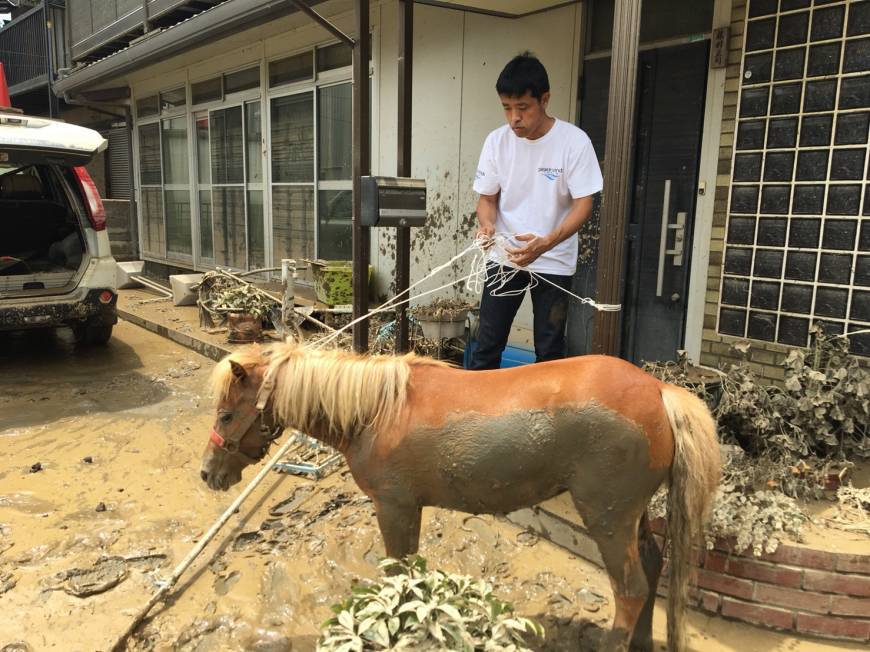 It was an emotional reunion for Mari when Leaf was reunited. The horse has been extremely popular with everyone and is known to have 50 to 60 visitors coming every weekend to visit with her. Sadly, an update on Earth was heartbreaking:

“West Japan heavy rain today, I checked at kurashiki adult disease center, and I found another horse that was missing (the son earth of a protected leaf yesterday) was found in a dead state. In this heavy rain, many animals were also sacrificed. I wish you all the rest of the earth. Your Photo is from your followers.” 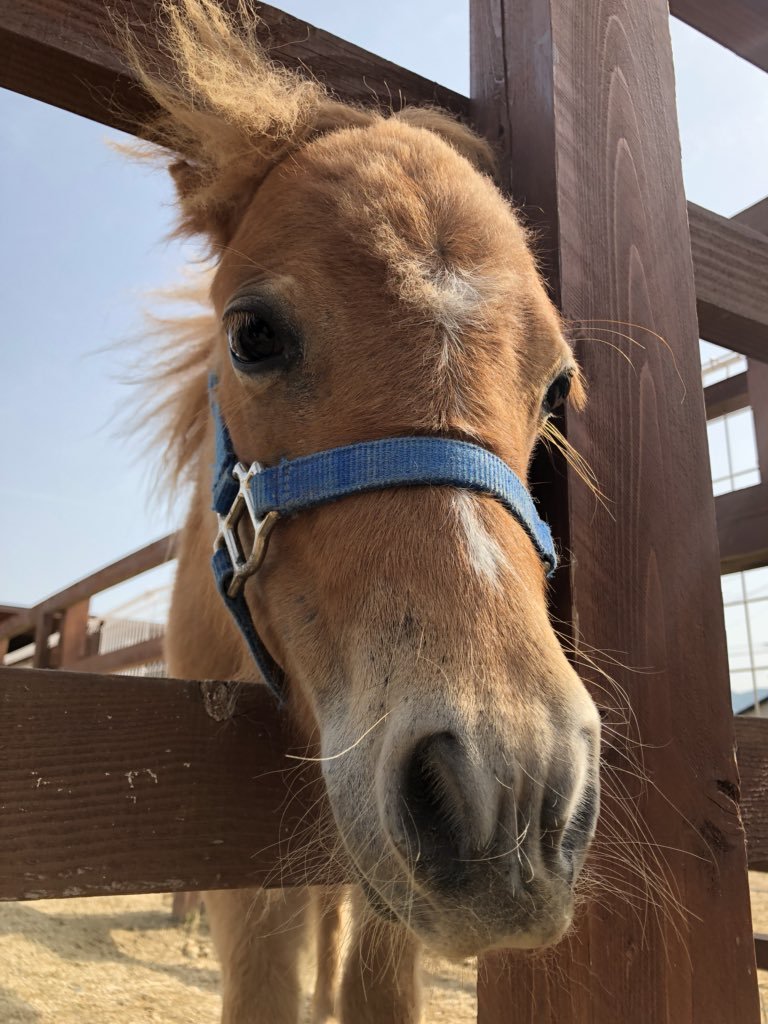 More than 170 people have been confirmed dead after the torrential rains caused widespread flooding and landslides along with many animals and pets.