When Reuben Roque of Los Angeles saw some disturbing footage from his neighbor’s security camera, he knew he had to help. A dog had hopped into a man’s car (Roque believes it must’ve been the owner), then was carried back out of the vehicle and hurled over the side of a cliff.

Miraculously, a bush broke the pup’s fall and she was okay. Now, police are after the man who did this. 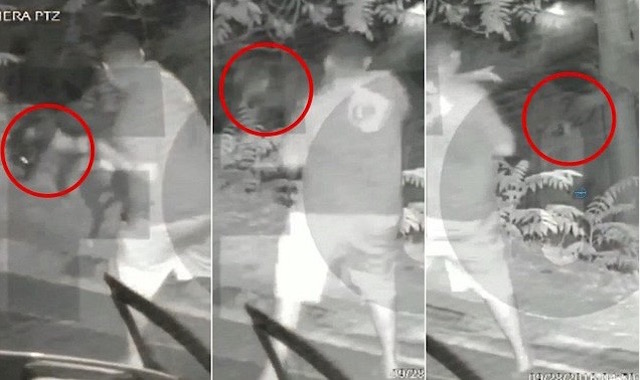 Roque was so heartbroken by the incident that he offered to foster her as the investigation progresses. The Pit Bull mix is fondly referred to as “Girl,” and despite her ordeal, he says she’s a total sweetheart.

“I’ve seen that video three or four times and every time I’ve seen it I don’t know…I’ve seen ugly things in the world,” a tearful Roque told Fox 11.

You see, there is another special reason why this good Samaritan can identify with the down-and-out dog: he’s a combat veteran, and has dealt with his fair share of trauma. Over the two weeks that he’s been fostering girl, they’ve become quite bonded. 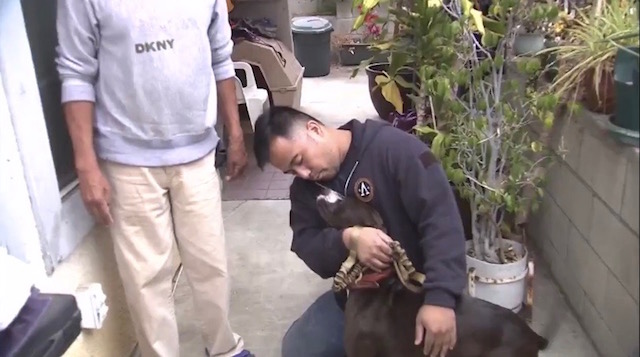 “I think I may have seen a little bit of me going to through transitions and what not but she’s a sweet dog,” he explained to Fox 11.

Girl will be in the care of animal control for 72 hours as part of the investigation. But if no one claims her, Roque hopes to adopt her. According to the story, animal control has promised to bring Girl back to him, as well as waive any adoption fees. 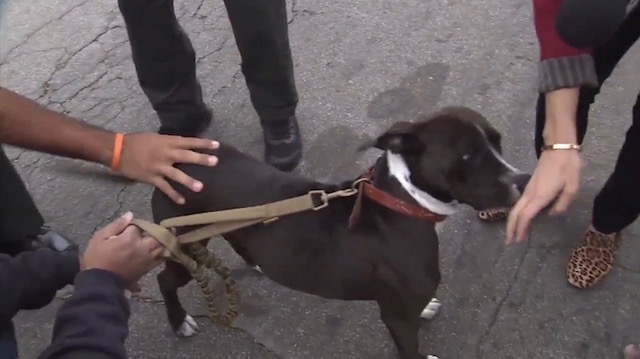 Marcia Mayeda, the director of the Los Angeles County Department of Animal Care and Control, issued this comment to Fox 11:

The Los Angeles County Department of Animal Care and Control was shocked and horrified to see this video. Animal cruelty is a serious crime, and the Department is thoroughly investigating this case to identify the perpetrator and identify which criminal charges may be referred to the District Attorney’s office. We hope this individual will be identified by a FOX 11 viewer so we can complete our investigation and find justice for the beautiful, sweet dog.

As for the suspect, he was barefoot and wearing glasses in the video. He also drove a silver Audi. As this information spreads, we hope the police get enough leads to track this man down. 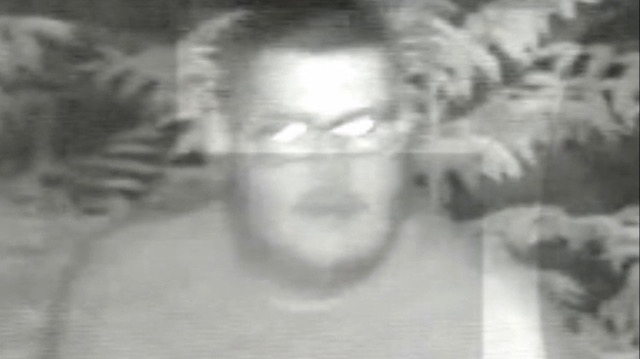 We have chosen not to include the disturbing footage in this article, however, this news segment by Fox 11 News includes clips from the security tape.

There’s absolutely no excuse for this kind of abuse. We’re just glad that Girl found the hero–and hopefully, the forever home–that she needed.