On Friday afternoon, with a dying phone battery and little time left to spare, an impassioned plea was sent out from the shelter to the Cajun Navy and the TSK Hurricane Evacuees Pet Referral Network:

More than 100 animals and two people stranded on the roof of an animal shelter in Newport, North Carolina, were later saved from Tropical Storm Florence thanks to the efforts of the Cajun Navy, and others helping to spread the message. 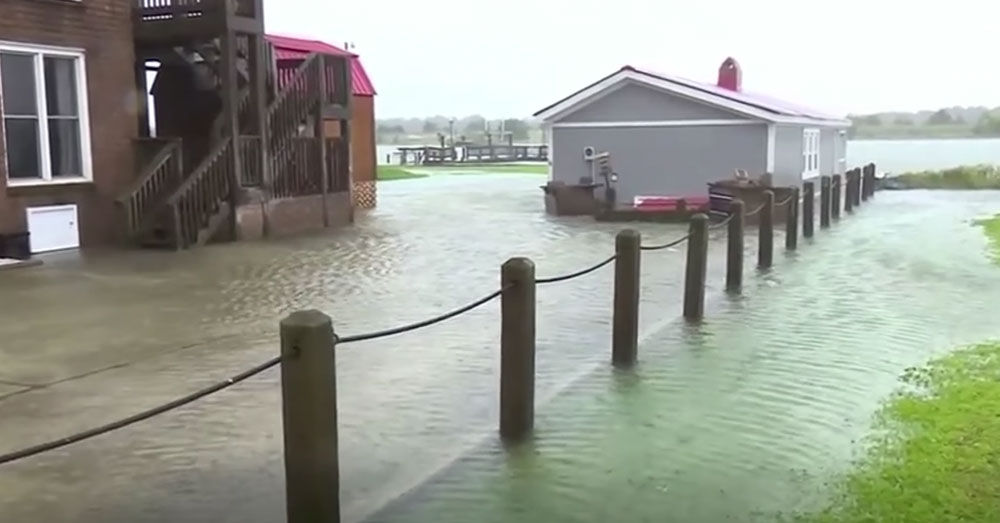 The two shelter workers, along with 43 dogs and about 80 cats, were trapped by floods for a few hours in the Carteret County Humane Society (CCHS) before the search and rescue team arrived, USA Today reports. The volunteer group, made up of local boat owners, successfully moved the shelter workers to dry land as Florence continued to deluge the East Coast with heavy rainfall. 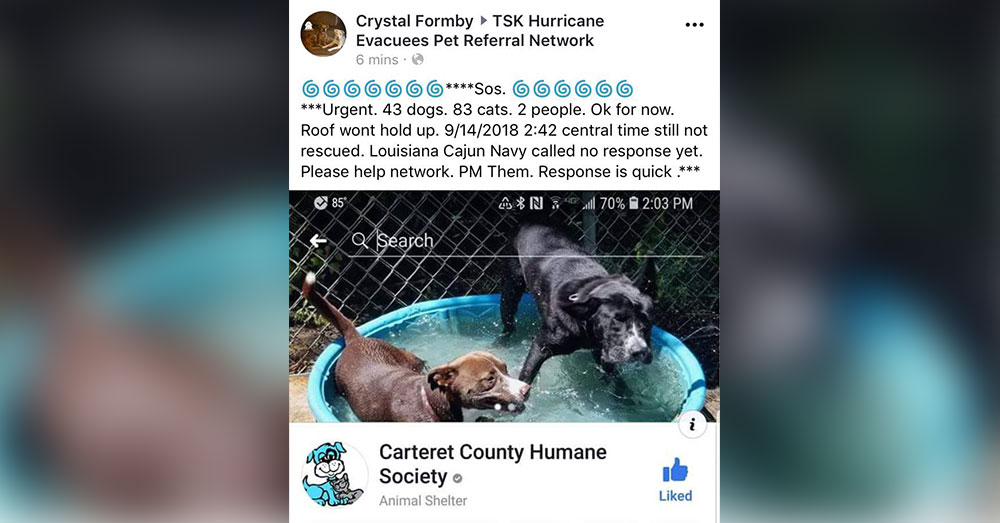 Last least 15 chickens kept in one corner of the shelter were lost to the disaster. Even on the top floor, people and animals were wading through a few inches of water as the floods worsened. The roof was caving in, as well.

“The shelter is old and needed repairs before the storm,” wrote manager Cassandra Tupaj. “Also the roof over dog kennels is saturated and not looking like it will hold up the whole storm.” 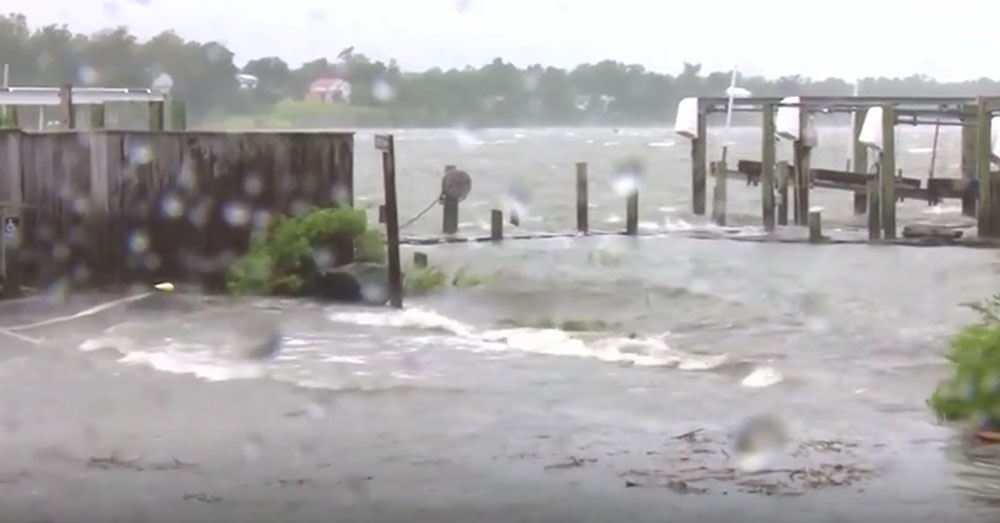 Until Saturday, Roads around CCHS were impassable without boats, so the local fire department cut down the trees lining the streets, and removed those that were blocking the way, so rescue vehicles could make their way through. 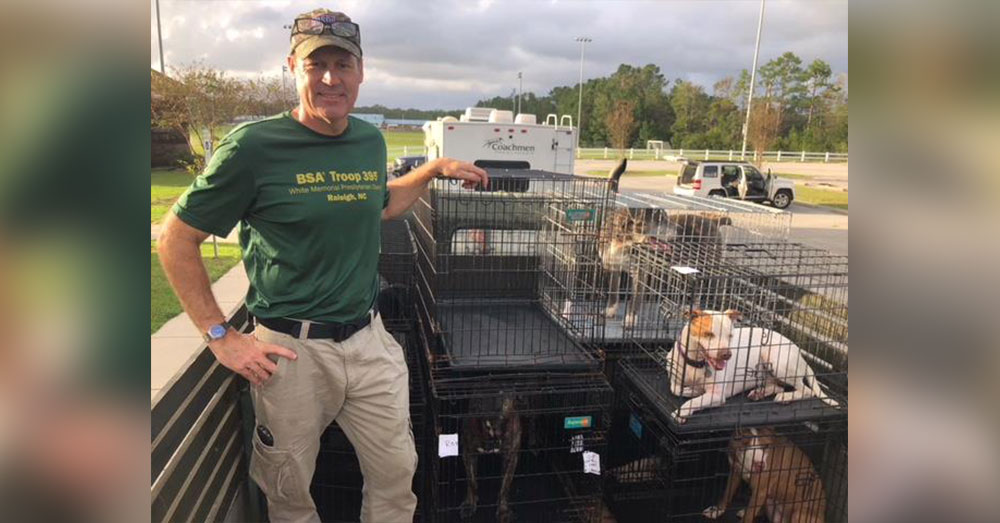 A transport team from North Carolina’s Peak Lab Rescue arrived at CCHS in a 5-ton military truck to take the rest of the animals on Saturday evening. They were temporarily held at Fort Benjamin, then moved to a facility in Raleigh.

“Dogs will be vetted, bathed, fed, and pottied upon arrival,” Peak Lab Rescue wrote on Facebook Sunday night. “After a long day, we are sure many of them will be happy to have a clean, dry crate with a soft towel or blanket to sleep on for the evening. Tomorrow, we hope to get as many dogs as possible placed with rescue groups.” 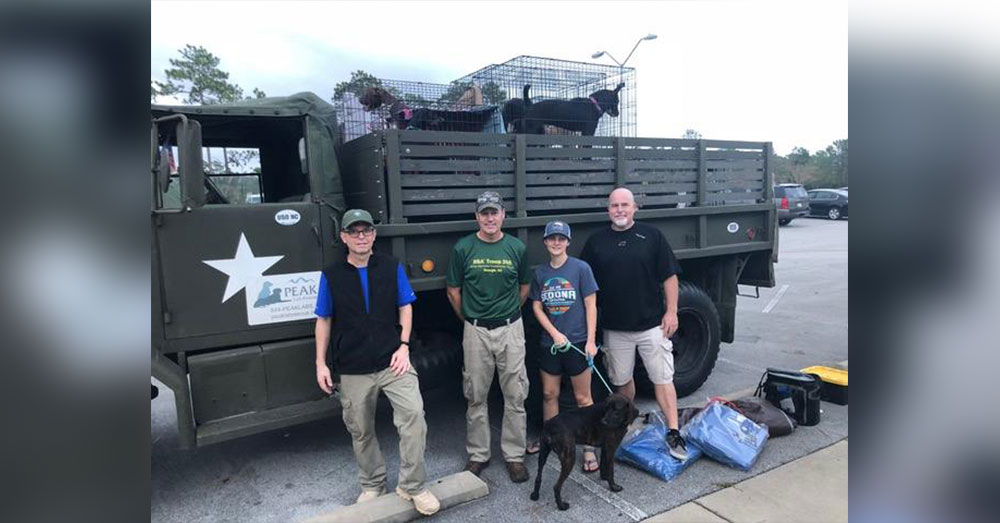 It’s been downgraded to a tropical storm since landing ashore on Sept. 14 but Florence is still wreaking havoc on the coastal communities of the Carolinas. More than a million people have evacuated, and many still remain.

Rescues continue to be carried out throughout the region, but you can learn more about this one in the video below.