In the city of York, England, a photo of a distressed mother goose looking over the remains of a smashed egg has gone viral. The post has been shared 86,000 times receiving more than 20,000 comments.

For the past two years, students have been feeding the goose. On Yorfessions, a Facebook group organized to help students relieve stress, posted the disturbing photos with a heartfelt message.

“Whichever sick and twisted individual decided to  throw and smash a goose’s egg across Greg’s place today, I hope you know that should you ever trip and fall and in to the campus lake, we’ll be there to hold your head under while you drown.

We’ve been feeding the geese for almost two years now and to see momma goose so distressed was awful, especially as she came to show us all the pieces of her egg you’d smashed.” 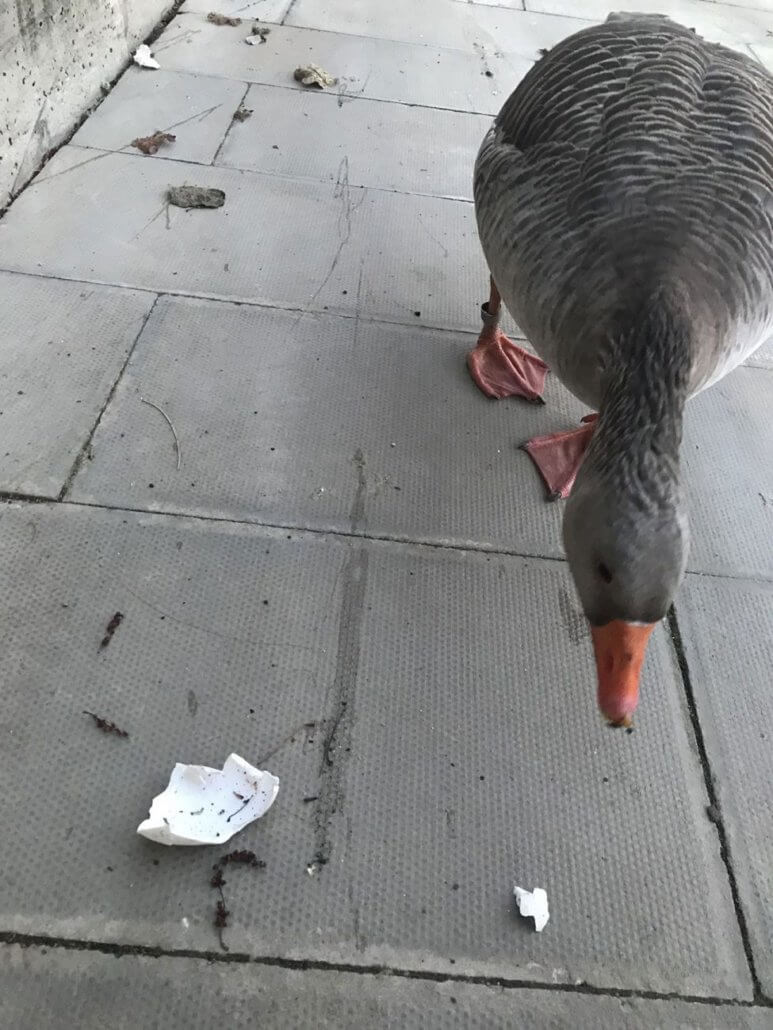 Animal advocates have been quick to share their sorrow for the mother goose and have posted their own photos with their geese. Students at the university have asked for an investigation, however several comments questioned whether the smashed egg really belonged to the mother goose.

According to the university however, a spokesperson for the school stated the egg remains were rotten and that the remains had been on the sidewalk since last year. It is common for geese to remove old eggs and shells from their nesting sites at this time of year.

Nevertheless, there are many people who insist respecting wildlife is important. If someone did smash the mother goose’s egg, you must be a “real creep” one person wrote.