On January 24, 2015, Gary West from Muncie, Ind., went to work and as he parked his car in the back of his family business, he heard dog cries coming from a nearby dumpster. The concerned man checked the container and found a German shepherd puppy abandoned in the bin lying on piles of trash. 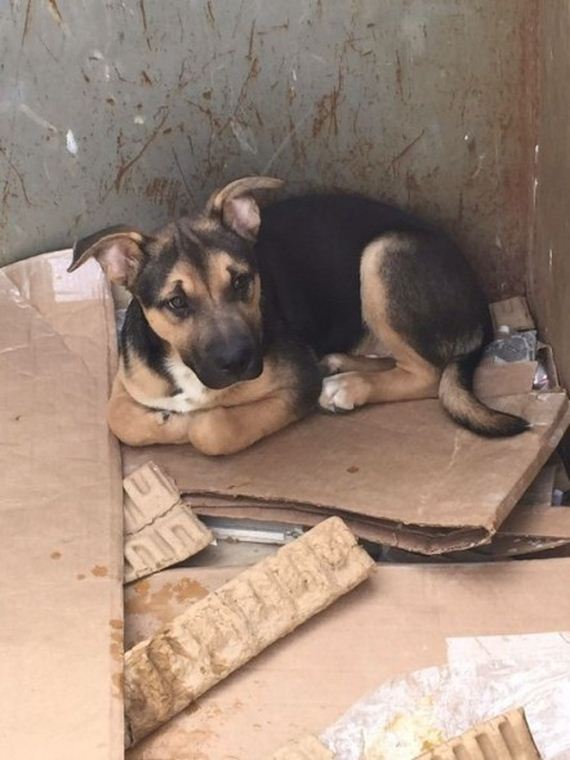 The man called authorities and police officers were dispatched to United Home Supply located on South Hoyt Avenue. Muncie Animal Shelter workers assisted police in rescuing the discarded dog. They helped transport the puppy back to the shelter.

The dumpster dog was named Miles and found in good health. Rescuers said the young dog was very scared at first but once he felt safe and was surrounded by loving people, the puppy started to come out of his shell.

On January 31st, Muncie Animal Shelter announced on their Facebook page that Miles had found a new loving home: 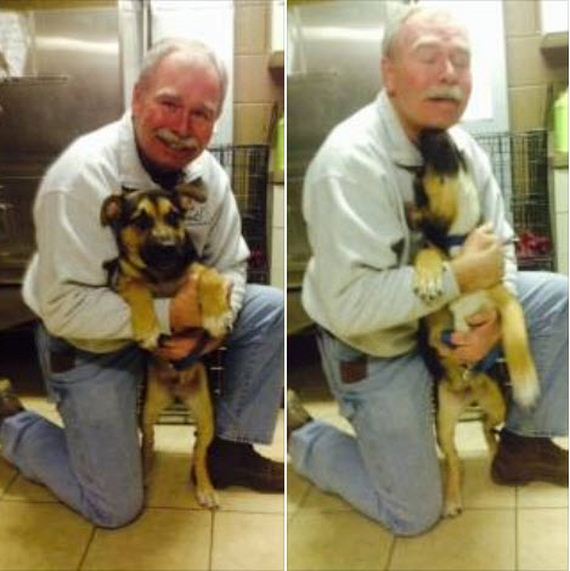 Mr. West visited the dog at the shelter a few days after he helped rescue the pet. In 1978, the West family rescued a stray lab mix they found wandering outside their family business just before the ’78 blizzard. They named that dog Blizzard and after founding Miles this January, the family considered welcoming him to their home too. However, the shelter did not confirm the West family is Miles’s new adopters.