There’s no doubt that Milo’s looks are unique, in more ways than one. For starters, no one is sure where this bright-eyed cutie’s curls come from. Secondly, his huge, human-like grin is simply impossible to resist – just ask his mom, Ivy Rylander.

“So many people just say that he smiles like a human,” Rylander told The Dodo. “A lot of dogs smile, but there’s something so big and happy about his grin.” 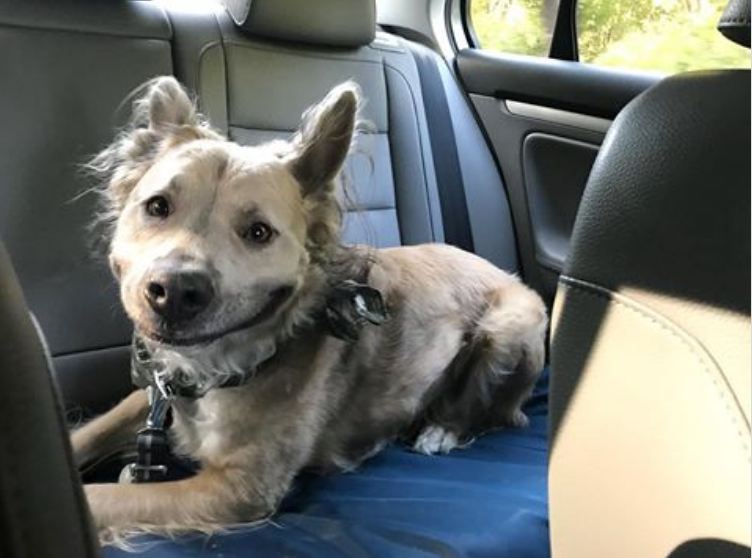 Milo has been in his forever home for over 5 blissful years, but his human will never forget his adoption day. The pup, who’d been found on the streets of California when he was just 8 months old, was being cared for at The Perfect Dog Rescue in Milpitas. Rylander first saw the pooch from a picture they posted online, and knew he was the dog she’d been waiting for.

“He’s more nervous than a lot of other dogs, so they actually brought him to our house,” Rylander said in the story. “He was really shy, and they had to help him up to the stairs to our apartment.” 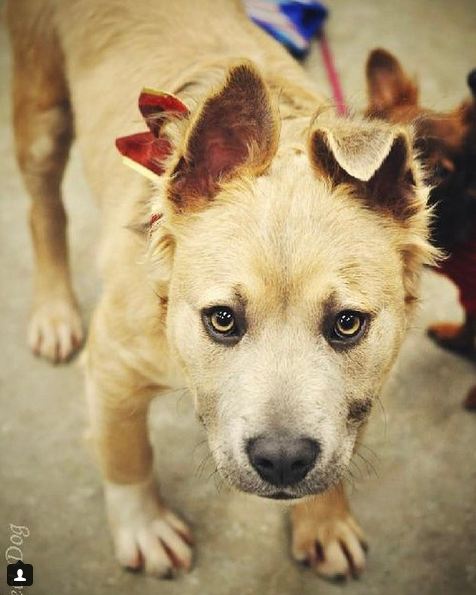 But despite his nervousness, Rylander fell head over heals for the adorable pup and his huge smile.

“I just knew he was the one,” Rylander told The Dodo. “Once they left him at our house, there was no way we were going to say that this wasn’t working out.” 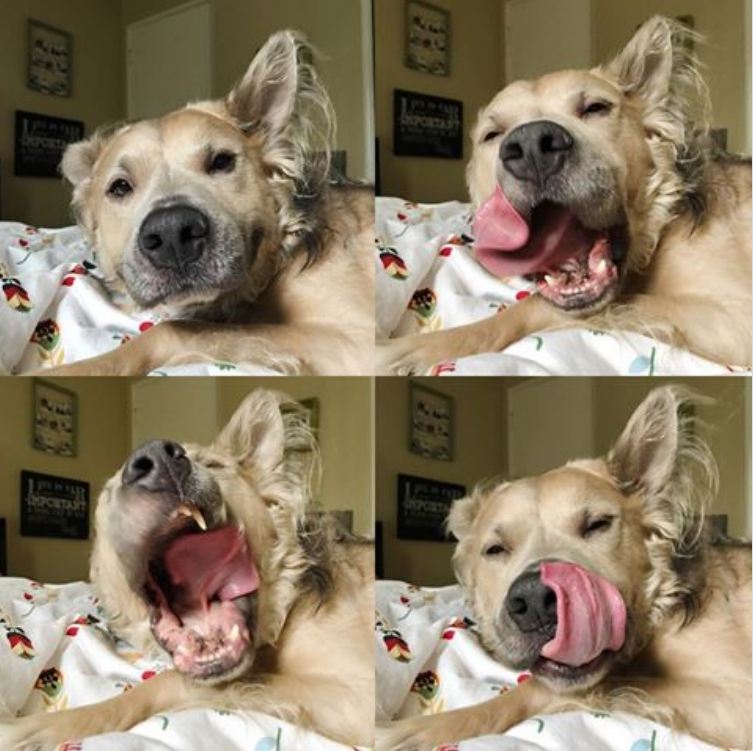 Naturally, Milo’s unique characteristics and impressive smiling abilities always have people wondering about his genetics. Although the rescue had a DNA test done on the pooch, the results weren’t exactly convincing.

“The rescue group had done a DNA test,” Rylander said in the story. “It came back three quarters Staffordshire and a quarter Lab, but none of us were really sure about that — I’ve seen plenty of Staffordshire-pit-Lab mixes, and they all have super short hair.” 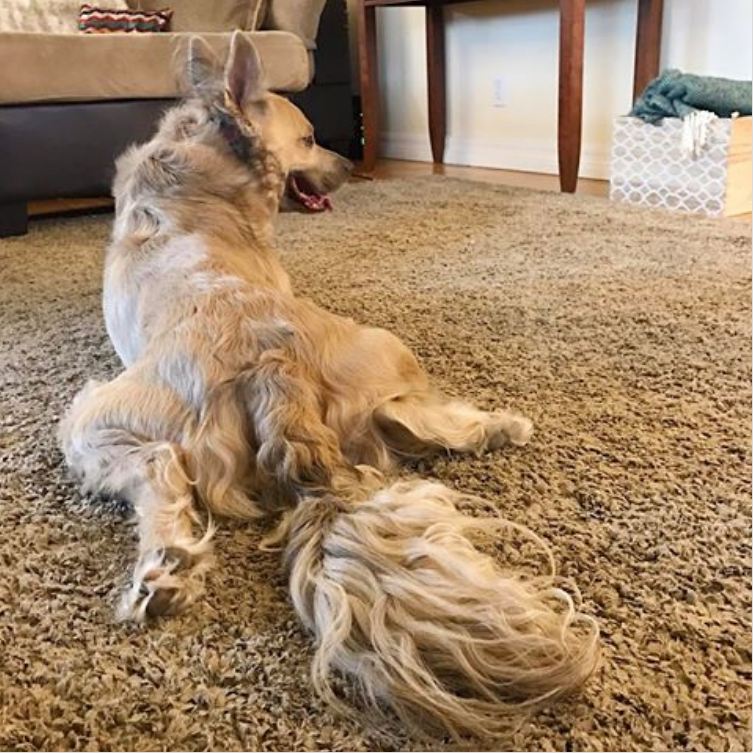 “It’s obvious that he has some American Staffordshire in him, and a lot of people just call him a pit bull, but we have no idea what else he is,” she added. “People always stop us and try to guess what he could possibly be … so I usually just say that he’s part unicorn.” 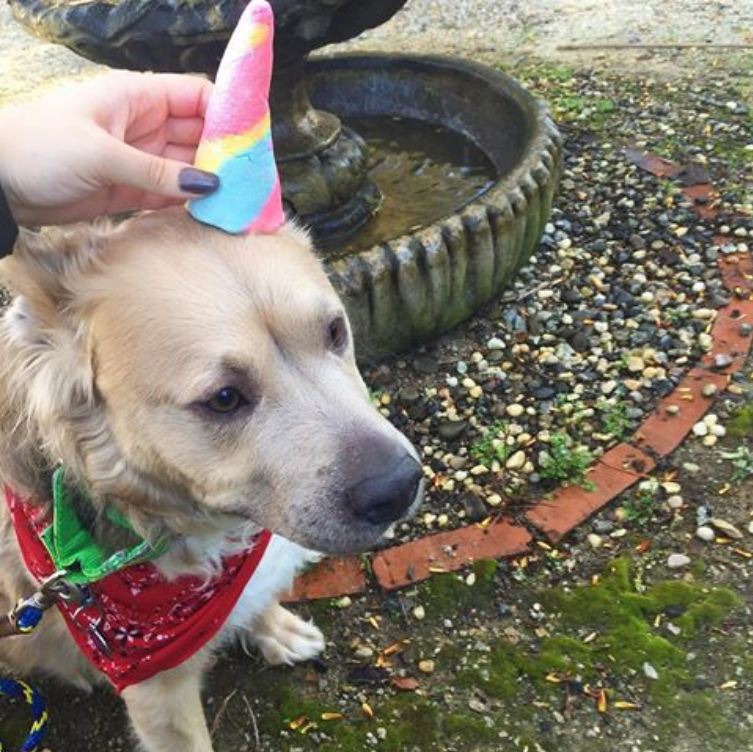 Both Milo and his mom enjoy frequent hikes, where she says they’re most “at peace.” He also loves the company of other dogs, as well as his cat brother, Finnegan. 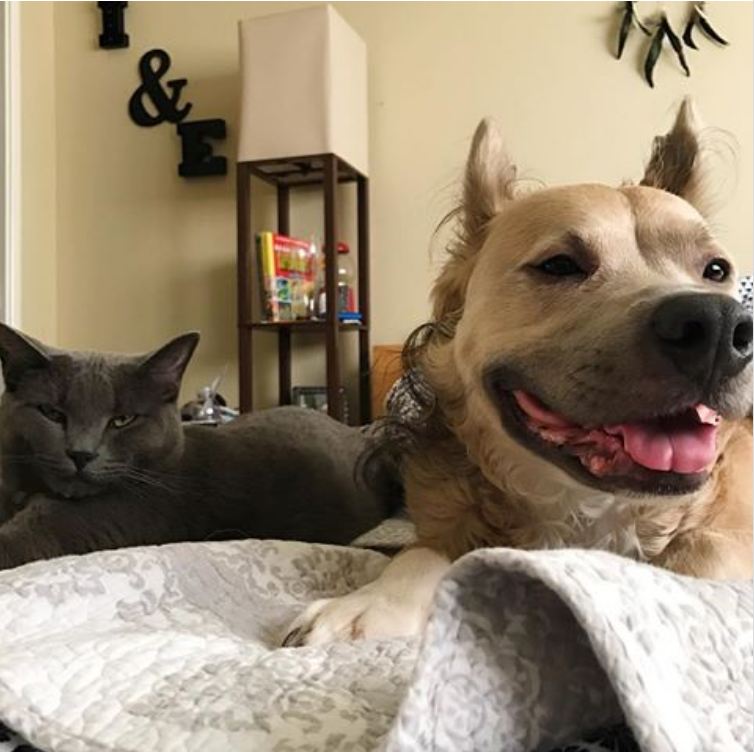 It’s safe to say that this wavy-haired wonder dog will never have to worry about wandering the streets again.

“He’s really loving,” she told The Dodo. “Every time I come home, he comes in for a hug. He just squishes right in, and just wants to be embraced. He really makes everything better.” 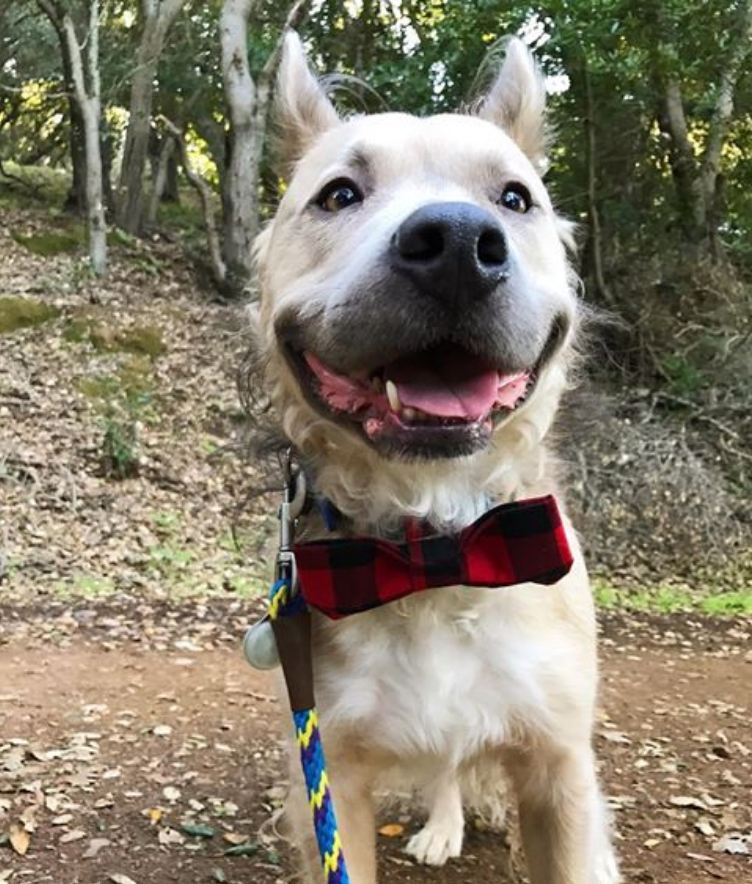 As it turns out, Rylander isn’t the only one smitten with her “unicorn dog.” His Instagram page has a whopping 19.9k followers!