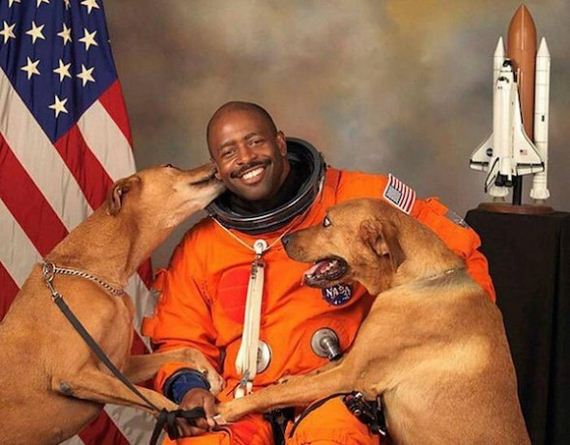 Melvin, now a retired astronaut, who participated on missions to Space Shuttle Atlantis and logged almost 10 million miles and space with 374 orbits around Earth, took his rescue dogs to the photo shoot and had his official photo taken with his pets. 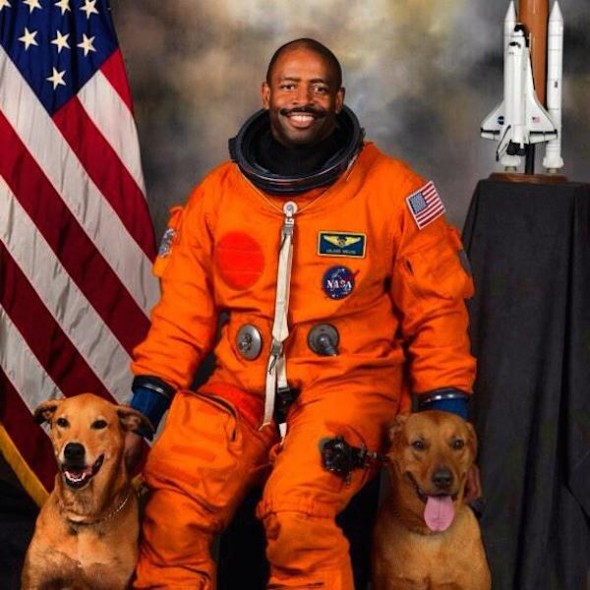 The astronaut rescued the dogs after the pair wandered into his yard and ever since then, the trio has been inseparable.

If these aren’t the most adorable NASA official portraits, we don’t know what could top them.