Gidget used to live on the streets of Thailand, but she’s just hit the doggie lottery. After being rescued and brought to the states, she was adopted by Neil Patrick Harris and husband David Burtka, and she’s bound to be adored for life by their twins. 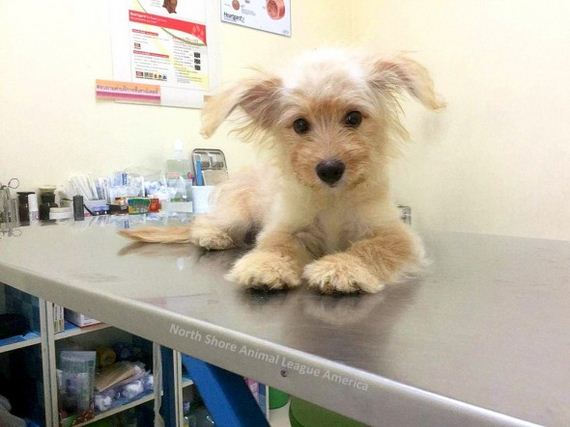 “We started working with Project Street Dog Thailand back in May,” Cindy Szczudlo, senior manager of rescue services at North Shore Animal League America, told The Dodo. “Beautiful little Gidget was one of our recent rescues who we brought in a couple weeks ago.” 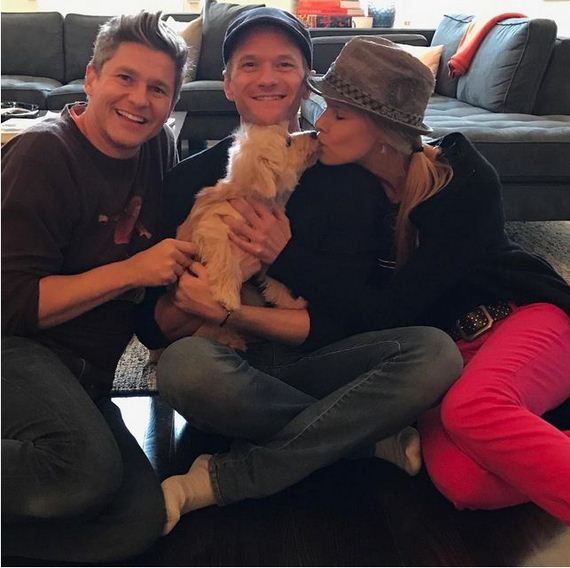 Who knows what kind of life she had, but as a street dog, it likely wasn’t a very pleasant one.  However, she’s absolutely full of joy now, and loves meeting new people and animals. “She’s so affectionate, sweet and friendly,” Szczudlo said. “She loved playing with the cats in my office. She just has an amazing personality.” Beth Stern, who works with North Shore, is friends with NPH and Burtka, so when they mentioned to her that they were looking to adopt, she had just the pup in mind. 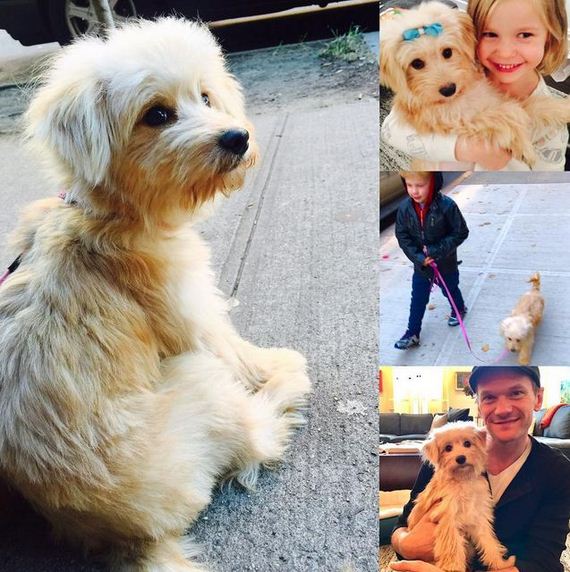 The guys and their six-year-old twins, Harper and Gideon, look like they’re already madly in love with this lil chica.

Though this has nothing to do with dogs, I came across a photo on Burtka’s Instagram page of his family on Halloween, and one of his followers said they had been looking forward to seeing this photo all month – the family must really go all out for Halloween.  So I did a couple of searches and found the rest of their costumes, and man are they adorable!  Hopefully next year Gidget will be included.  I can’t wait to see what they do! 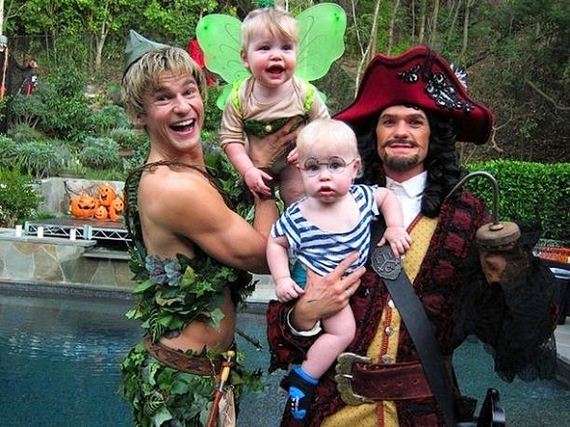 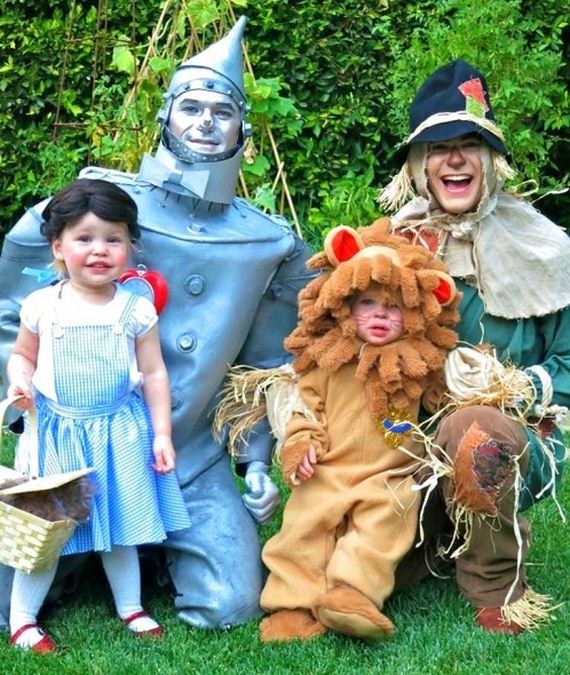 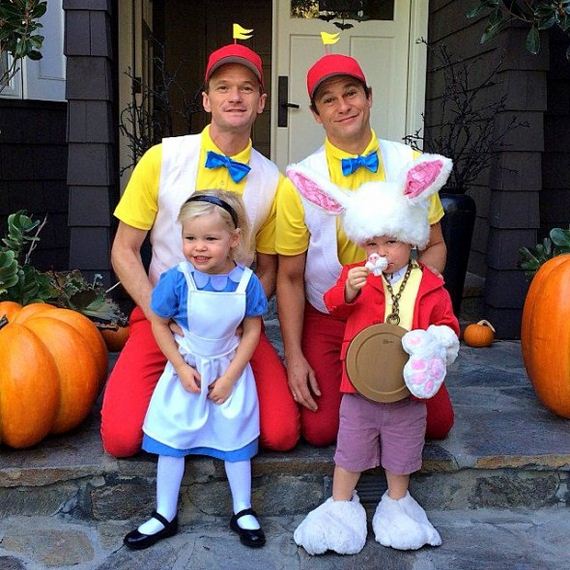 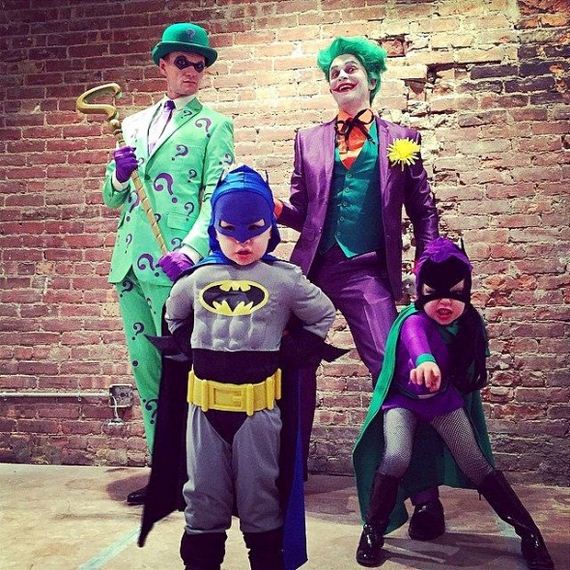 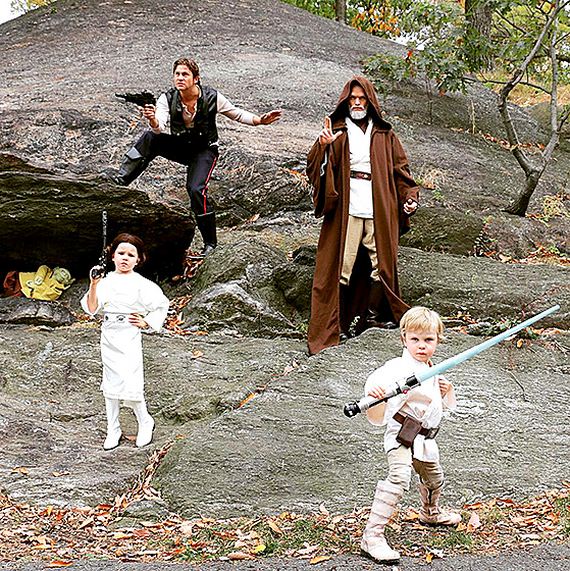 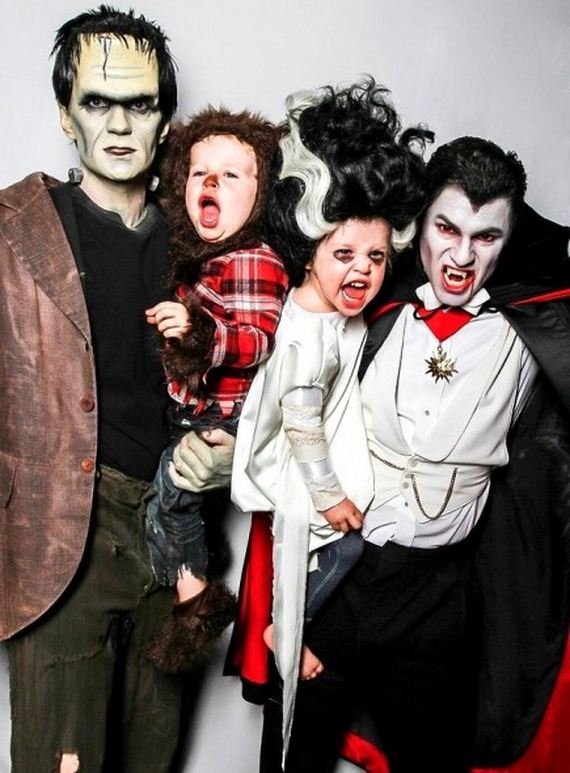 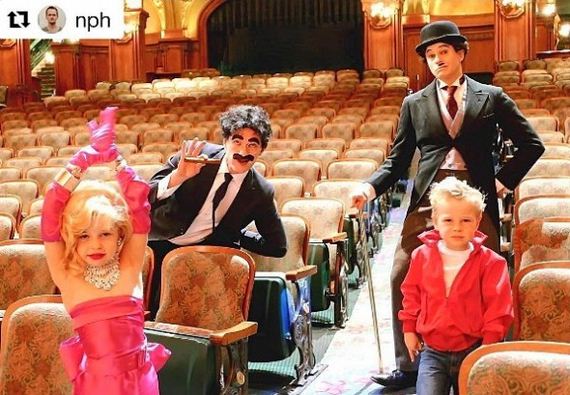