Coming home to see that you’ve been burglarized would be dreadful, but finding that your dogs have been murdered as well would be truly devastating.  That’s why NYS lawmakers are trying to see a law passed that would add additional time on the felony burglary sentence in honor of two dogs who lost their lives in this manner.

This tragedy happened last year to the Krohn family, whose dogs Kirby and Quigley were brutally slain by a home invader.  At a fundraiser held in honor of them, with proceeds being donated to Montgomery County SPCA and the Animal Protective Foundation of Scotia, Assemblyman Jim Tedisco attended to make his support known in the form of a bill that would be called the Kirby and Quigley Law.

“A crime was committed in that I was robbed but the real heinous crime was the murder of my loving Goldendoodle dogs, Kirby and Quigley,” Denise Krohn told the North Country Gazette.  “Everything else is replaceable, but not our dogs. Unfortunately, there is no law in place that would ensure when another felony is committed and a companion pet is killed during that crime that the suspects would face justice for all their felony crimes. The Senate has done its job and passed Kirby and Quigley’s Law with near unanimous bi-partisan support. I urge the Assembly to do the right thing and allow this bill to come forward through committee and to the Floor for a vote.” 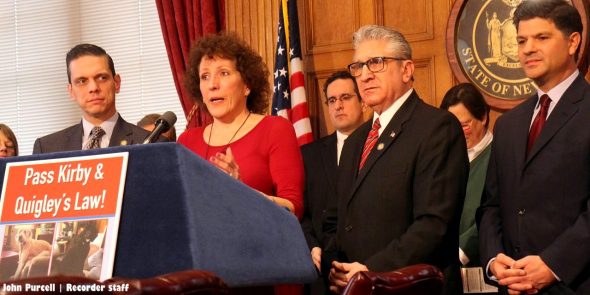 The law would add two years of prison time to the sentence for burglary, as well as a $5,000 fine.  However, the Assembly Majority refused to bring up the bill before the committee.

“There’s no question that anyone who would invade a home and assassinate two loving dogs in cold blood would harm a human being. These individuals need to be found and go to prison for a long time,” said Tedisco.  “The Senate has passed Kirby and Quigley’s Law three times and now it’s time for the Assembly to bring justice to the Krohn family and to the memory of Kirby and Quigley by enabling this legislation, that has bi-partisan support, to come to the Floor of the Assembly for an up or down vote.”

Nearly a year has gone by, but Assembly members have been stalling and the bill has still not been passed.  Please help see that this law is passed by reaching out to these members and kindly demanding that they do so at the next opportunity to vote on it.  I have painstakingly listed email addresses for nearly every Assembly member – all you have to do is copy and paste!  To see the listing of Assembly leaders 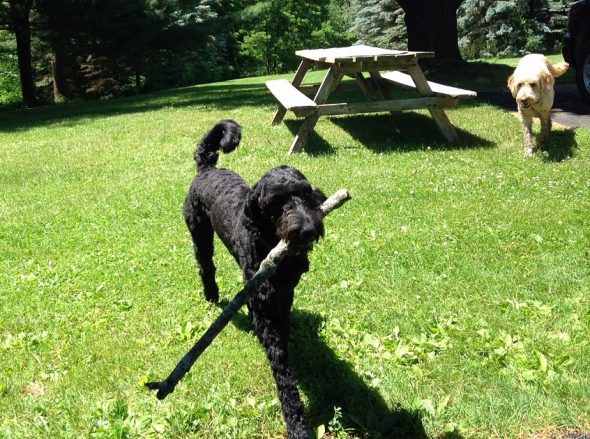 Kirby and Quigley’s killer still remains at large.  A $12,500 reward is being offered for information leading to the arrest and conviction of this person.  If you know who is responsible for the burglary and dog murder in a Florida, NY home, please call the Montgomery County Sheriff’s Office at 518-853-5500.