Brazilian journalist Artur Lira was on location filming a news segment outside of a police station when the cutest interruption halted the process. A cat appeared right at his feet, and Artur couldn’t hold back the laughs! 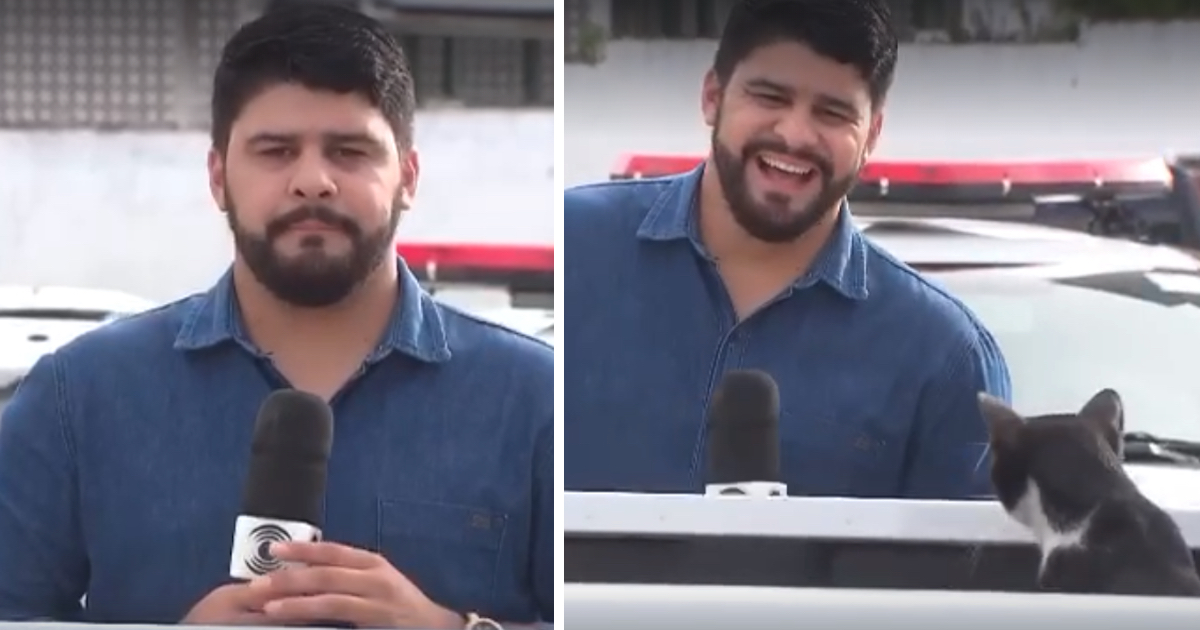 Just when it seemed as if Artur had regained his composure and they could continue on with the news report, the cat made a second sneak appearance by popping out of a truck bed! Again, the reporter burst into laughter, losing it even more than he did the first time around. You have to love his genuine excitement! 😀

“He was so cute, you can’t feel angry,” he commented on Facebook. “I think this cat wanted to be famous.”