Volunteers from Hope For Paws received a call about a litter of eight puppies who were living outside in little caves. They went to the location right away to save them. Their mother was nowhere to be found, so they knew they had to rescue these pups as soon as possible.

Once they spotted the puppies, they used a cheeseburger to try and coax them out from under the cave. They were quick to eat the food because they were most likely starving and hadn’t eaten much in a while. 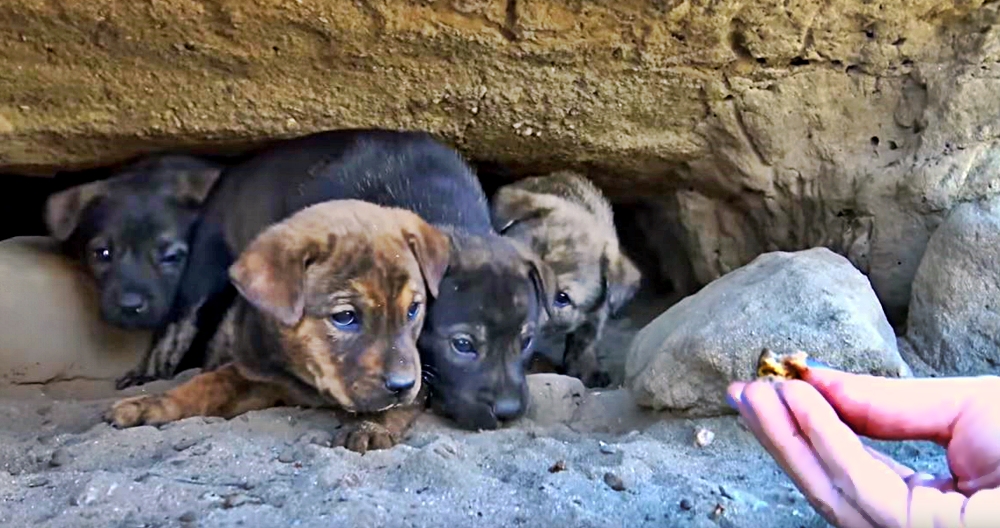 Lisa Arturo, one of the volunteers, reached out and pet them. Then she was able to grab puppy #1 and hold him on her lap. Unfortunately, something spooked the rest of the puppies, and they scattered back deep into the cave.

They had no choice but to go in and get them. The pups had taken a sharp left turn and crawled deeper in, so getting them would be no easy task. The volunteer couldn’t reach in any farther, so he had to use his gentle snare. One by one, he was able to gently pull each puppy out as they let out heart-breaking cries. This was the first time these puppies had even felt human touch, so they were certainly very scared. But as Lisa pet them more and more, they calmed down and were less afraid. 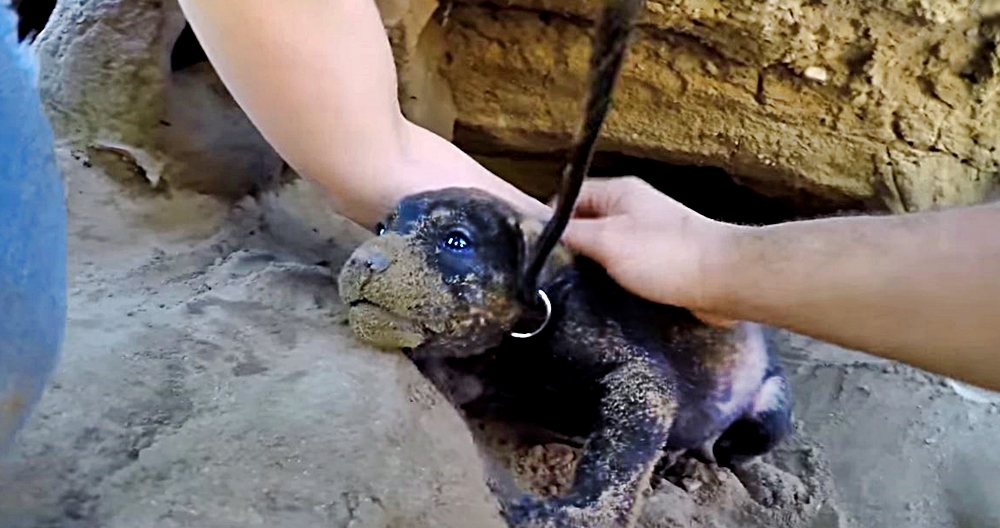 He finally got all eight of the puppies but crawled back into the cave to make sure there were no more. That’s when he heard sounds and saw one more puppy! The ninth puppy was much smaller than the rest and must’ve been the runt of the litter. He got ahold of him and brought him to safety.

All of the puppies are now safe and are up for adoption! Thank goodness for these brave rescuers who worked hard for a long time to save these babies!