Atchoum is making the rounds on the internet – because no one is quite sure what to make of him! Is he a cat or a dog? Quite a fluffy little guy, isn’t he? The confusion over just which kind of pet he all started after someone posted this picture on Twitter. 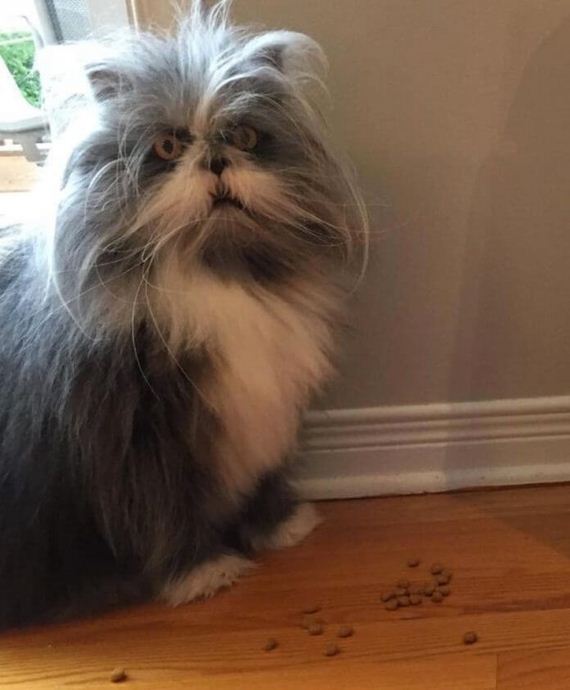 The caption said something like ‘Her: What kind of pet do you have, a cat or a dog? Me: I am not sure!’ You have to admit it isn’t easy to tell. Atchoum could be a scrappy little terrier or a really long-haired cat. 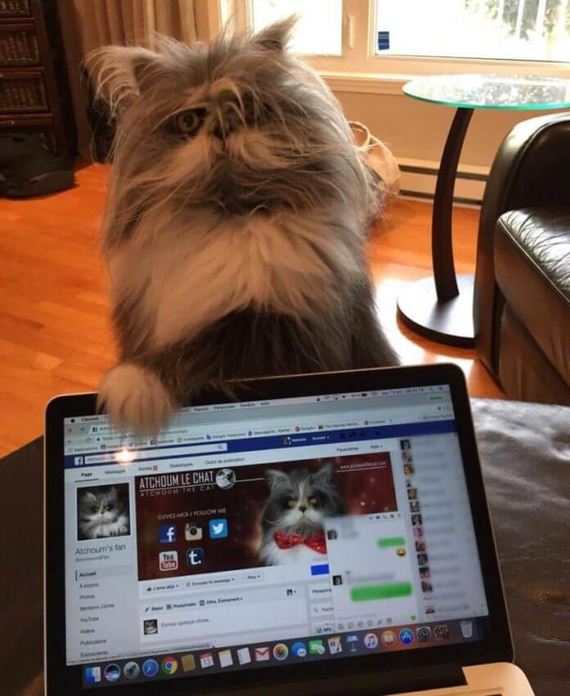 Maybe he is the only one of his kind! Wouldn’t that be exciting? Some people on Twitter thought that very thing, some said he was an owl or a catdog. 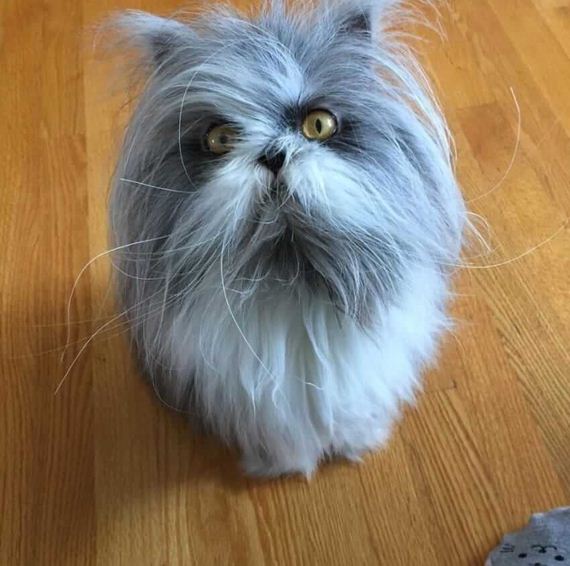 Some said he reminded them of an Ewok, the furry creatures from the Stars Wars movies. The truth is that Atchoum isn’t any of those things, he is just an ordinary pet. Ready? Atchoum is a cat (with a very long coat!).

He is a gray Persian with a genetic mutation that gives him his luscious locks. He is a cat. The mutation he has is called hypertrichosis, and his hair grows very (very) fast. 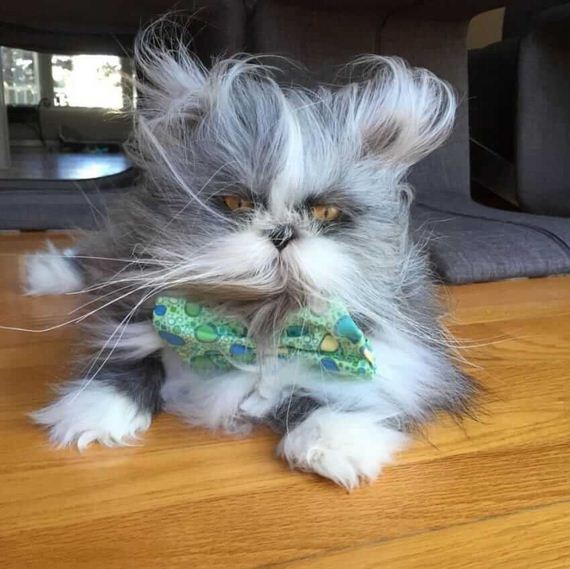 And there is a lot of it too. Atchoum and his family live in Quebec. There is one other kitty in the household named Oreo. Oreo has long hair too, but nothing like Atchoum’s. 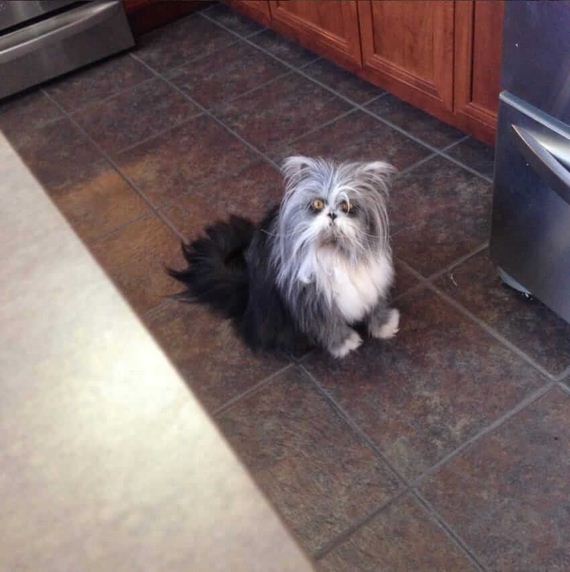 Because his hair grows so quickly, he does need to get regular trims to keep the hair out of his face and daily grooming to help prevent tangles. 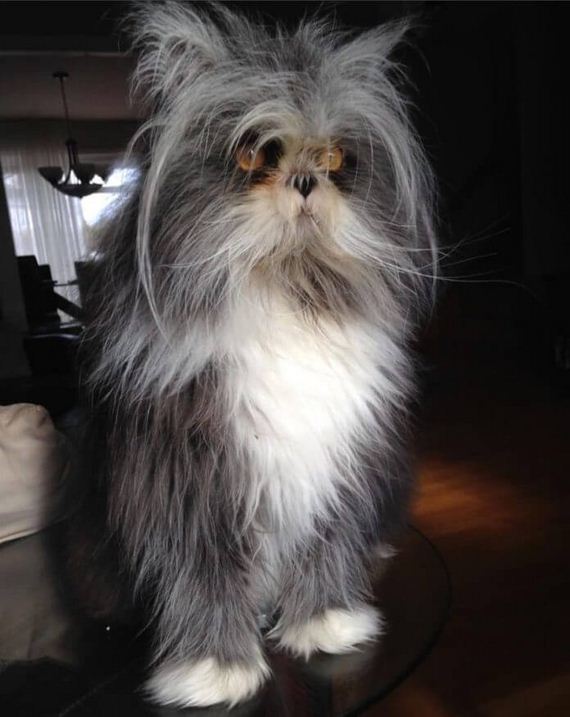