A mail carrier from Boulder, Colorado called Jeff Kramer has a senior dog on his daily route that has some severe mobility problems.  Tashi has an especially difficult time getting into and out of the house, as the stairs are all but impossible for him to navigate.  So, Kramer build and donated a specially designed ramp to make things easier for Tashi.

Tashi and Kramer met a few years ago, and back then things were a little different.

“As fast as he could — which was not very fast — he ran up to me tail wagging, first day I met him,” Kramer said.  “He’s just a really friendly dog. And I am a dog person, and they can tell.”

Kramer used to really enjoy his daily meet-ups with Tashi.  He would make time every day to be sure he could hang out with the dog for a few minutes, and they became the best of friends.  Now, Tashi can’t get down the stairs without his human mom, Karen Dimetrosky carrying him. 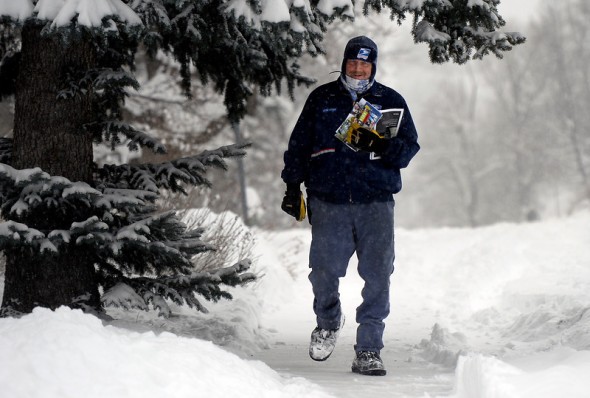 “We were literally carrying him up and down the stairs,” said Dimetrosky.  “And he weighs about 70 pounds.”

Kramer was sad that it was becoming difficult for his buddy to get around.  He decided that he just had to do something about it, so he got to work building a ramp to help Tashi to get up and down easier.  And he didn’t just give his buddy the ramp, he installed it for him, too!

“I just noticed they needed it,” Kramer said.  “I didn’t need it anymore and I hate throwing things away.” 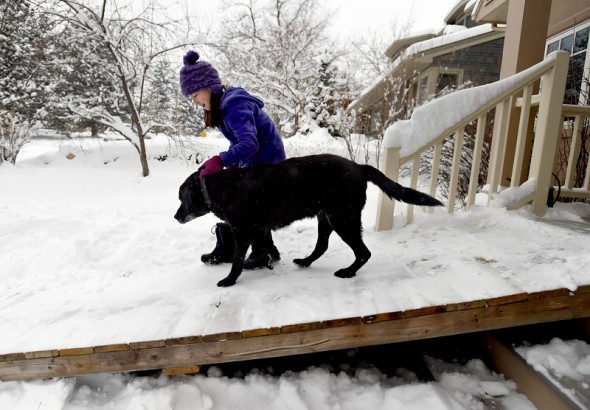 “It’s incredible,” said Dimetrosky.  “I can’t imagine not having the ramp now.  It’s the only way [Tashi] gets in and out.”

Kramer was just happy to be able to help out his buddy.  He actually says that he has sever dog friends on his route that he also loves, but Tashi is special to him.