A lucky Labrador was saved from a frozen Michigan lake after falling through the ice just meters away from a Coast Guard crew having their morning meeting.

The team briefing at Frankfort Coast Guard station was interrupted on Tuesday when one of the crew spotted the dog plunge through the ice into the freezing waters of Betsie Lake in Michigan.

Donning their cold water suits, the Coast Guard rushed to the lake where Tim Putnam, boatswain mate third class, swam 200 feet through loose ice into the channel where Betsie Lake met Lake Michigan to save the animal.

Scroll down for video 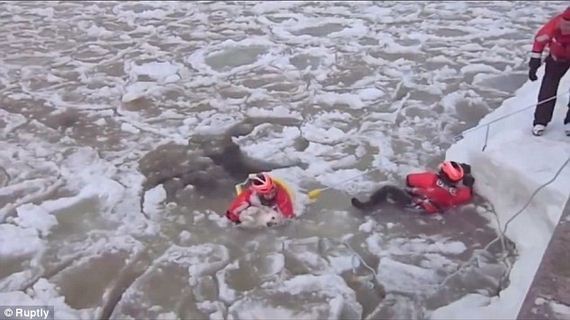 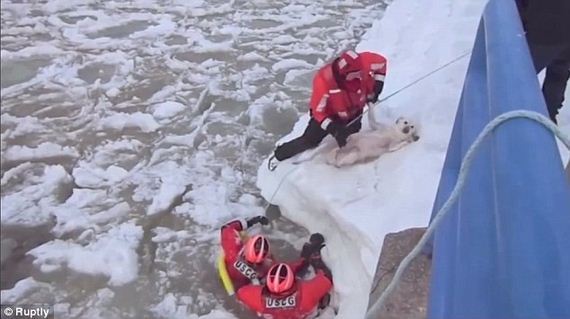 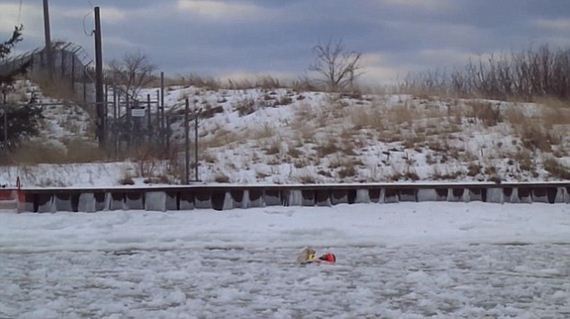 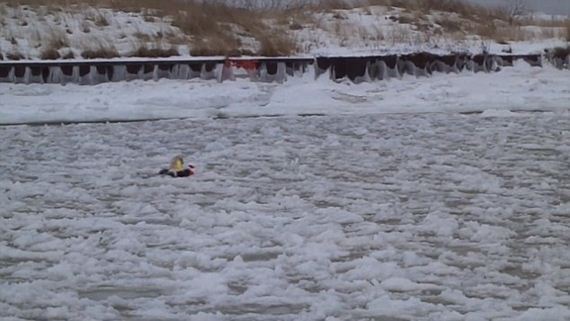 Putnam said pushing the loose ice out of the way had been ‘exhausting’ but as he got closer, the dog began to swim towards him 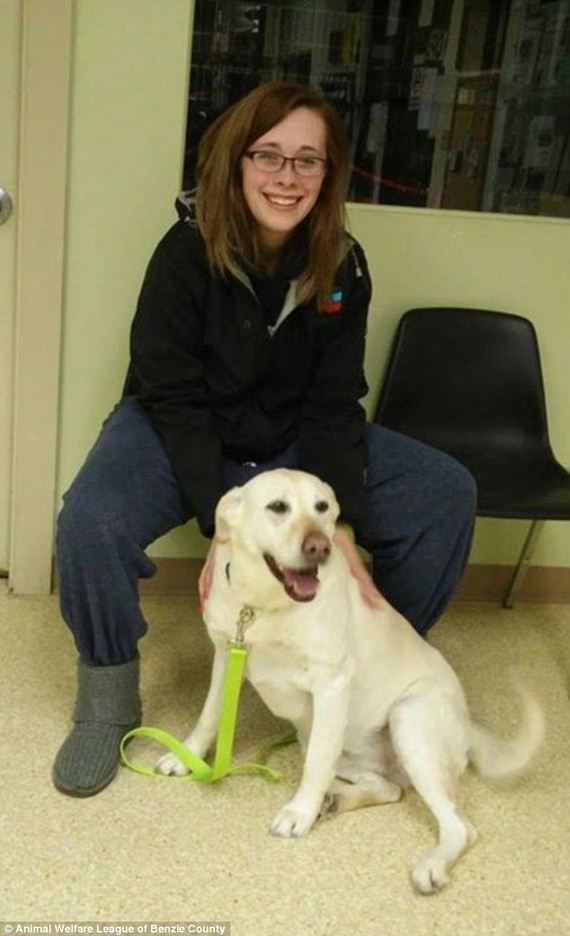 The dog, which had been nicknamed Betsie by her rescuers, was sent to recover at the Animal Welfare League of Benzie County (pictured) which said she’s in good health despite the frozen ordeal 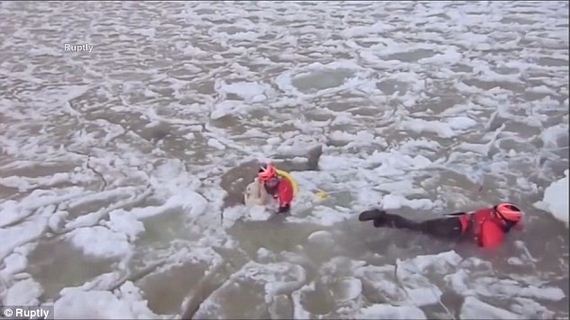 By the time Putnam reached the Labrador, both he and the dog were exhausted but he slowly helped to bring it to shore 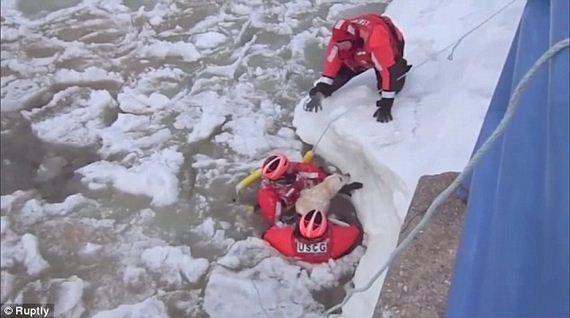 Together the Coast Guard crew managed to haul the dog, which was shivering with cold, out of the water 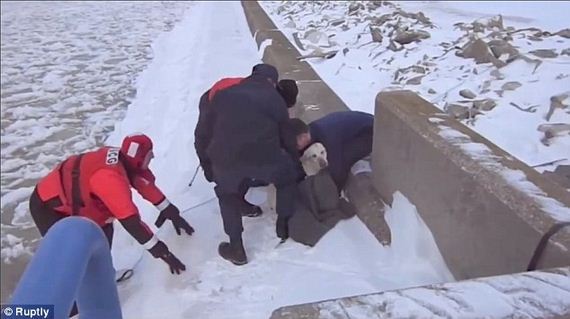 Getting warm: Nicknamed Betsie, the dog gets a towel rub and was quickly transported into the warm to recover after the icy ordeal