Heroes never take a day off.

An off-duty officer, Gene Harley, and his wife, Kelly, were driving down I-95 in Chatham County, Georgia, when they witnessed a dog falling out the back window of a car just in front of them.

“They watched in horror as she flipped in the air twice, hit the interstate pavement, and then ran into the grassy area off the shoulder,” posted Chatham County Police Department. 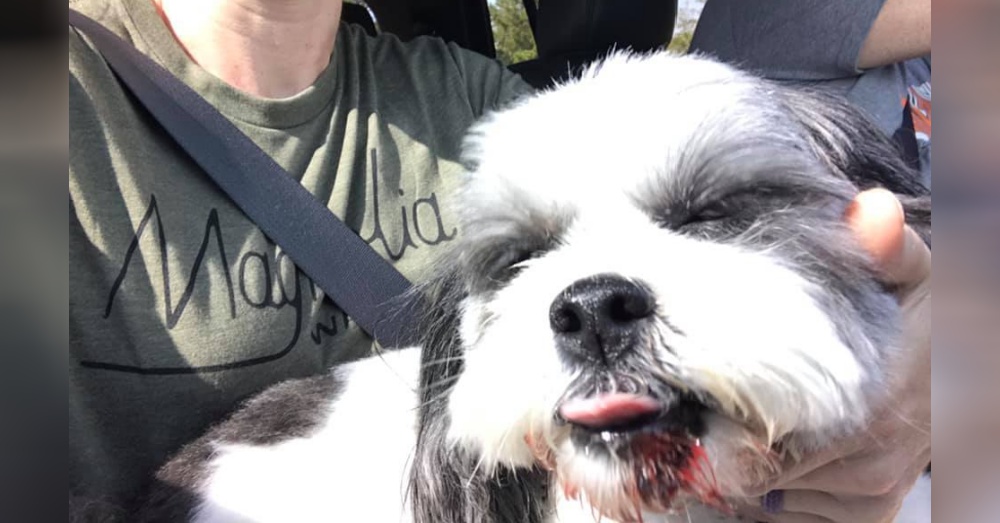 They immediately pulled over and rushed to help the dog they presumed was injured. “I jumped out and ran to the dog so she wouldn’t run into traffic. I saw she was bleeding from the mouth and back legs,” wrote Kelly. The couple carefully wrapped the dog named Tasha in a towel and brought her to Berwick Animal Hospital to be examined.

A woman in the parking lot of the vet’s office commended the couple and was in awe of their compassion. She wrote, “They pulled in next to me. I thought the dog belonged to the officer and his wife because concern and care for the dog was written all over their faces. Heroes do exist! Thank you for saving a life.”

Meanwhile, the officer called Chatham County’s emergency dispatch to inform them he found a dog, in hopes that the owners would call 911. That is exactly what the owners did once they realized their beloved dog was missing.

Apparently, they didn’t know the back window was unlocked or down so they didn’t realize Tasha was missing for a few miles.

The owners told police that they always have the child locks on the windows, but somehow they were off that day. “It was a complete accident, and definitely not intentional,” replied Kelly.

The worried owners rushed to the vet office to be reunited with their beloved Tasha. They called the couple to thank them and tell them that the little dog was going to be fine. “The wife was crying and couldn’t stop thanking us. They said they don’t know how they could ever repay us. I told them the best reward was knowing that Tasha was going to be OK,” posted Kelly. 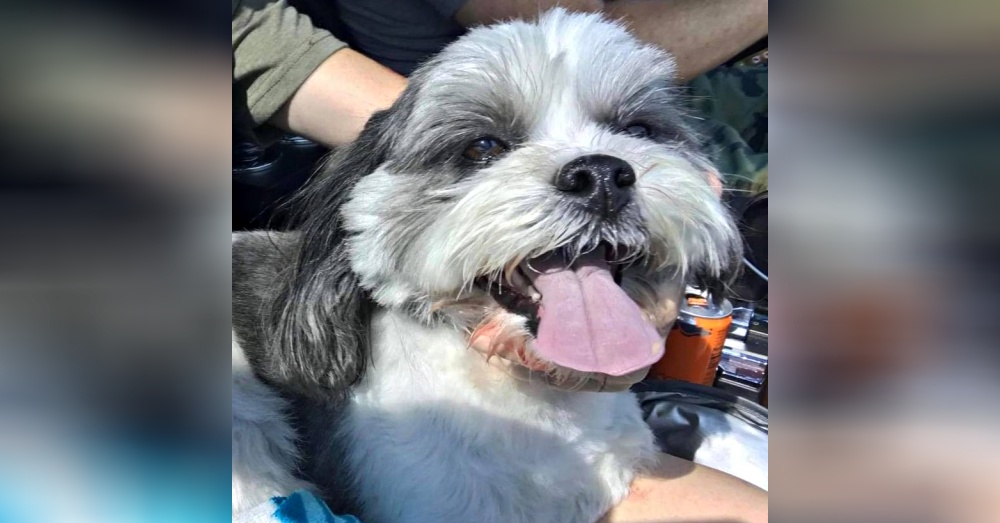 “Tasha is now continuing her travels,” wrote the department before thanking everyone involved in the rescue.

People were grateful the dog was not seriously injured and many encouraged the owners to use some sort of car harness to protect the dog from leaping out the window again. “Thank you so much for saving this sweet baby! I too, hope that the owners will consider buckling up this precious cargo.”