Officer Kareem Garibaldi of Florida’s Lakeland Police Department found a little pit bull/boxer mix while on patrol in the wee hours of Saturday morning. He actually nearly ran her over as she was running loose. He was exhausted from working long shifts, but he spent the next two days by her side until she was adopted.

Because the puppy wasn’t microchipped or wearing a collar, he had no way of finding her owner. So he brought her back to the station, and when his shift ended, he brought her home.

The next day Garibaldi again set out to find her family, but was unsuccessful. After this 12-hour shift, his third in as many days, he brought the puppy to the SPCA Florida for a check-up. The shelter’s safety net manager, Connie Johnson, was just arriving for work when she saw the heartwarming scene. 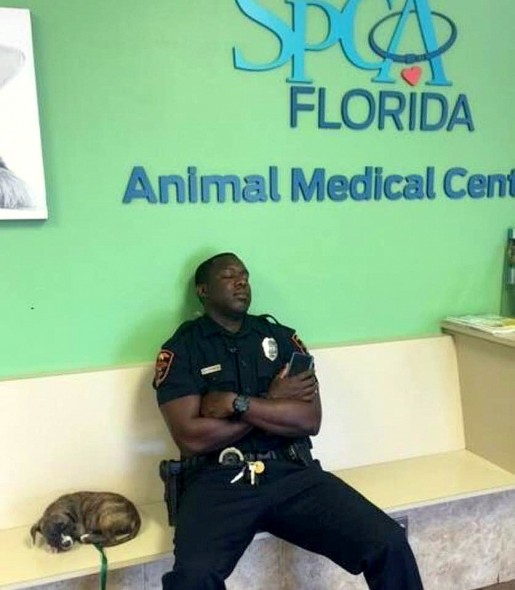 “I walked in, and that’s when I saw him and the puppy,” Johnson told The Dodo. “He was exhausted, the puppy was exhausted, and they were sleeping. It was one of those moments that just grab your heart. He was so determined to get her help.”

He spent three hours waiting while vets examined her. She had some mites, but was otherwise in fairly good health.

“It clearly was a selfless thing to do. He wasn’t thinking about getting home to sleep. He was thinking about what he could do to help this puppy survive,” Johnson said. “He actually woke up at one point just to see if she was ok, then he went back to sleep.”

Once she was released, Garibaldi brought the puppy back to the station. A dispatcher took one look at her and was smitten. Hope, as she was named, was adopted that day.

“It’s the kind-hearted officers like this that makes the Lakeland Police Department truly unique,” another officer posted on Facebook. “Having worked a long weekend, Officer Garibaldi still found the energy at the end of his shift to help man’s best friend.”

Johnson agreed with the sentiment being expressed.

“This gentleman has such a heart. He really, really cared about the outcome of that puppy.” 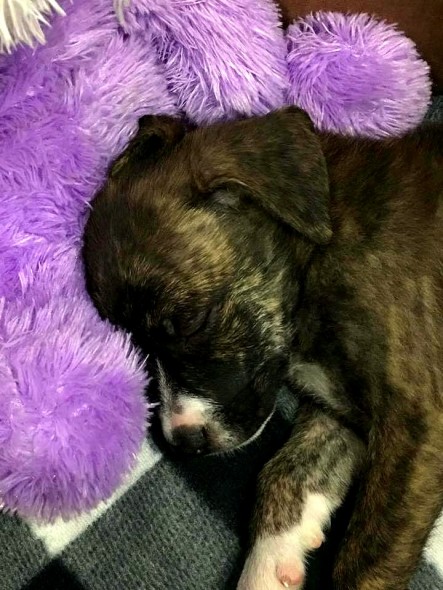