Most dogs love to swim while others struggle with it. One unfortunate event with water could make a dog avoid swimming for life. For Akela the Boxer Mastiff mix, swimming was all fun and games until she got trapped in muddy waters. A person who lived nearby spotted her struggling to swim in a muddy pond and called for help. That person said that Akela avoided getting hit by a car, but ended up getting stuck in the pond in the process. She tried her best to swim to the shore, but had no success. So, the Washington Township Police Department in New Jersey rushed to save her.

When the officers arrived at the scene, they spotted Akela treading water in a muddy pond. She was tangled up in the plants underneath her. So, she was continuously treading water, but didn’t make any progress. Occasionally, her head would even submerge in the muck. “The poor thing must have been treading water for a while and not going anywhere,” said police Lt. John Kaufmann.

The officers had to think fast before Akela could become completely submerged. Officer John Kuligowski borrowed a kayak from someone who lived nearby. Then, he got in and paddled out to Akela. Someone on the shore recorded video footage of the event.

In the videos, Kuligowski positioned the kayak near Akela. He tried to pull her onto the boat, but she was too heavy. So, he decided to lead her to shore instead. 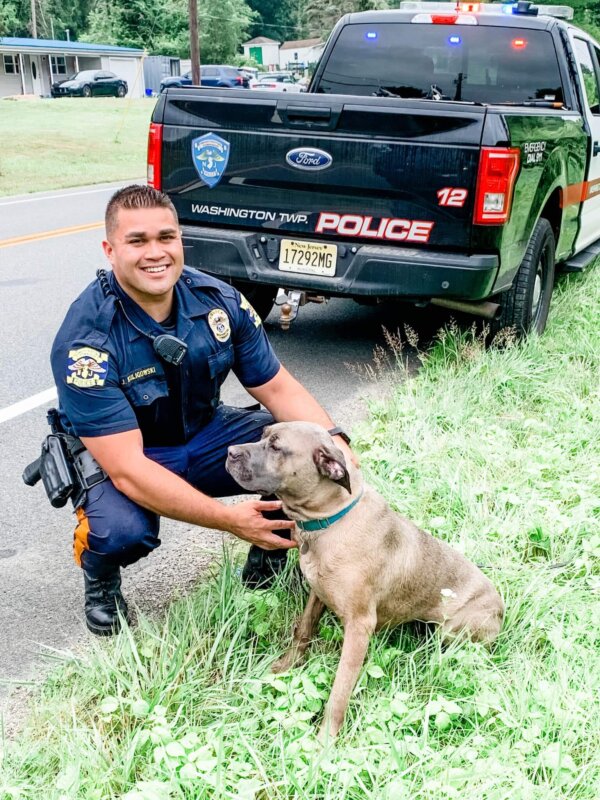 Chief Thomas Cicerelle and Officer Dallas Overko helped with the rescue from the shore. They tied a ball to the end of a long leash and threw it out to Kuligowski. From there, they pulled him to the shore as he guided Akela to safety. Luckily, he was able to free the dog from the muck.

Akela was in good shape when she made it to shore. She was unharmed and she seemed fairly happy. The pup even posed for some photos after being rescued. Now, she just needs to find her way home. 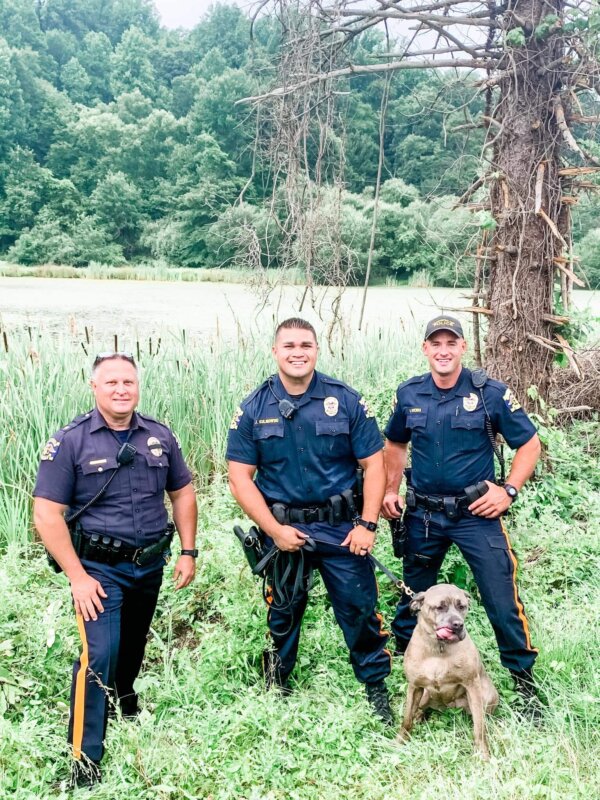 “Akela was in high spirits after her ordeal and even posed for a few quick pictures before being turned over to Animal Control Solutions,” the department shared on Facebook.

In their posts, the police department also announced that they’re still on the lookout for Akela’s family. They encourage anyone that knows where Akela lives to contact Washington Township Police or Animal Control Solutions. Hopefully, the brave pup will be reunited with her family soon!