Alex Johns from Cincinnati, Ohio, is celebrating a milestone birthday in a big way.

He decided he wanted to give back for his 50th birthday and chose the animal shelter, Cincinnati Animal CARE, where he is a regular volunteer.

He came up with the idea to walk 50 shelter dogs in one day as a way of raising awareness for all the homeless dogs. 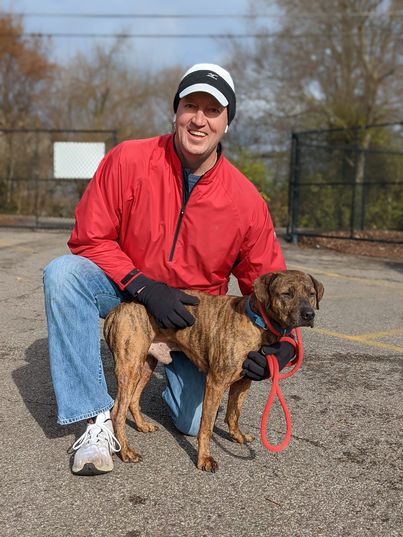 His “Fifty by 50” idea was a two-part goal. It started out as an idea inspired by his grandfather who visited 49 states. Johns wanted to play golf in all 50 states by the time he turned 50, which he did.

However, as his birthday approached, he wanted to do more. That is when he came up with the second part of his “Fifty by 50”, which was to help dogs and his local animal shelter.

He decided to not only to take 50 shelter dogs for a walk in one day, but to also raise money to help feed and care for the shelter pets. 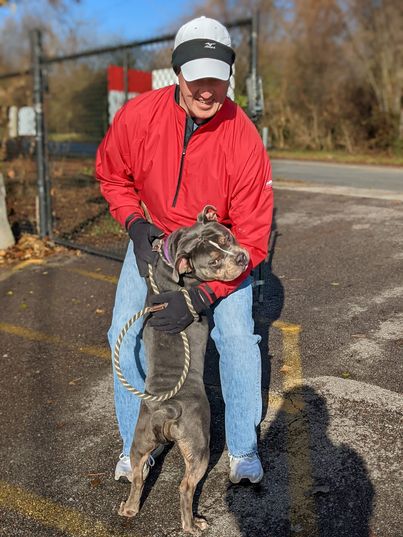 “You probably know by now that I love dogs more than people. This is why I volunteer to walk dogs weekly at Cincinnati Animal CARE Humane Society,” he wrote in the description of his fundraiser on Facebook.

His original goal was to raise $5,000 for the shelter but he surpassed his goal thanks to generous donors and corporations, like Team DLV Realtors, who matched the donations. When the walk began on Monday morning, he had already raised over $11,000 for the shelter. 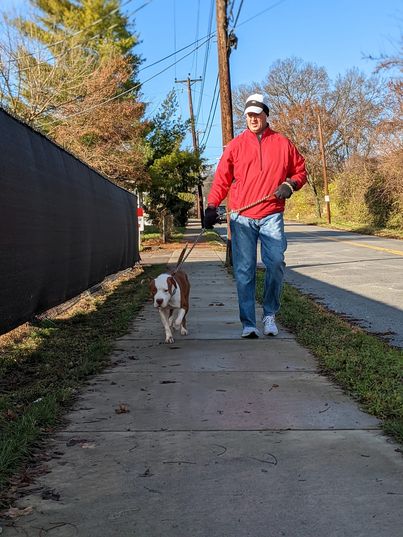 Johns told Local 12 News, “I’m hopeful that people will either donate their time, their money, take a dog home. There are programs where you can foster for a day, kind of a weekend sleepover. Every little thing helps with these dogs so the more they’re around people, the more they’re adoptable and my hope is that we get a lot of these dogs out of the shelter. My dream is to not be able to volunteer there anymore because there’s no dogs.” 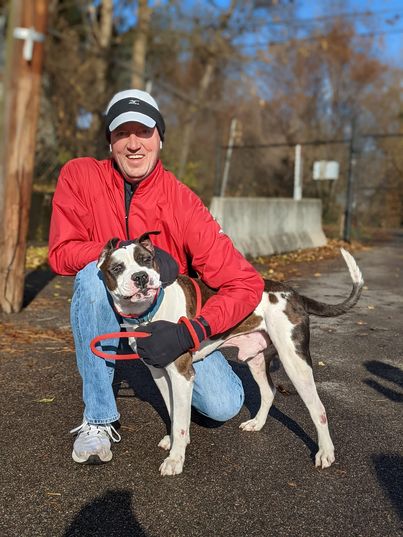 It was a cold day, but the sun was shining, and Johns showed up to complete his goal of walking 50 shelter dogs in one day. The shelter shared photos of some of the dogs on Facebook and it was clear by their wagging tails that they were having a blast. The shelter wrote, “The walk is on!” 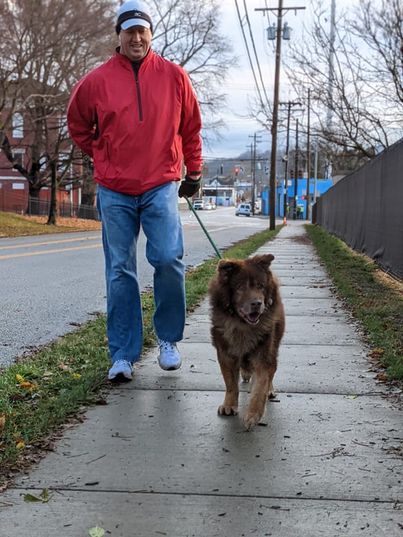 Johns completed his goal of walking 50 dogs but was doggone tired at the end. The shelter said, “At dog #49, Alex was pretty worn out. We told him we saved the biggest dog for last… then we brought out Patrick!” 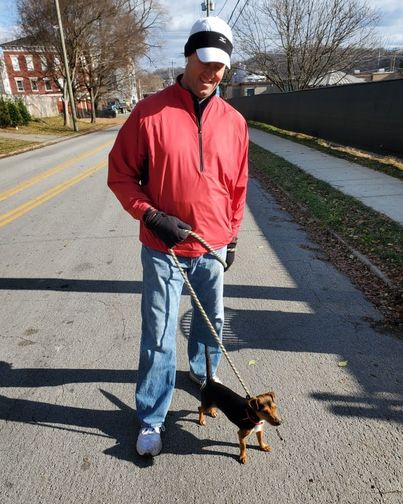 His dog walking marathon raised nearly $12,000 for the shelter and made the day of 50 dogs. What a great way to celebrate turning 50. Happy Birthday!

With over 100 dogs in their care, the shelter is grateful for the help and donations. Cincinnati Animal CARE took over another animal shelter this year that was at capacity at the time. They are hoping to find homes for all the pets in their care by the end of the year.

They hope to empty their shelter this holiday season through adoptions and/or foster homes. 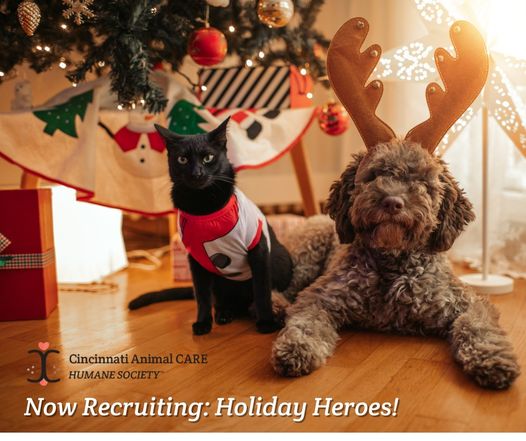 They are looking for people to foster dogs and cats for the holidays. “We’re continuing to recruit our Holiday Heroes so we can have a Silent Night at the Shelter this Christmas! Short-term dog and cat fosters needed and we are always especially looking for homes with no other animals,” posted the shelter.

If you are unable to adopt or foster, consider donating your time by walking dogs or helping at your local shelter.