A dog named Emu lived a very rough life. The street dog was dropped off at the vet to be euthanized, but the vet took it upon himself and made a different call — he would take Emu to Sidewalk Specials‘ Adoption Day instead!

This is where everything was about to change for Emu. He found a foster family to live with and was taken to Vet Point for a checkup and to begin the healing process. 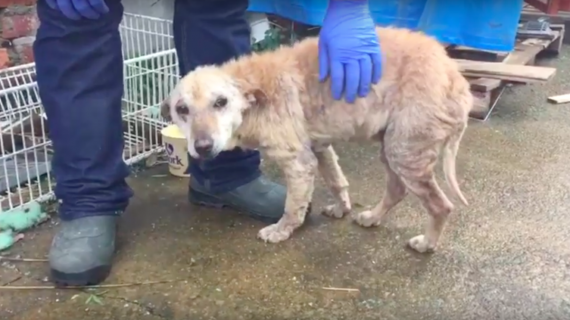 Understandably, the dog was nervous at first. But when he realized everyone was there to help, he began to break out of his shell. Emu was very friendly and sweet despite his rough past. 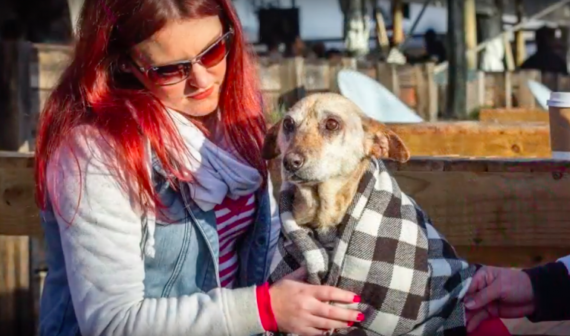 He just wanted a permanent family to love him, but an older dog getting adopted is a longshot. Emu wasn’t in the best of shape, either. But his foster family wouldn’t give up. 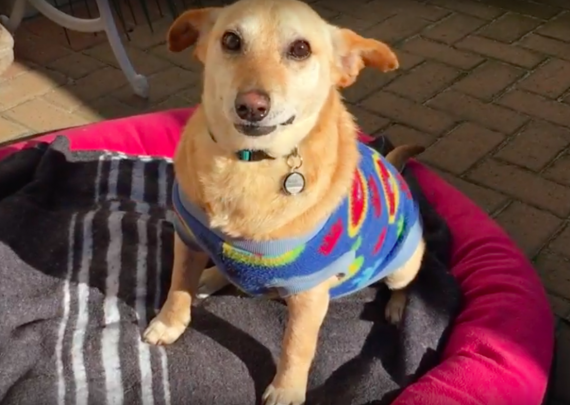 Sidewalk Specials’ Adoption Day event had now arrived, and Emu’s foster wasn’t sure if he’d be adopted. And then it happened! The dog’s adoptive family decided to sit there with him all day and make him feel safe and loved. 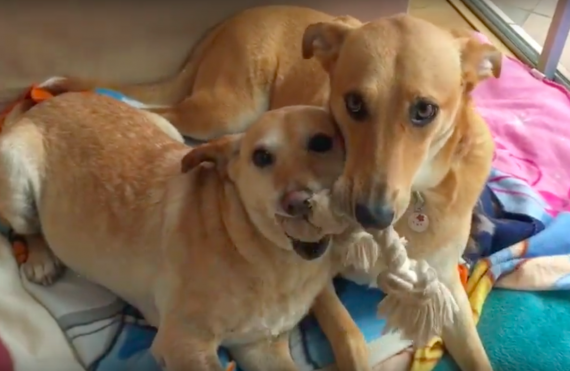 In a new home with a new family, Emu now has a new name: Nutzie! It’s been two months, and Nutzie is all settled in with his new dog sibling, Sahara. The two are completely inseparable, and this life is what he’s always dreamed of. 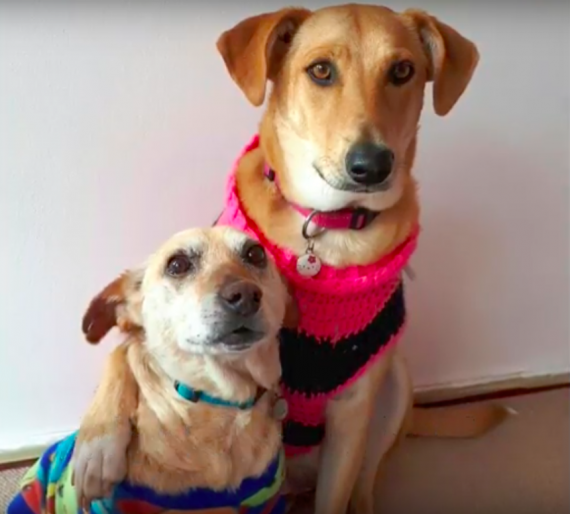 Every dog deserves a second chance, and we’re so happy to see that Nutzie got his! From a dirty street dog to a loved family pet, his transformation is nothing short of amazing. See it in the video below. 🙂