A tiny kitten was abandoned at a grocery store, and CaliCatlady101 took the little guy in and documented his rescue on imgur. Their story is sure to make you smile.

Ollie was only one day old when found outside of a grocery store. 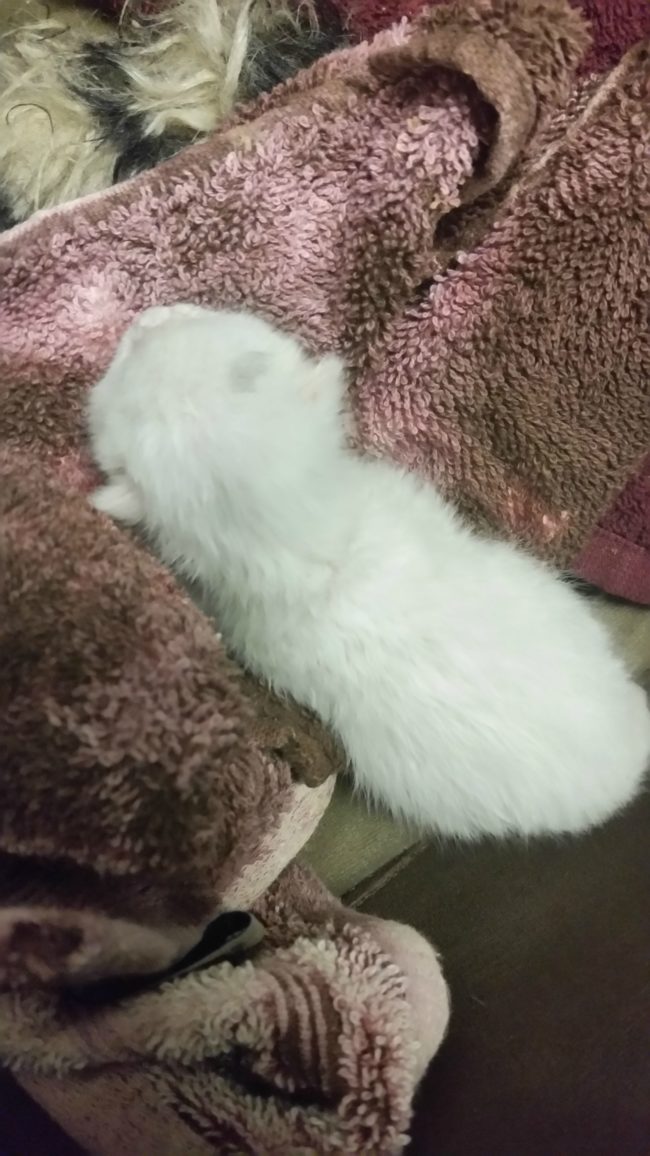 The poor little kitten was looking a little rough… 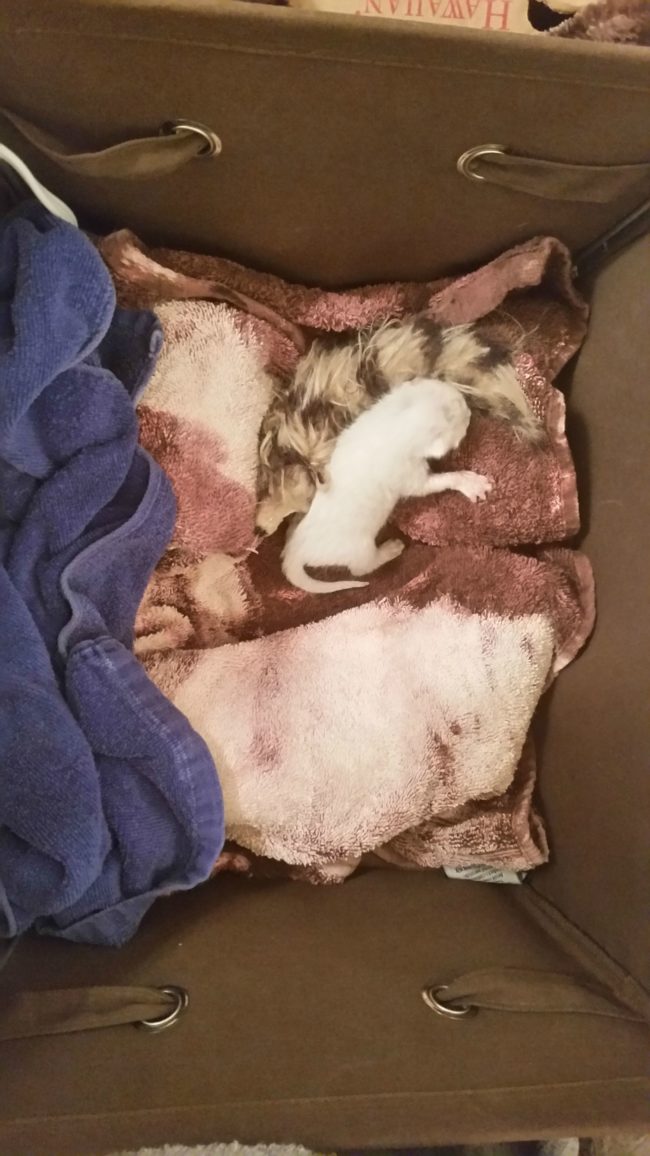 But she loved little Ollie. She found the quickest way to get him to sleep was to put him near her heart. 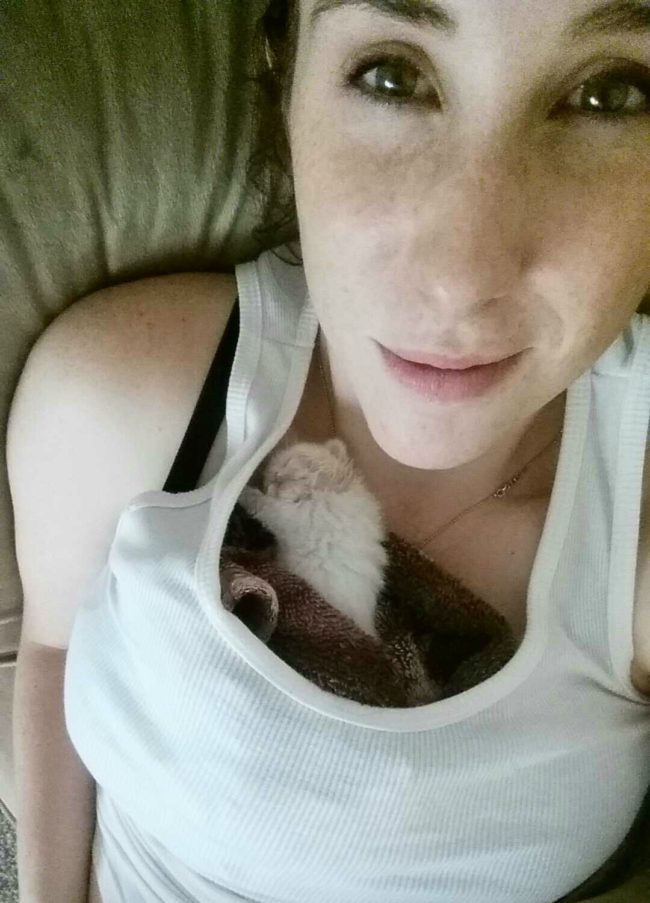 It would also help for him to have a full belly. 🙂 He was rushed to the vet one night for dehydration, but now he’s doing well! 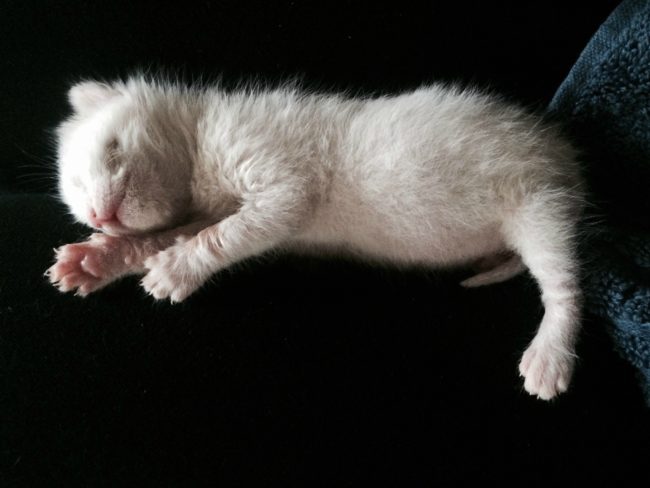 Once he was back to normal, the naps continued. 🙂 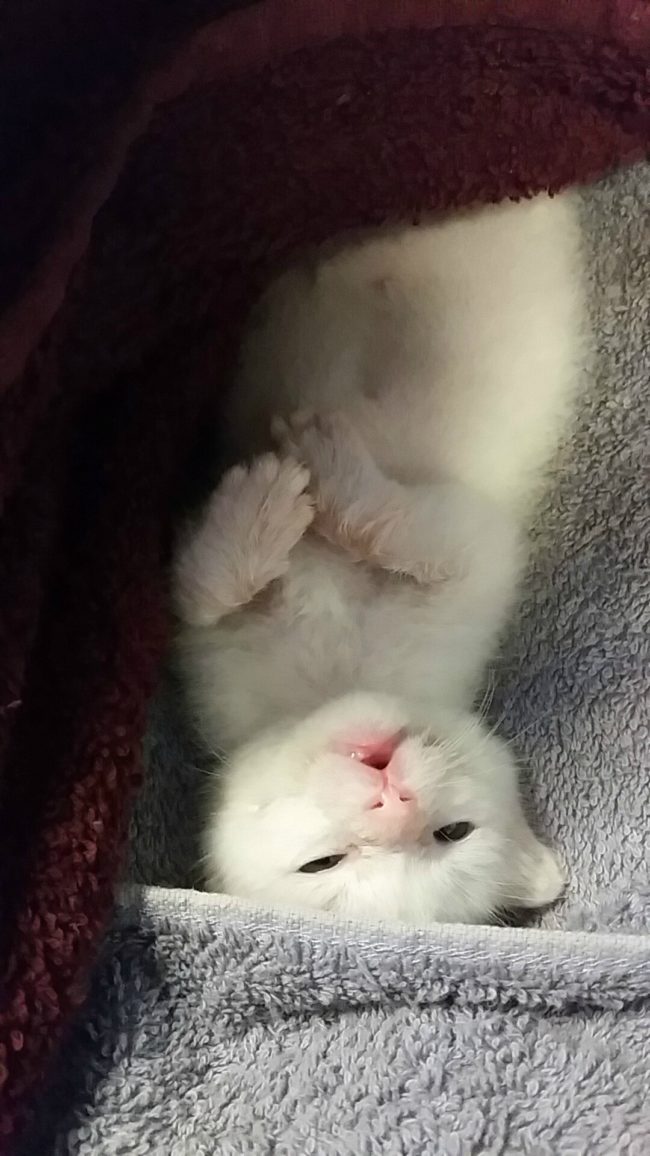 After 12 days, both eyes were open! 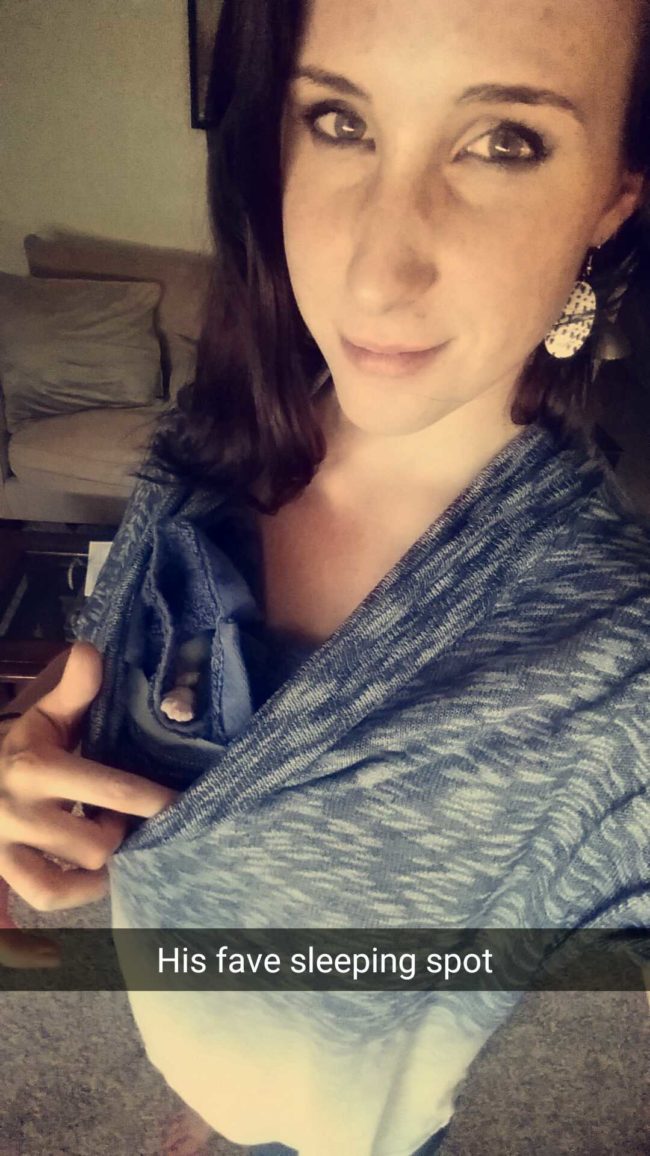 She was always by Ollie’s side just in case he needed anything. 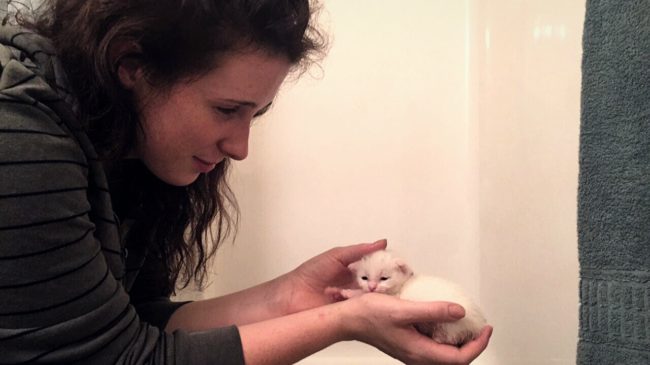 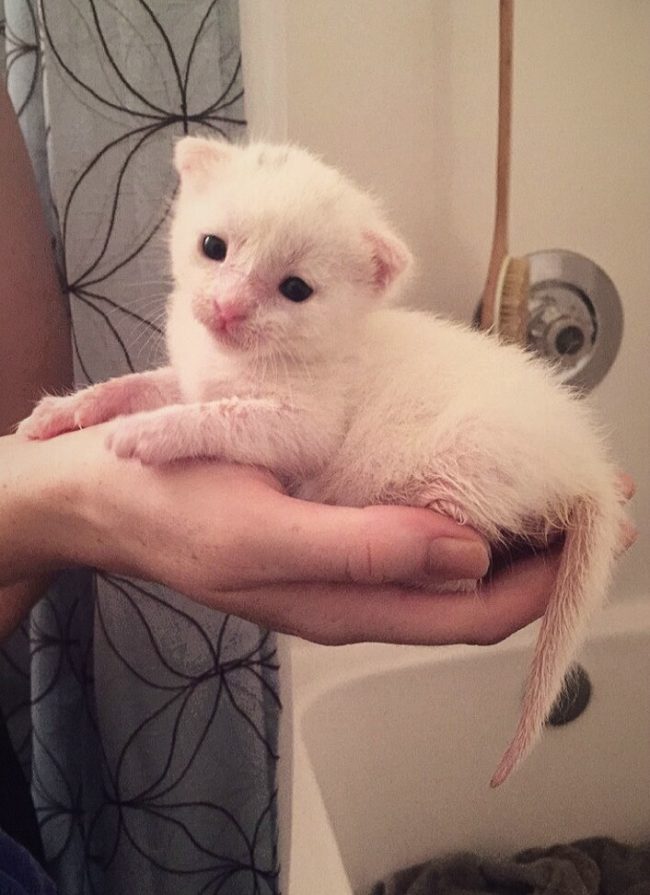 “Ollie is a stage 5 clinger. He would cry, and cry, and cry if he heard people outside of the room he was kept in,” said his rescuer. 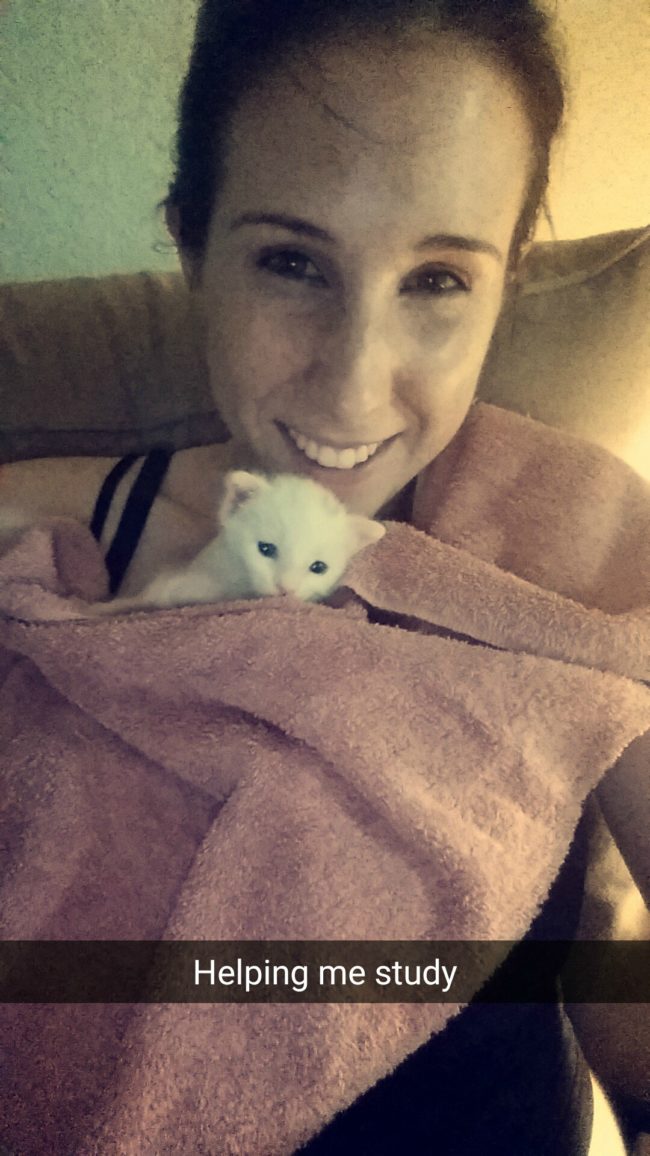 “I made sure it wasn’t due to hunger, since kittens cry horribly when their bellies are empty. Sure enough, he’d reject the bottle and just chill on me instead.” 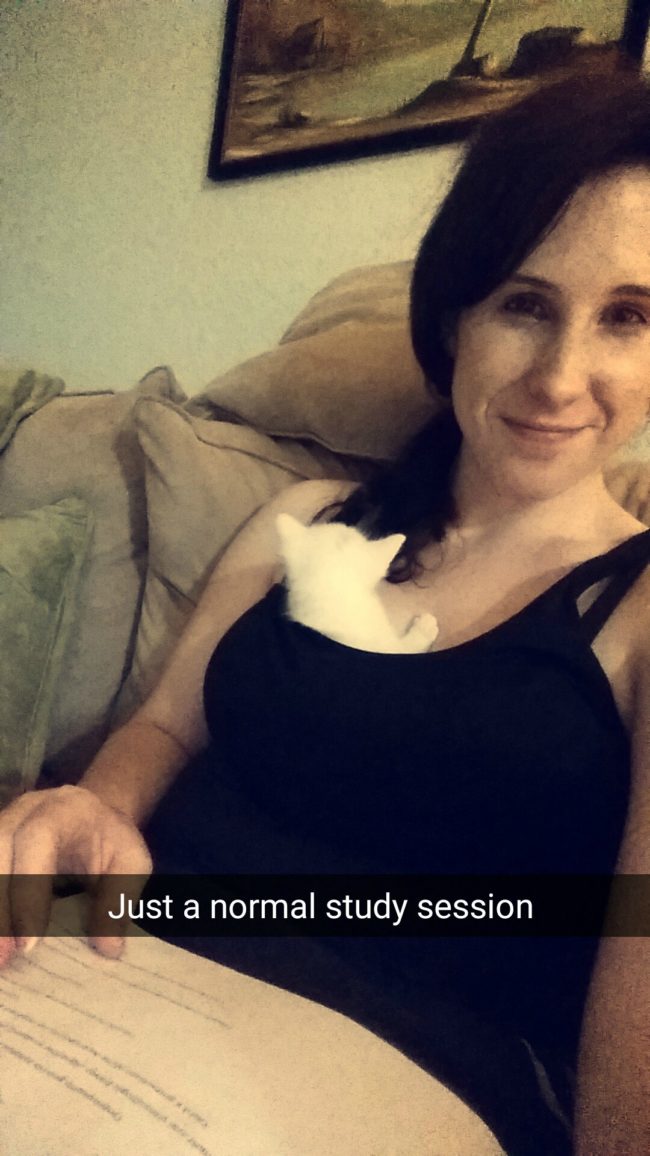 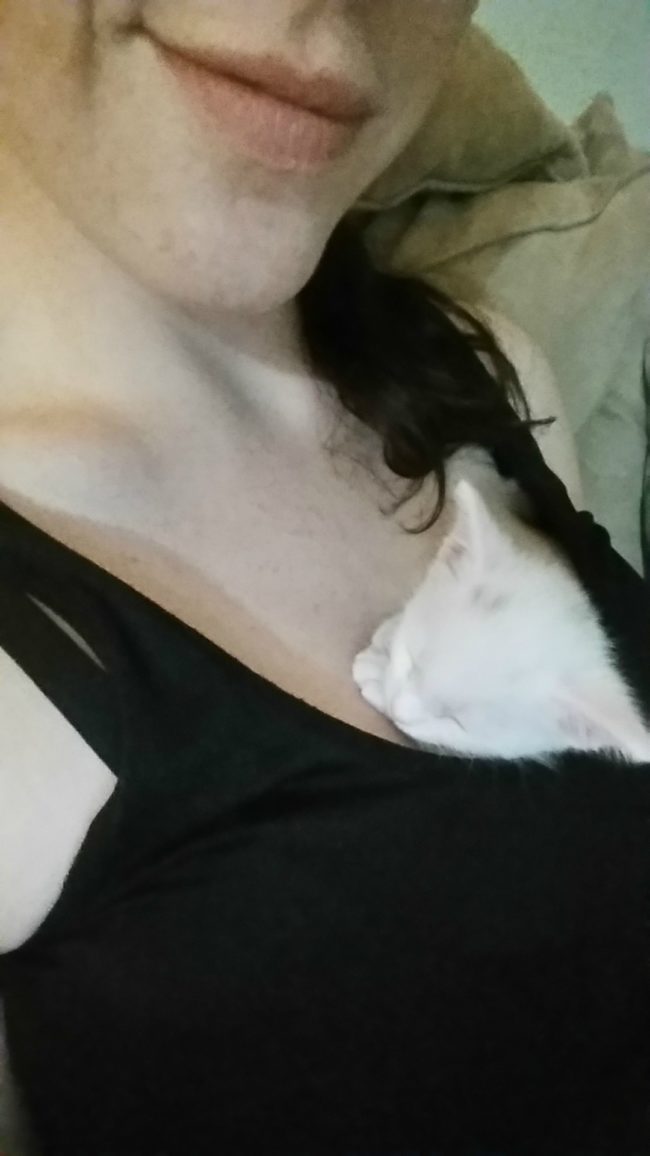 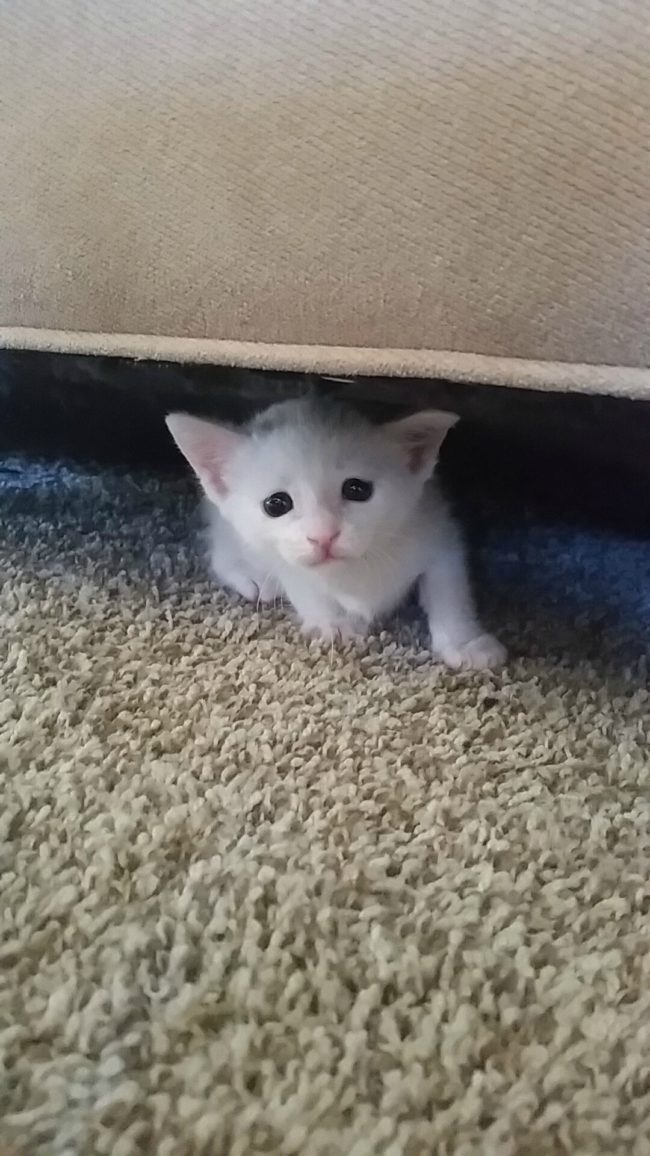 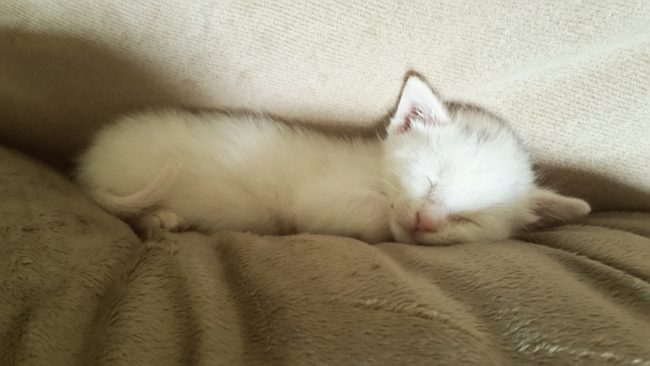 And one month later, looking good! 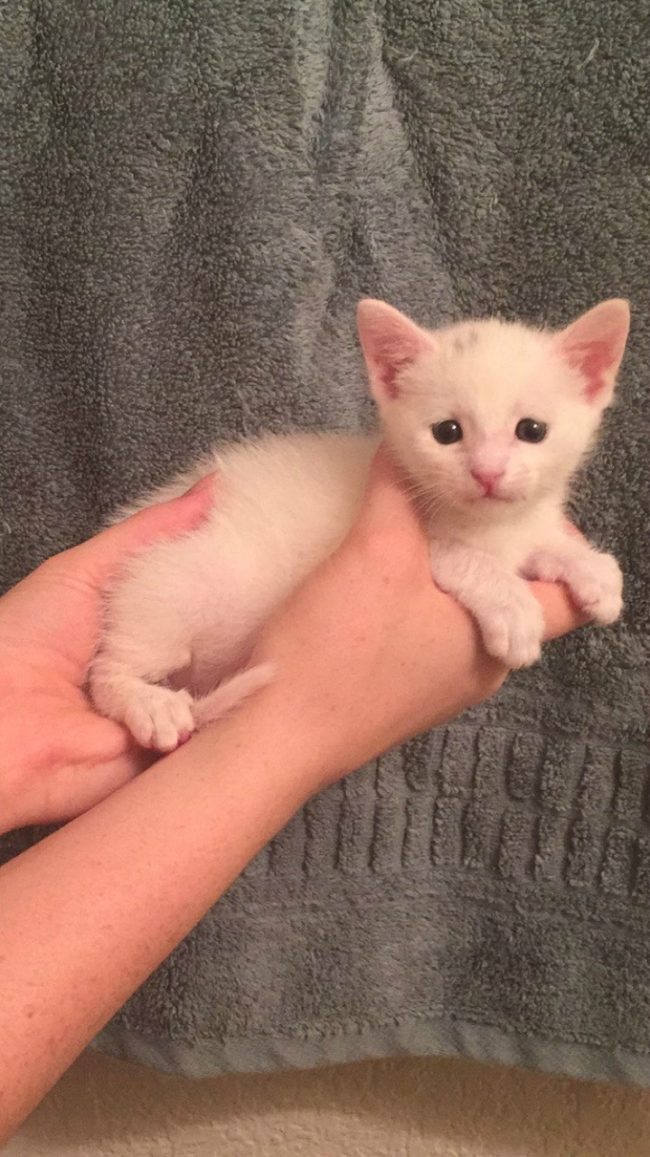 He just kept getting bigger and prettier. 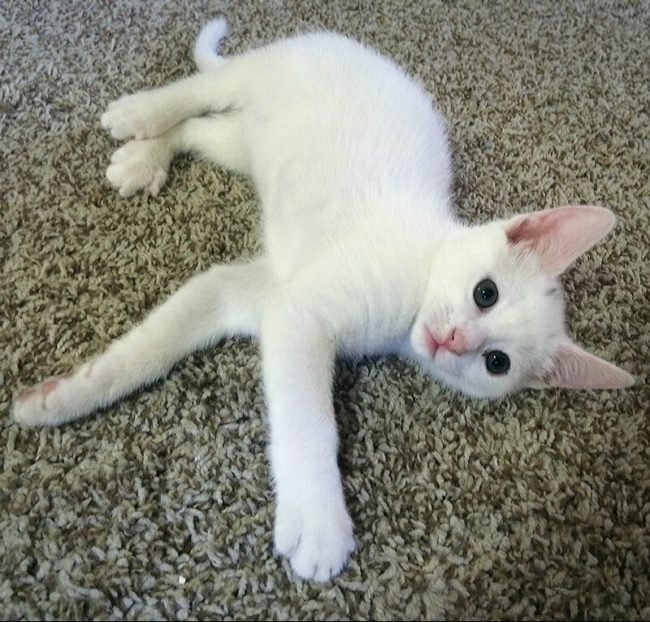 “When Ollie discovered that he was no longer able to be tucked into shirts, he reverted to sitting on shoulders instead. If you sit down in my house, or even walk by a shelf, you may end up with a curious, clingy kitty on your shoulder.” 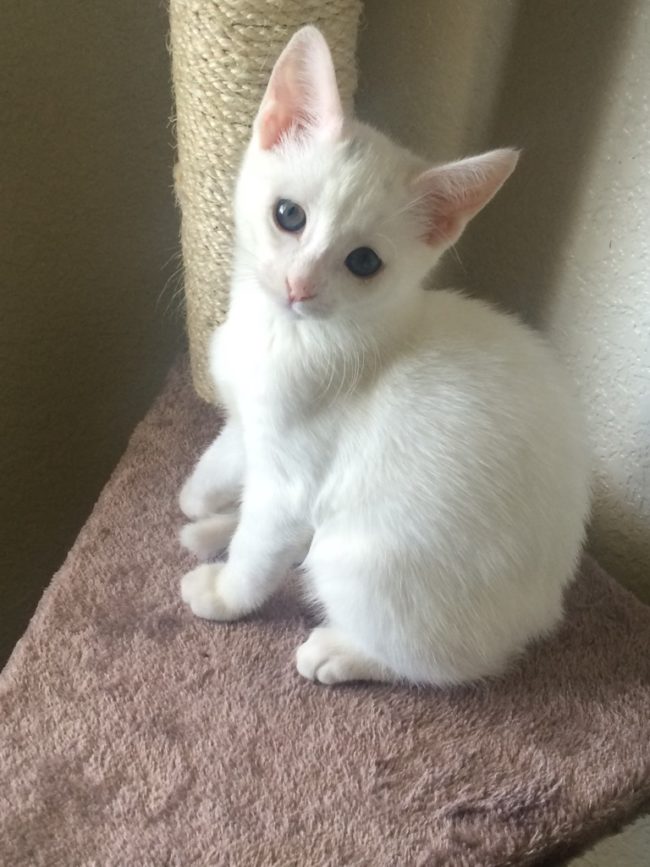 Then one day she brought home another abandoned kitty. 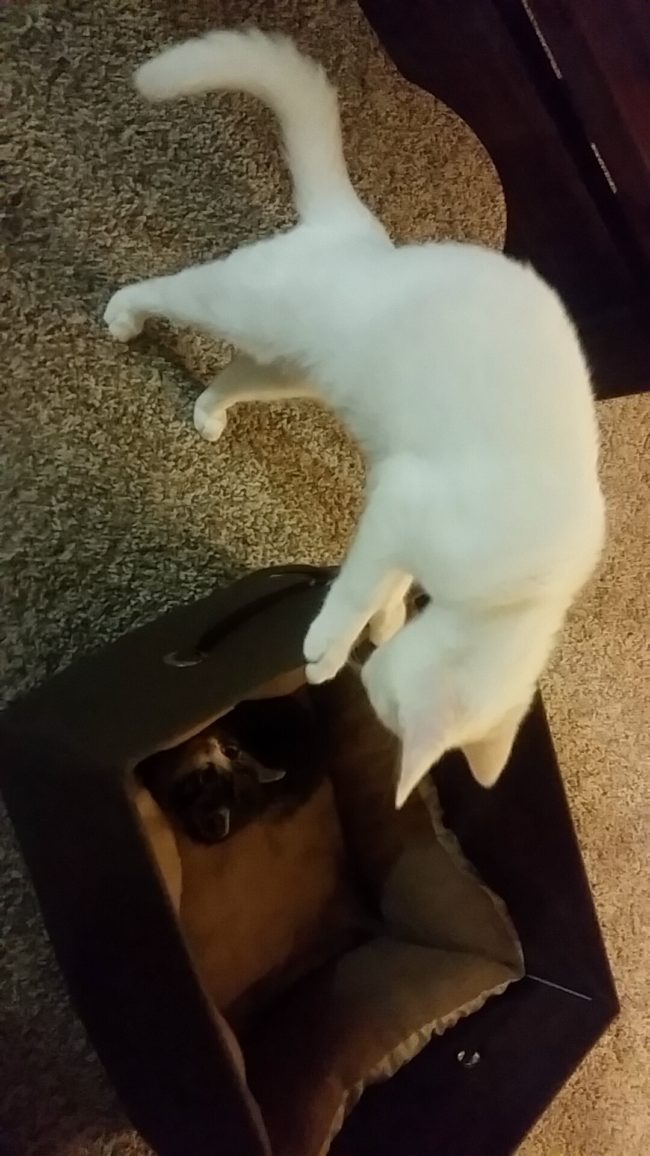 And Ollie accepted his role as big brother! 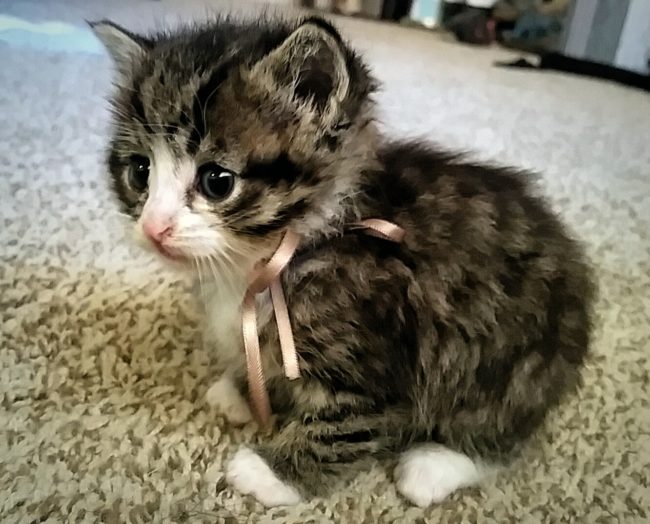 I think they’re going to get along just fine. 😉 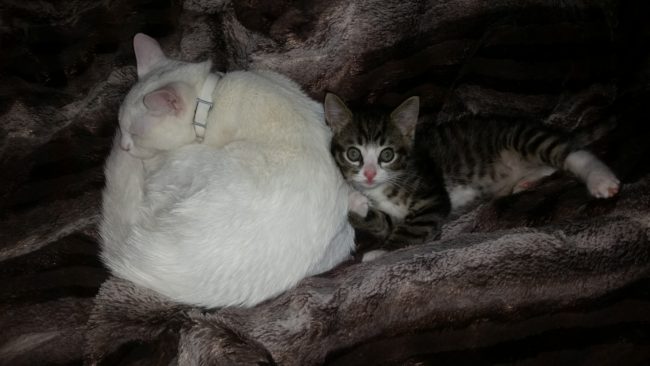 “The original plan was to raise him just until he was of adoption age, then send him to a local no kill shelter. Well, fast forward a few months, and Ollie won a place in my heart, and is a permanent member of the family. Raising kitten from literal day one is a very trying, but rewarding task. He is one of the sweetest kitties I have ever known. Hope you enjoy!”

It’s impossible not to love a story like this. 🙂