The Modesto firefighters who responded to the call described the tiny pooch as reminiscent of the Simpsons’ dog, Santa’s Little Helper, but it was he who needed the help after falling 20 feet into an irrigation pipe this past weekend.

After landing on a concrete surface below, firefighters were concerned it might be badly injured but were encouraged to see the pup wagging its tail. 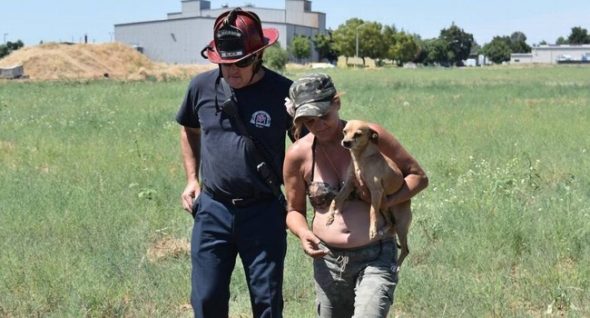 After placing ladders over a razor-wire-topped fence to reach him, another ladder was put down the pipe and, the Modesto Bee reported, Capt. Ron Lee made what’s called a “confined space entry” in full gear to make the rescue. The dog’s yipping came to an end as one of Modesto’s Bravest set him loose on the surface.

After examination by its owner and an on-scene animal control officer, the dog appeared OK and was free to go with its grateful mistress in tow. 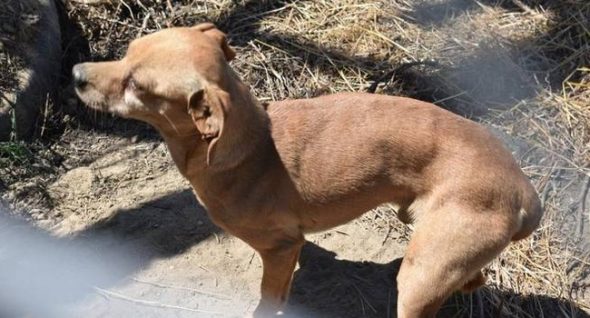 The response to the incident drew at least one engine, a truck, another fire vehicle, a big rescue truck and a battalion chief. Lots of power and might to save the littlest and most vulnerable among us. Good job, Modesto FD!