Mac’s Mission, a rescue in Jackson, Missouri, found a puppy, along with another older dog, wandering alone outside in the cold.

But this isn’t just any ordinary puppy; he has what appears to be a “tail” coming out of his forehead. While the tail does not wag like a normal tail, it is definitely something rescuers have never seen before.

Since it reminds them of a unicorn’s horn, they decided to name him Narwhal, “the little magical furry unicorn.” 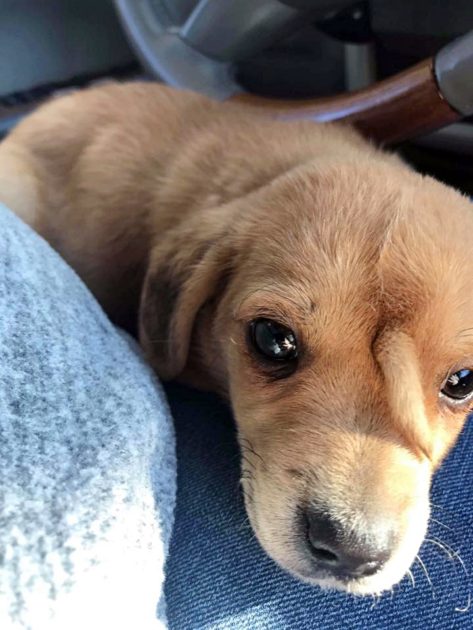 Narwhal has a foot injury of some sort and will require treatment. The rescue is taking him to the vet tomorrow for x-rays, as well as to get his face tail looked at.

According to the rescue, Narwhal is a very happy, friendly puppy and is doing great. Thanks to rescuers, Narwhal won’t have to suffer in the freezing cold. 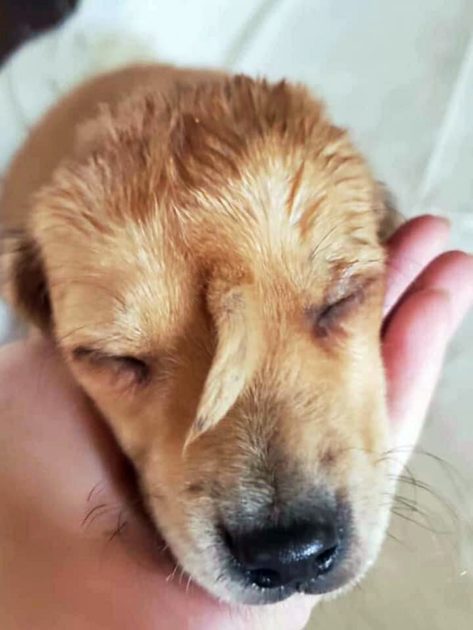 Mac’s Mission is a rescue in Jackson, Missouri, that helps homeless dogs and other animals with urgent special needs or injuries that would be euthanized otherwise.

While they specialize in Pit Bulls, they take in any breed. They aid all breeds of special needs, as well as the homeless animals who have zero chance or survival, due to shelters and other rescues not having the resources to help them.